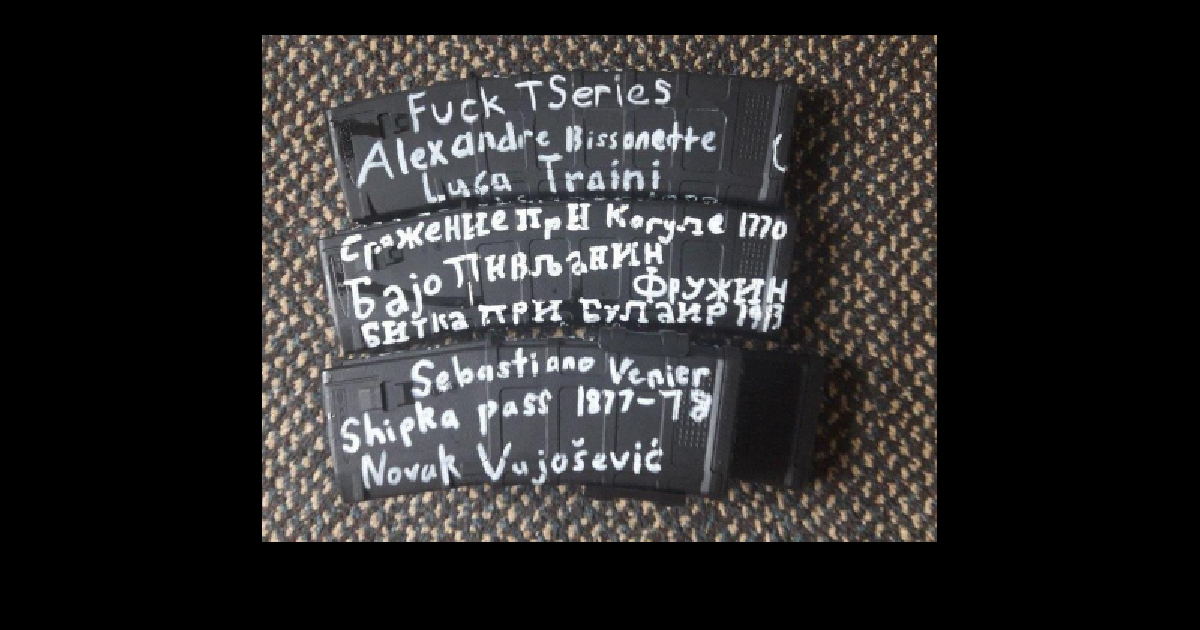 At least two gunmen attacked two mosques in Christchurch, New Zealand at around 1:40 PM, local time, according to the New Zealand Herald. Police have not confirmed a death toll but reports range between 9 and 40 people have lost their lives, with at least 20 additional people wounded.

One of the shooters wore a camera mounted to his head which captured the terrorist opening fire on crowds from outside one of the mosques before entering. Local police have been made aware of the footage and have stated on twitter that they will be attempting to remove links to it from the public domain.

Robert Weatherhead, a resident of the Oakward Close neighborhood near Christchurch, where the shooting took place, told CNN affiliate, NEWSTALK, that he sheltered those fleeing the Masjid al Noor mosque.

He described the gunman as “white, aged in his 30s or 40s and wearing a uniform,” probably personalized military surplus by the look of his Twitter posts.

Benjamin Jellie, another local resident, said he ran outside when he “heard at least 20 (gunshots).”

One of the attackers posted a thread to 4chan’s /pol/ or “politically incorrect” board before his attacks with links to the live-stream and his manifesto. Facebook has, as of writing, forbade the sharing of the post via post and messenger.

The manifesto explicitly states that the attack was motivated by white supremacy.

The 74 pages of rants and stolen poetry disavow democracy, multiculturalism, and genetic mixing. The terrorist called his attack a retaliation for attacks perpetrated in Europe by radical Islamic terrorists and said his motivation was primarily a fear of “white genocide,” and explicit cited the infamous “fourteen words.”

In addition to typical white supremacist talking points, the manifesto states in no uncertain terms that the attackers wish to “polarize” and “destabilize” western culture. A particularly revealing quote from the killer states:

“With enough pressure the left wing within the United states will seek to abolish the second amendment, and the right wing within the US will see this as an attack on their very freedom and liberty. This attempted abolishment of rights by the left will result in a dramatic polarization of the people in the United States and eventually a fracturing of the US along cultural and racial lines.”

The manifesto of one terrorist.

The attacker seems to have explicitly attached himself to already divisive topics. It should be taken into account when discussing the murders’ use of an AR15 style rifle, the 4chan website, or his quip referencing YouTuber PewDiePie that the demonization of these things was intentional.

PewDiePie rebuked the use of his name by the terrorist on Twitter saying quote, “Just heard news of the devastating reports from New Zealand Christchurch. I feel absolutely sickened having my name uttered by this person. My heart and thoughts go out to the victims, families and everyone affected by this tragedy.”

In the face of an evil that wishes to divide us it is important we take time to dedicate ourselves to the truth so we may better stand up together against murderous villains.

[While writing, TLR staff encountered media created by the terrorists. While we are certain a determined researcher could find this information easily, TLR refuses to contribute the propagation of media or the expressed message of deranged killers such as this by providing links or media the killer wished to popularize.]

This report was written in part by TLR reporter Caleb Shumate.