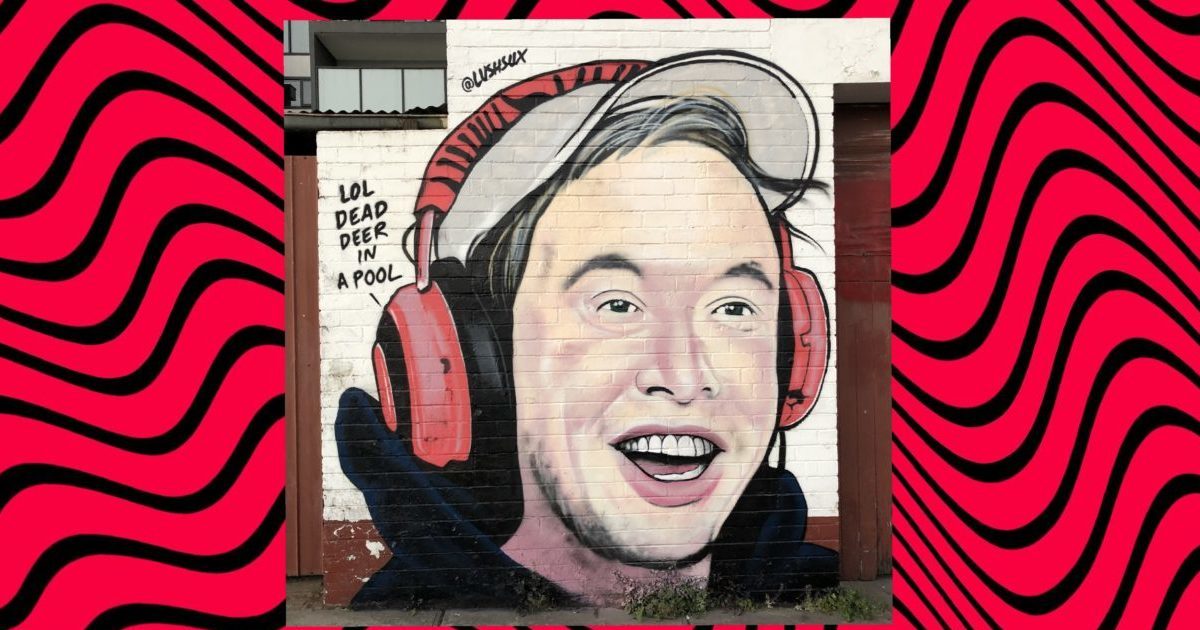 Elon Musk, the often memed multi-billionaire responsible for Tesla and SpaceX, joined Rick and Morty creative, Justin Roiland, in laughing at dead memes and animals in an appearance on the channel of YouTube’s largest, and least favorite content creator, PewDiePie (Felix Kjellberg), on Friday.

If it seems strange that this is news, or that it happened at all, allow me to explain what makes this so interesting to the “kids these days” and Forbes alike.

PewDiePie, who rose to fame several years ago as a gaming YouTuber, has been constantly in the spotlight for several controversies almost entirely attributable to his edgy humor for the last several years.

Predictably, Kjellberg’s taste for offensive humor made him the target of outlets suspect of free speech. What may be surprising to some is that PewDiePie videos often overtly feature political topics or personalities associated with conservatism and or the “intellectual dark web.” Kjellberg has promoted Jordan Peterson’s work repeatedly, come out against intellectual property legislation in the European Union, and has even featured Ben Shapero on Meme Review as a guest host.

That’s where Roiland and Musk enter the picture.

Roiland writes for the television series “Rick and Morty,” a show famous for its wit and irreverence, and there is probably a large intersection between his and Kjellberg’s audiences. Musk, on the other hand, is not an entertainer but an entrepreneur invested in new tech: electric automobiles, space exploration, and high-speed rail. Although Musk’s presence is less understandable than Roiland’s on the surface, but for those who follow Musk on Twitter it may not be so confusing.

Musk, like Kjellberg, has had a difficult relationship with the media. From Twitter fights with scuba divers to scraps with the Securities and Exchange Commission, Elon has been a media pariah for most of a year.

After an episode of Meme Review featuring a fan request for Musk to host the show, Musk sent this Tweet:

“The last year particularly has been meme city,” Musk said in Friday’s video.

Although originally teased by fans as a joke, the appearance of the two guest hosts on PewDiePie’s show “meme review” comes at a crucial time for Kjellberg’s channel. PewDiePie has been the biggest channel on YouTube by number of subscribers since August 2013 and that title has only recently been challenged.

“T Series,” an Indian music label, started to get media attention in America last November when it seemed the label’s YouTube channel was on track to outpace PewDiePie in subscribers. Thanks to a widespread cultural movement by YouTube creators and viewers, PewDiePie has remained consistently ahead of T Series in subscriber count. Each have gained a staggering 23 million subscribers in that time. Mere hours before Friday’s meme review was released, T Series managed to narrowly surpass the YouTuber by coming within one, (yes, 1) subscriber of tying him and his two-man editorial team. At the time of writing the gap sits at 129,701 in favor of PewDiePie.

This video shows the battle over the course of 4 months:

As the advertising market continues to shift towards investment in new rather than old media, online publications, notably, Forbes, The Washinton Post, The Wall Street Journol, The Guardian, The Verge, Buzzfeed, along with others, have seized on every opportunity to paint Kjellberg as the face of YouTube’s advertising woes. The WSJ notably was caught mischaracterizing portions of Kjellberg’s skits to make him appear anti-semitic, last year.

[The author would like to note that many of the sources here cited express extreme prejudice against Musk and or Kjellberg. The author would also like to express that he is a nine-year-old and that you should subscribe to PewDiePie]