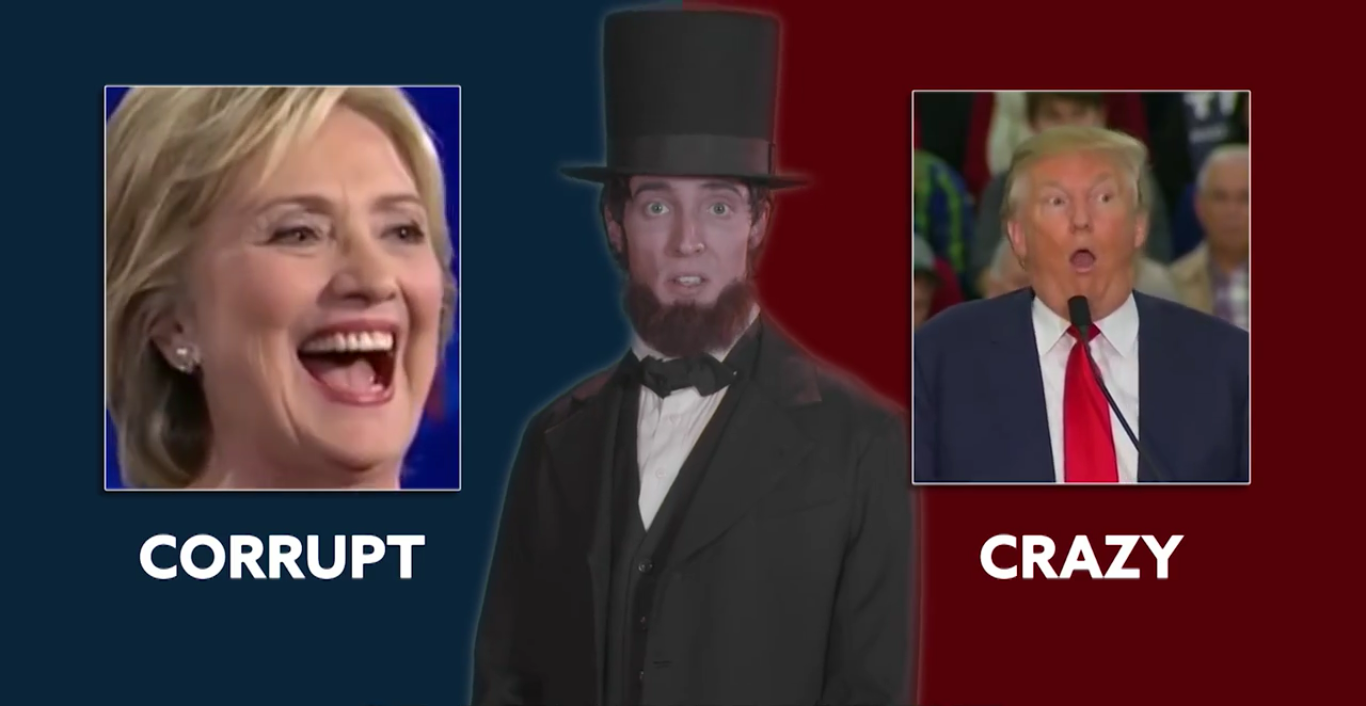 In a new ad, the website Balanced Rebellion uses “Dead Abe Lincoln” to appeal to the frustration of American voters while informing about Gary Johnson. It also lays out the site’s objective: matching Democratic voters with Republican voters so as to avoid “indirectly” voting for the other candidate.

The faux Lincoln then goes on to say that if America is Gotham City, Hillary Clinton is the mob and Donald Trump is the Joker. He points out that perhaps it’s time to vote for Batman (in this case, Governor Johnson). The ad identifies all of the many reasons Johnson can appeal to both sides and win the election.

The site could prove to be a great “free market” solution to eliminating the “wasted vote” fallacy. Particularly in an era of increased social media interaction, Balanced Rebellion allows voters to know that there are others like them. Additionally it helps to show that the refrain of third-party votes being votes for other candidates is complete nonsense.

If there were ever a year where a third-party candidate could prosper, 2016 would be it. Importantly in the ad, the Lincoln lookalike notes that he is not a Libertarian, but that Johnson is still his choice. He adds that even if there are positions where voters might disagree with Johnson, he is far superior to the other two. In order to be successful, Libertarians must appeal to independents and moderates moreso than hard-line libertarians. The latter group provides a lot more ground to gain than in the former.

Watch the new ad below: