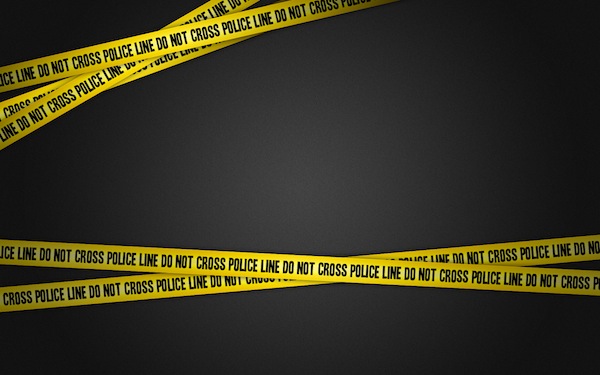 KANSAS CITY, MO – Cell phone video of a brutal brawl that ended in the death of a Kansas City firefighter was released recently. The video shows the firefighter, who was off duty and had just been married, getting into a confrontation with a cab driver and then escalating the conflict with an officer who attempted to arrest him.

Anthony Bruno died from two gunshot wounds to the chest on the evening of his nuptials after he got into an altercation with a cab driver and was confronted by officer Don Hubbard. Bruno resisted arrest, pinning Officer Hubbard to the ground and repeatedly punched the policeman. Officer Hubbard received multiple injuries, including broken bones to the face and was cleared of all charges in the shooting, citing self defense.

Bruno was reportedly highly intoxicated after his wedding reception and video footage from the reception earlier showed he was having trouble standing up. Stephanie Bruno reported that her late husband was “somewhat intoxicated” but that “he wasn’t slurring his words or falling over.”

Eyewitnesses claim that the shooting appeared justified due to the extreme violence that Bruno brought to bear against the arresting officer. “I did not see any other circumstance than to shoot him. I mean he has to do something because he was going to get a head bleed from the traumatic brain injury,” said Ashley Janzen, a nurse and eyewitness. “And since I am a nurse and I saw the officer’s head getting smashed against the cement, he was definitely going to get a subdural hematoma.”

“I think it’s just, you know … not really anybody’s fault. It is a situation that went wrong,” Janzen said. “He had his head beaten against the cement and he had no other alternative than to react by shooting the guy and it’s just a horrible kind of tragedy for both of them.”