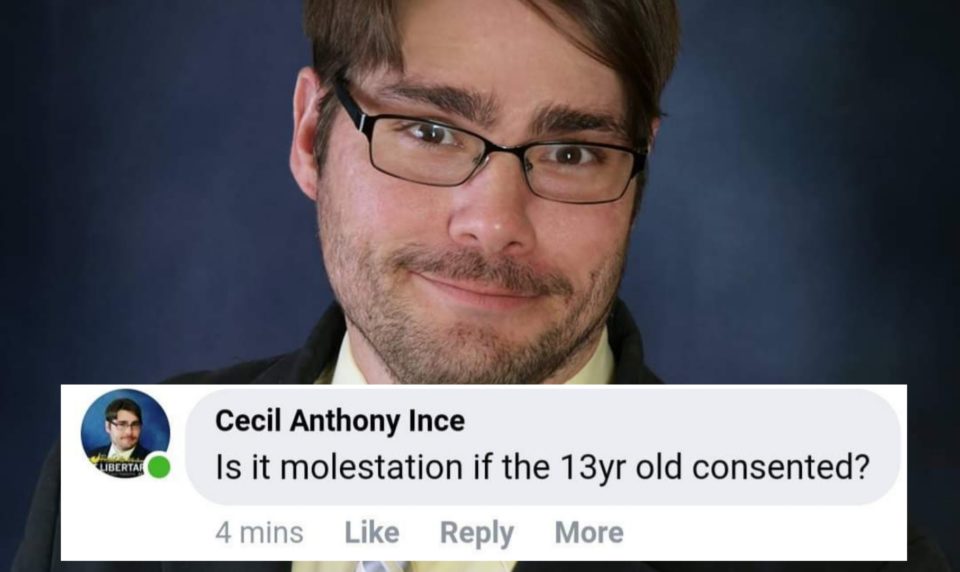 Age of consent is an awkward hill many Libertarians choose as their hill to die on. And most who choose that hill, do indeed die there.

Yet, a very curious individual has chosen that hill, which should disturb parents with school-aged children throughout the state of Missouri.

Cecil Ince is not only a member and Vice Chair of the Missouri Libertarian Party, but is also on the Missouri Special Education Advisory Panel. Ince argued on Facebook in favor of school-aged children having sex with teachers and adults.

The incident began with a post on Facebook from Benjamin Leder.  Leder called out a Libertarian who sympathized with a female teacher who had sex with a 13 year old boy. 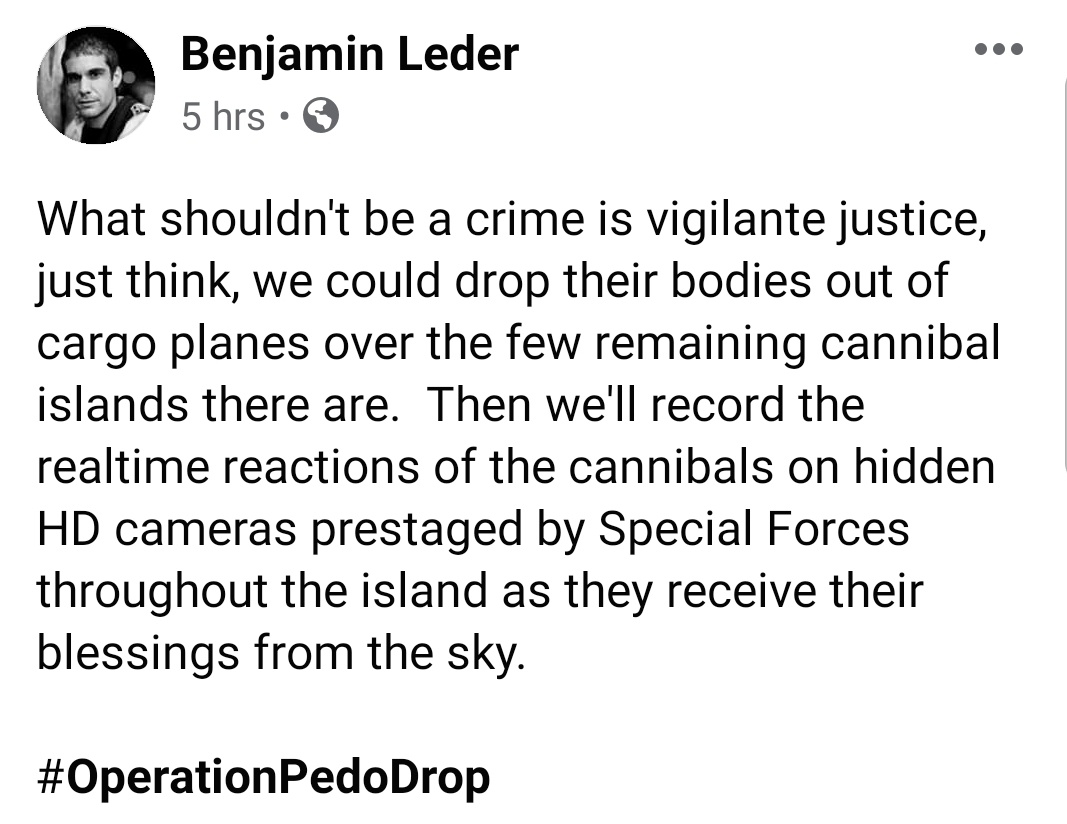 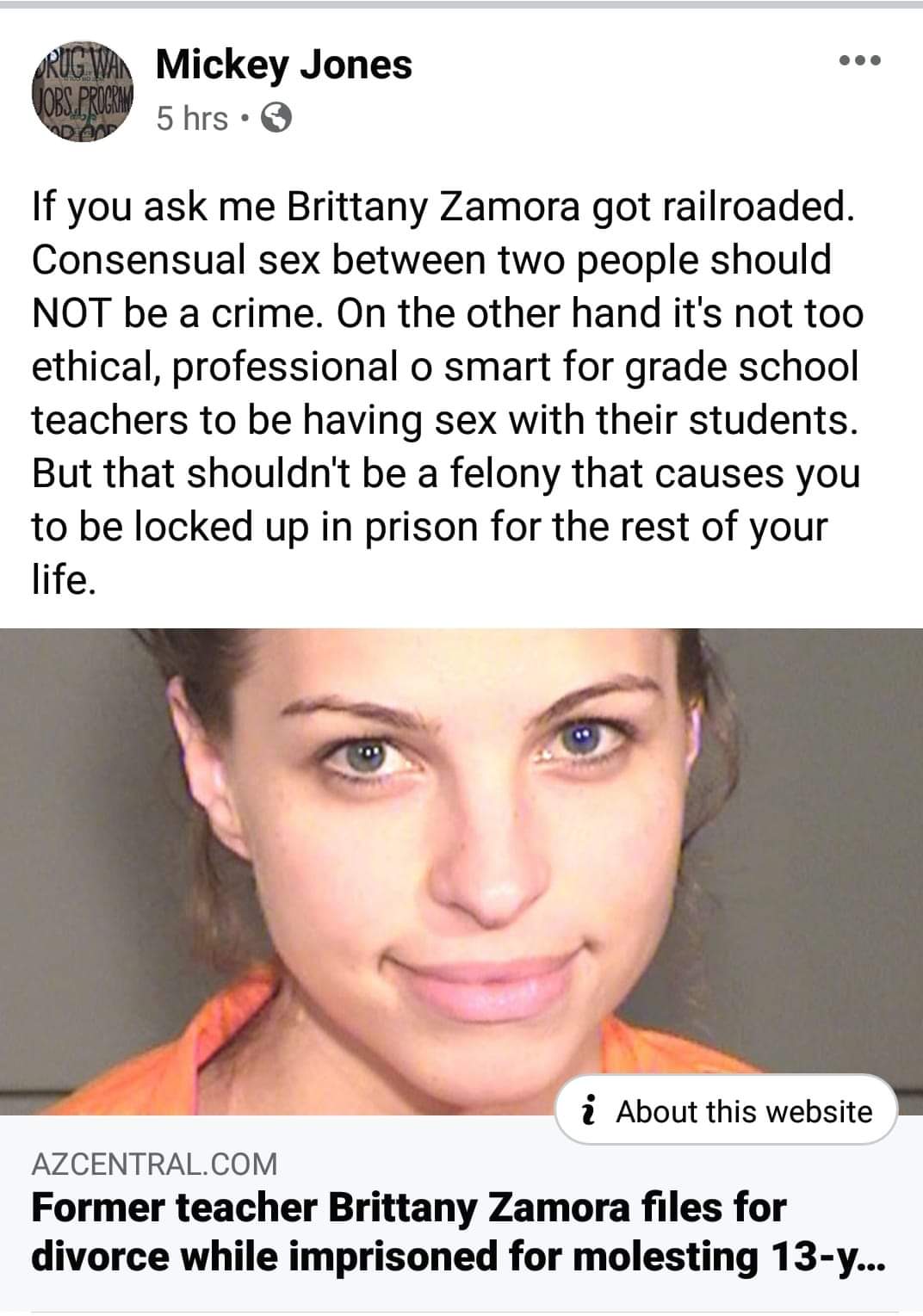 And in the comments section, we found Cecil Ince, who asked if it was really molestation if the 13 year old consented. We also found Ince to be on the Missouri Special Education Advisory Panel. In other words, the most vulnerable of children. 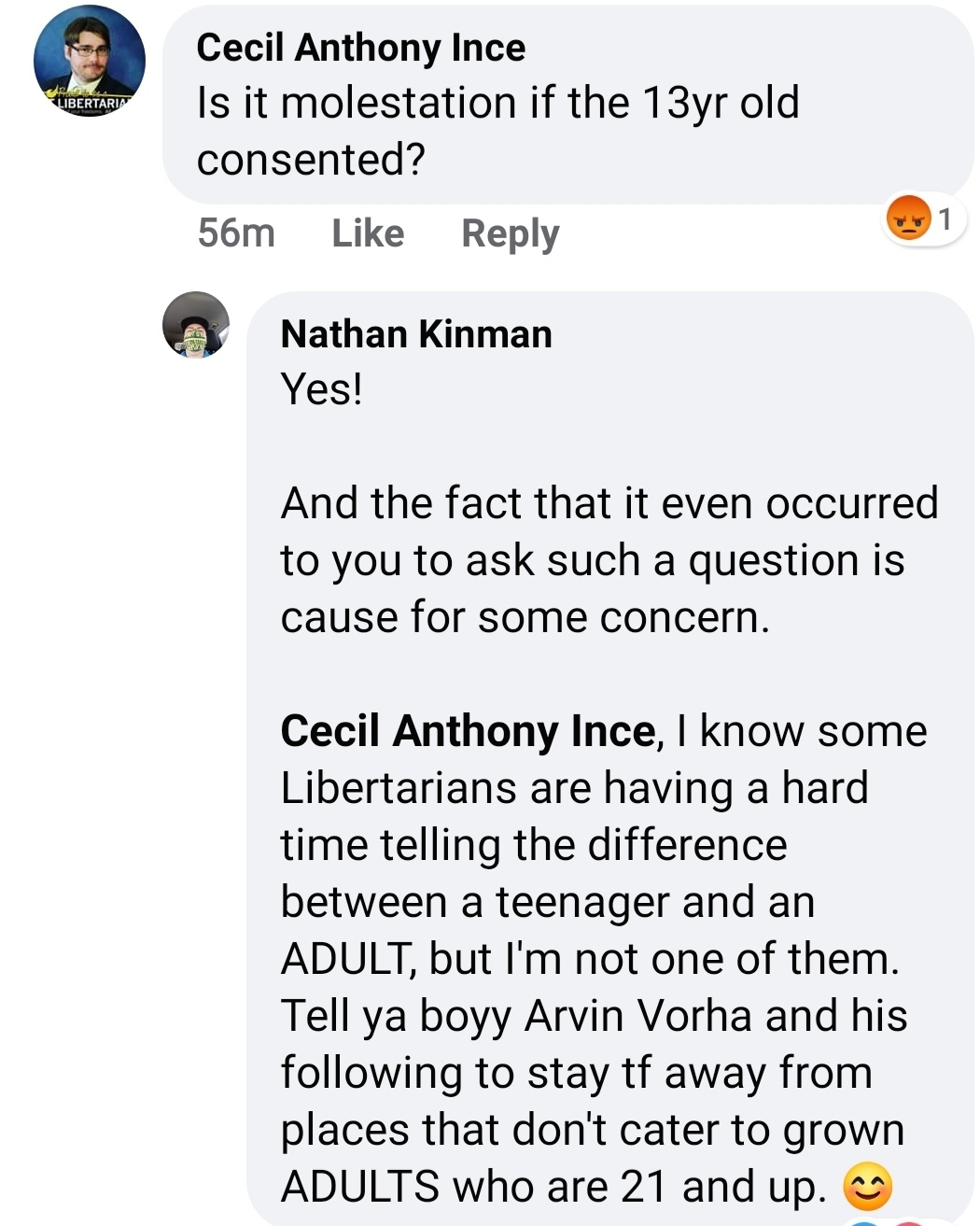 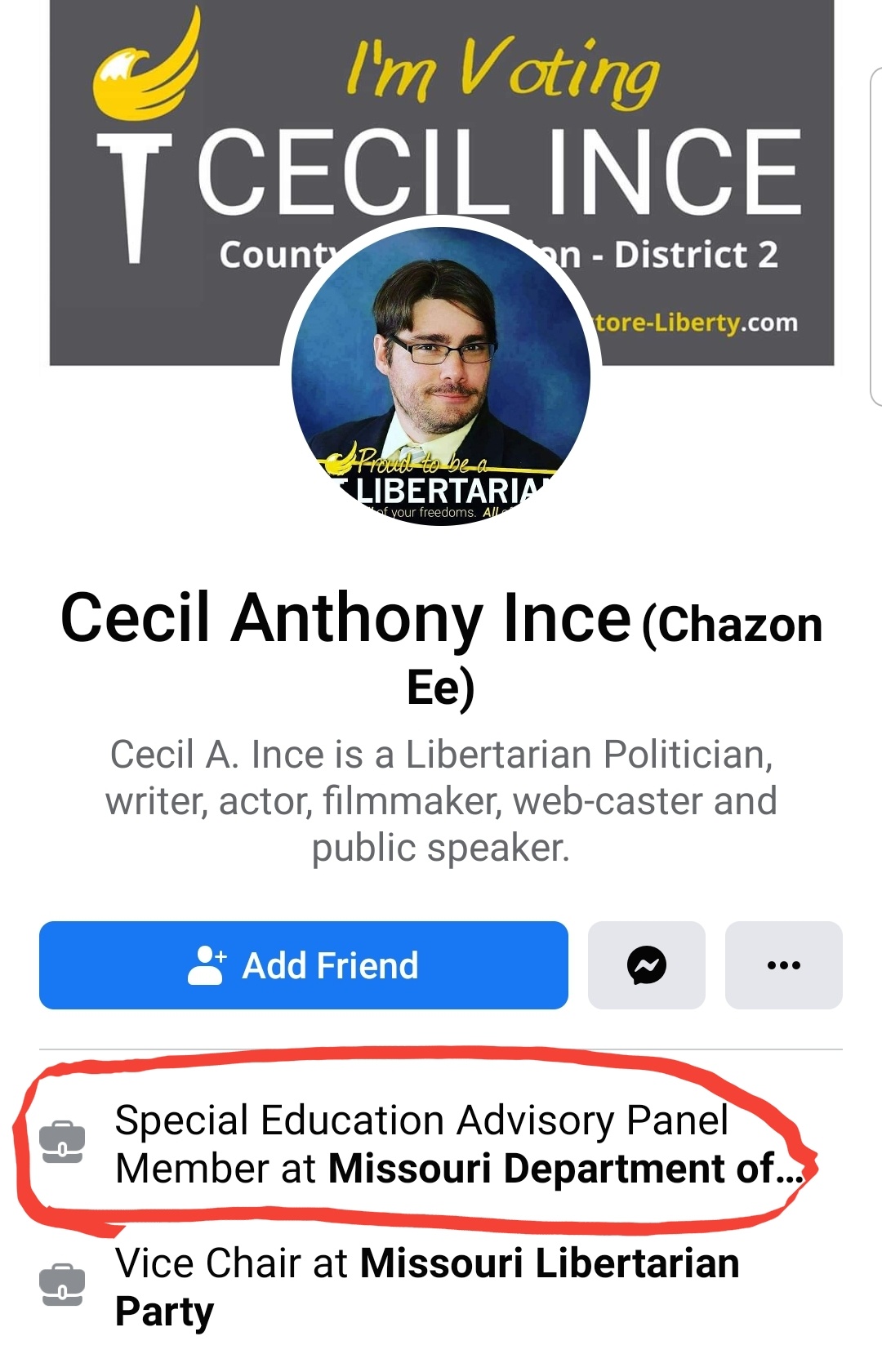 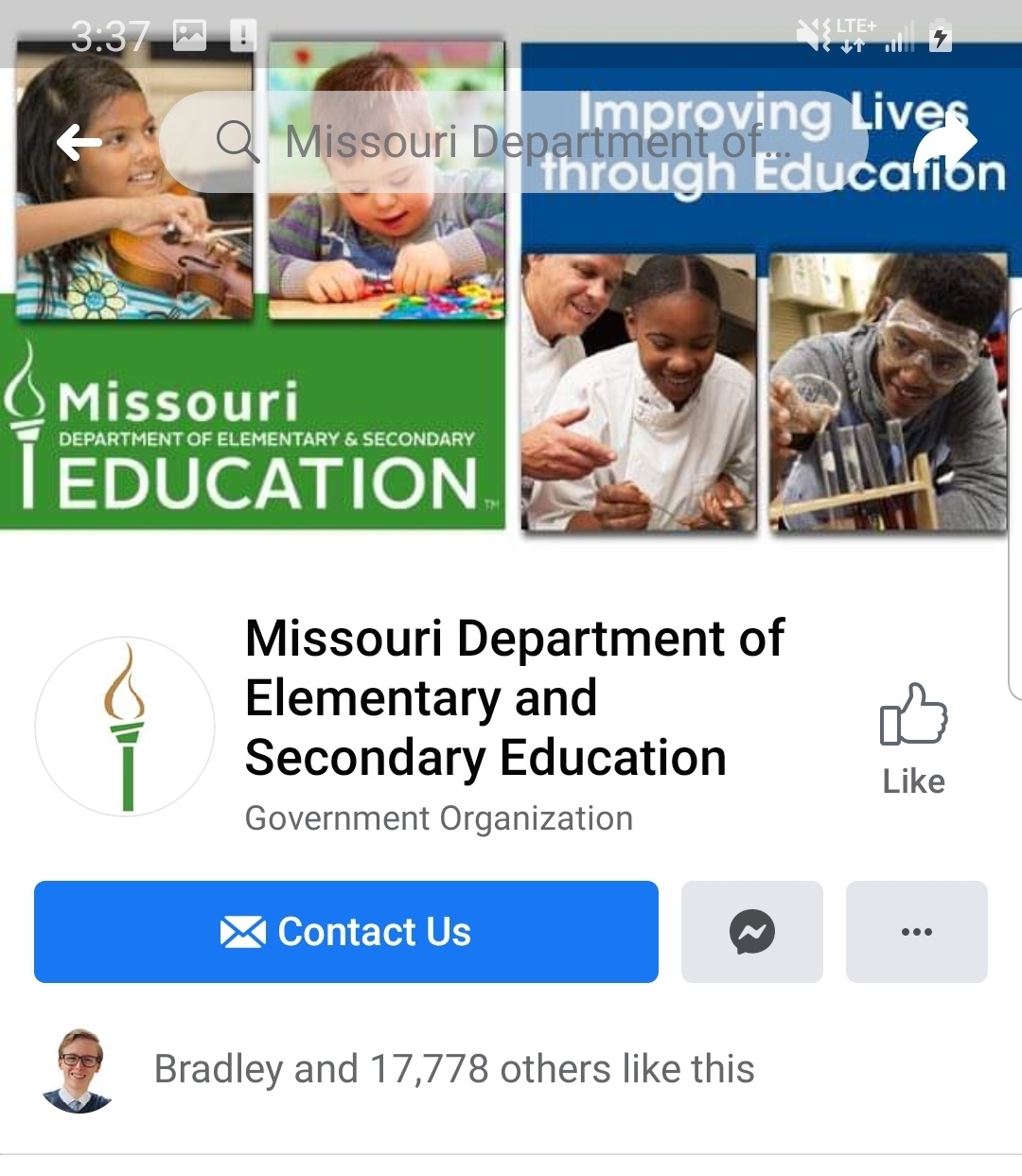 But it wasn’t a naive or earnest question. Especially not from someone in Ince’s position. He wanted to have an argument to defend this position, while holding an appointed position in government over the education of not just any child, but special needs children. This is a huge red flag.

Ince likens the idea of children having sex with adults to children experimenting with cigarettes. An adult who has sex with a child? They just need counseling. 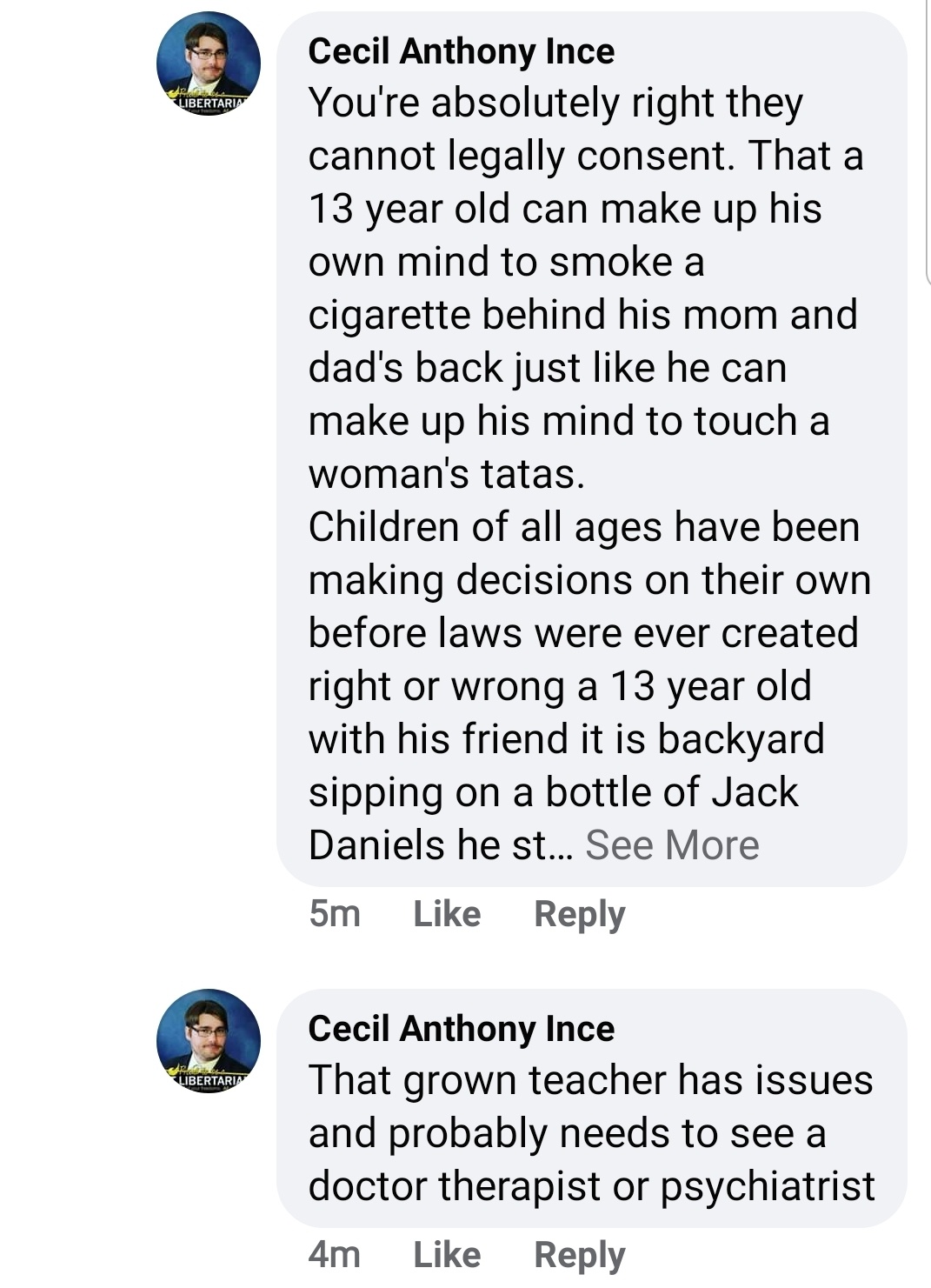 Ince also backs up his ideas with fictional novels like Lord of the Flies. 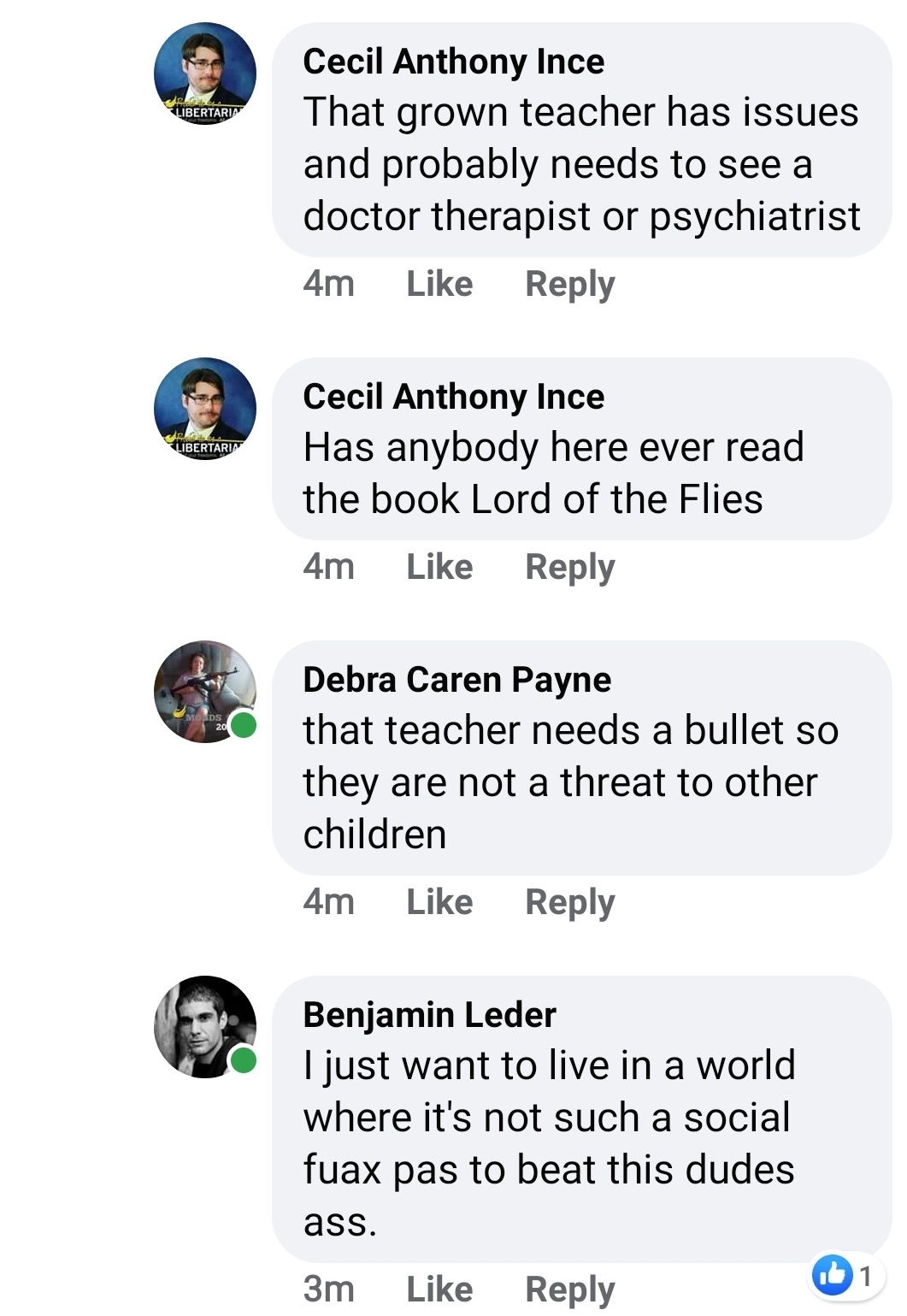 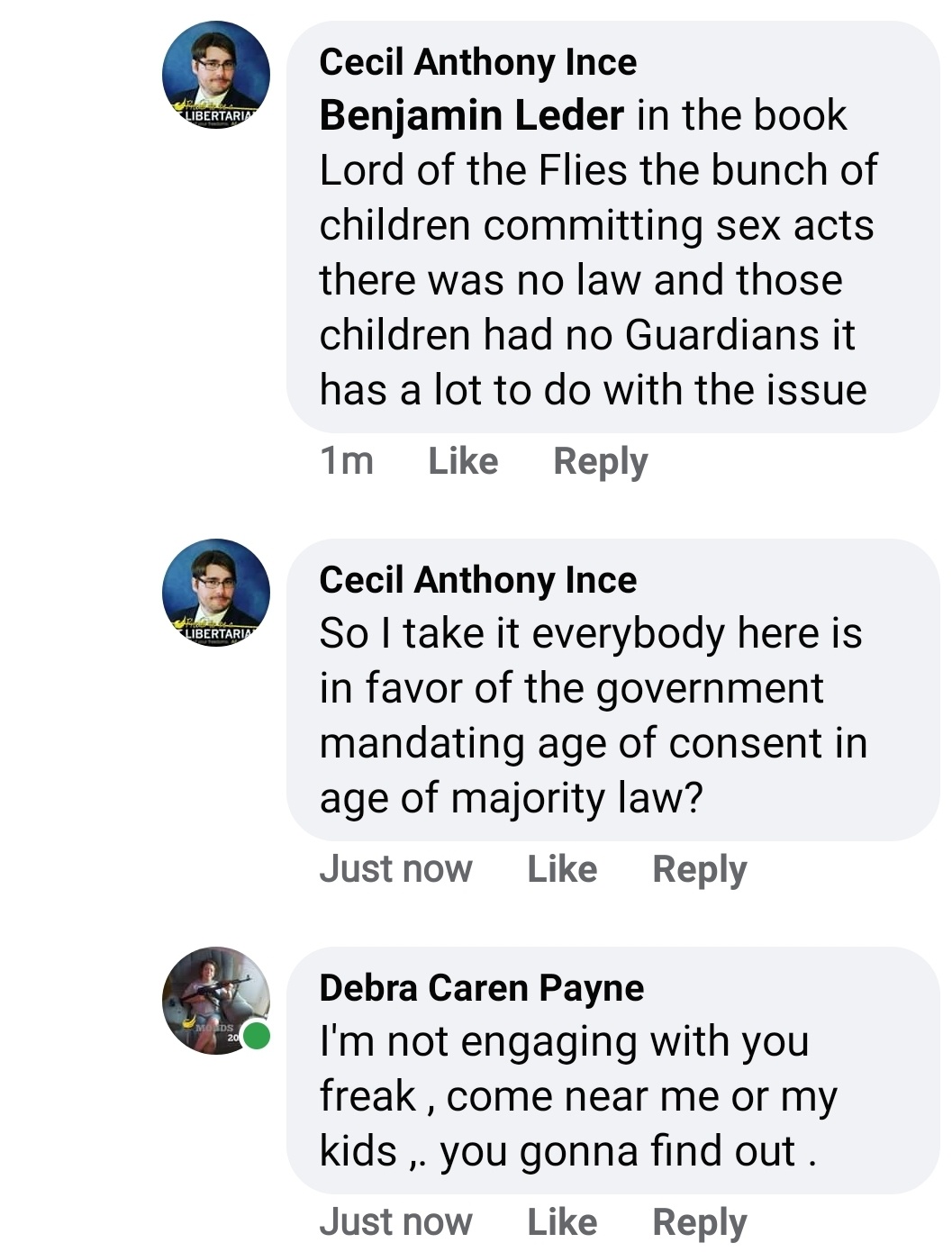 He also stated that children are the property of their parents. He believes it is up to the parents to make a decision to be the consenting factor as to whether or not a child can have sex. 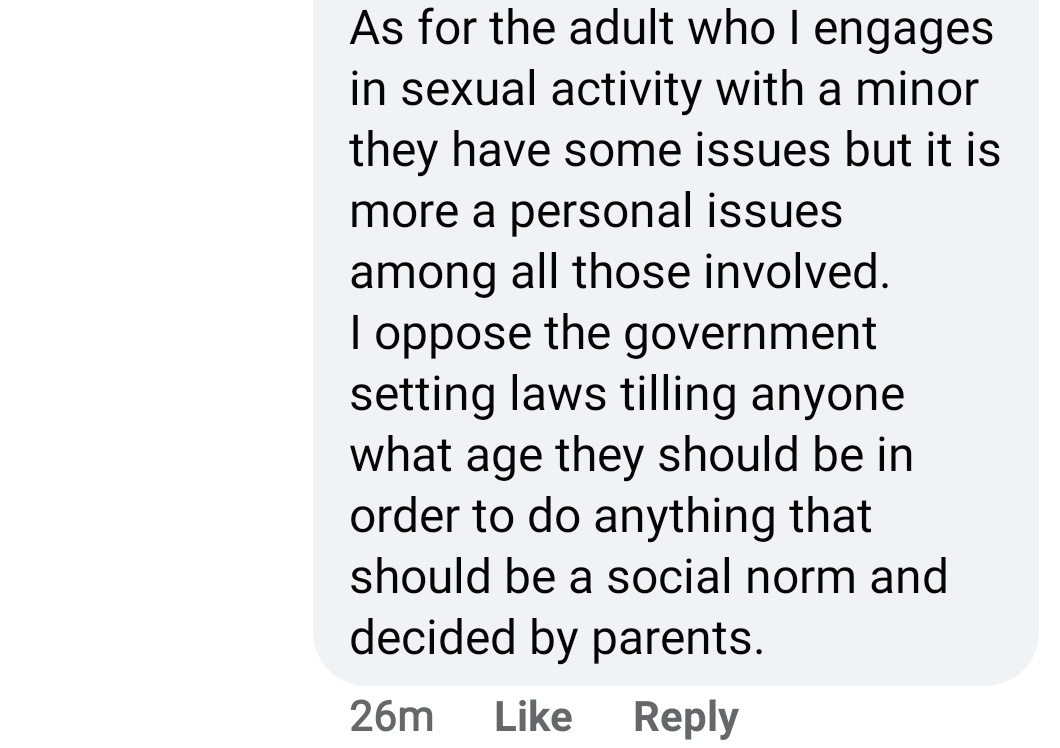 Forget the low hanging fruit of child sex trafficking where there isn’t a parent in the equation. And forget the foster care system. 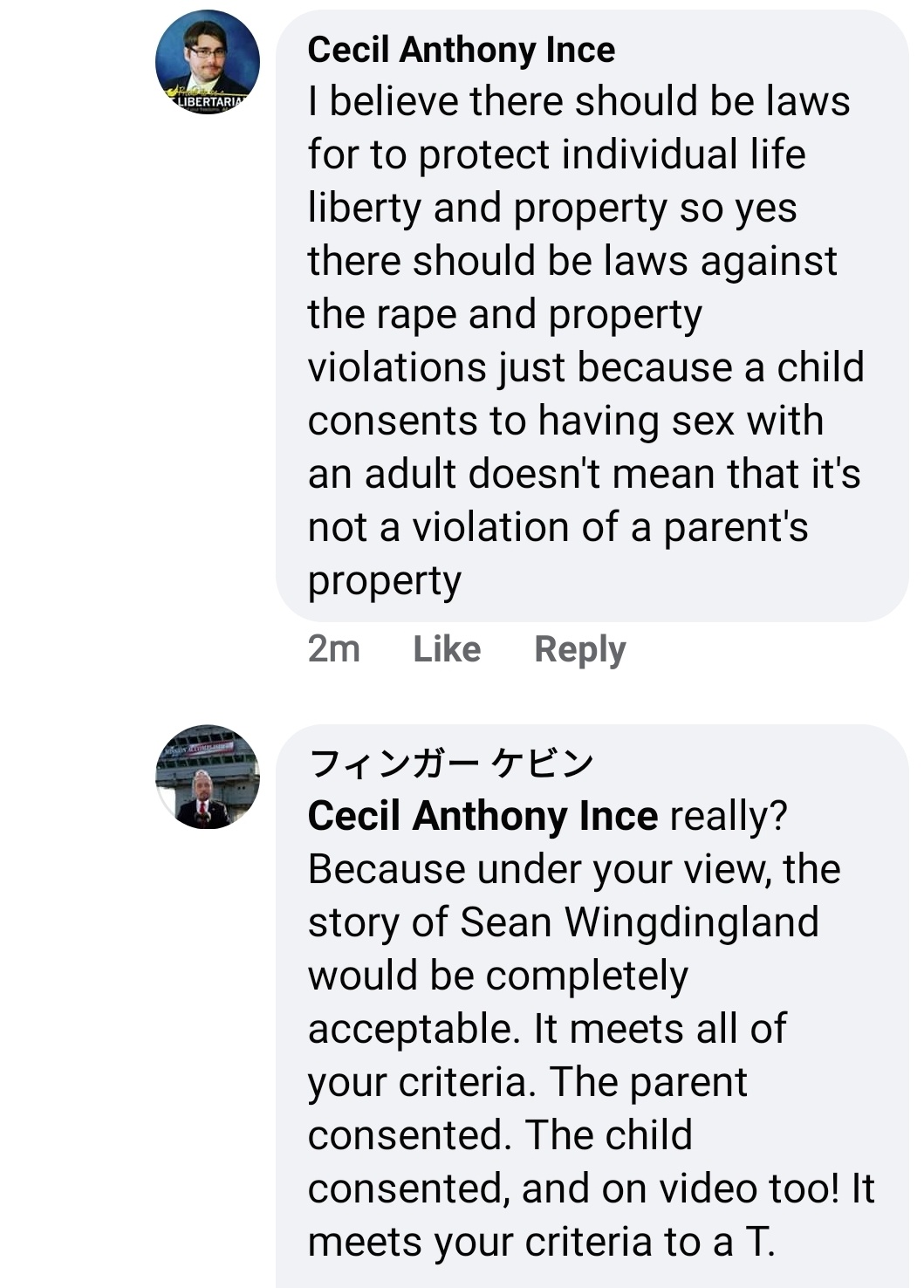 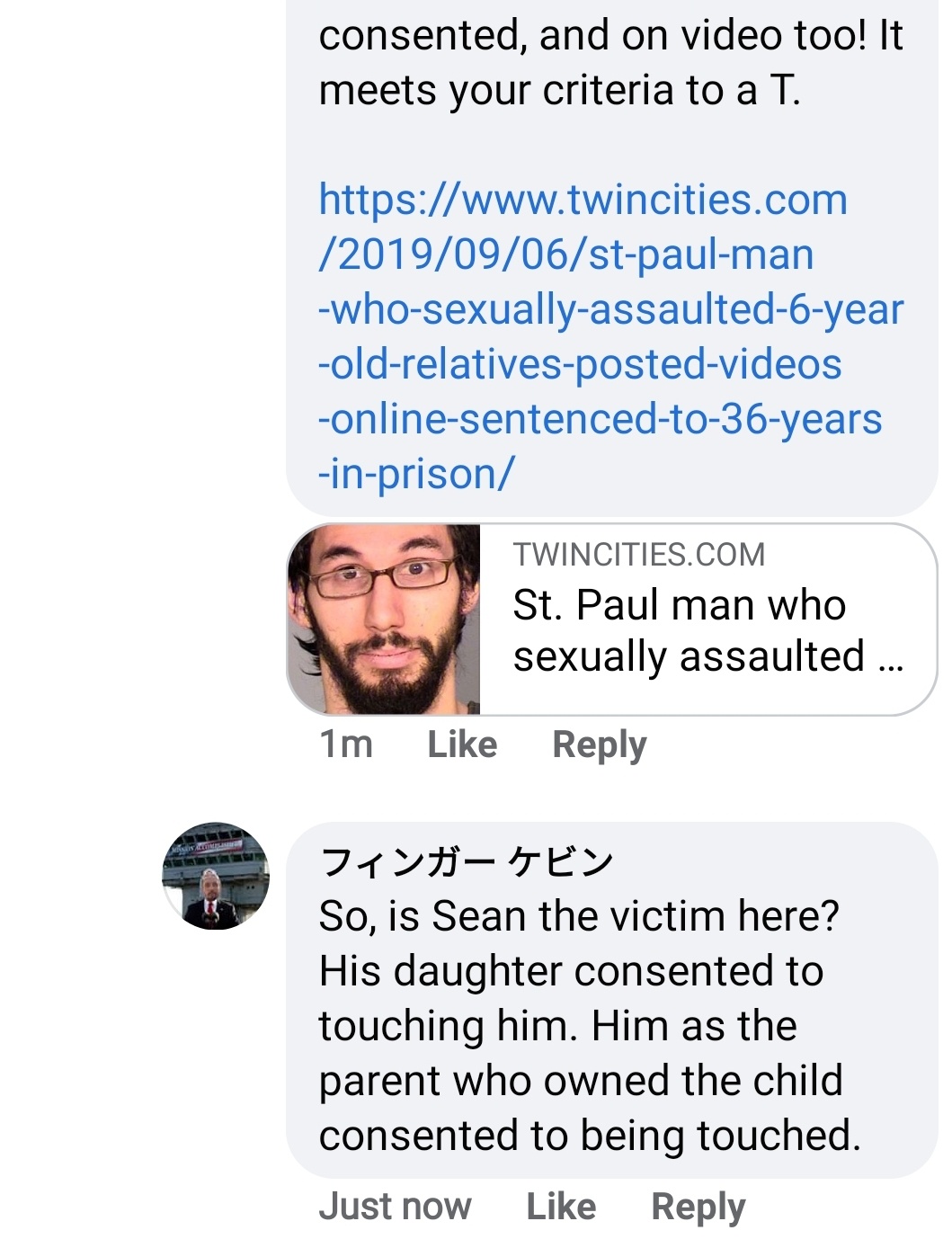 Wingdingland is now serving 36 years in prison, despite his defense plea that his children consented to it.

Yet, Ince could not answer this. His only response was, “You can’t rape the willing.” 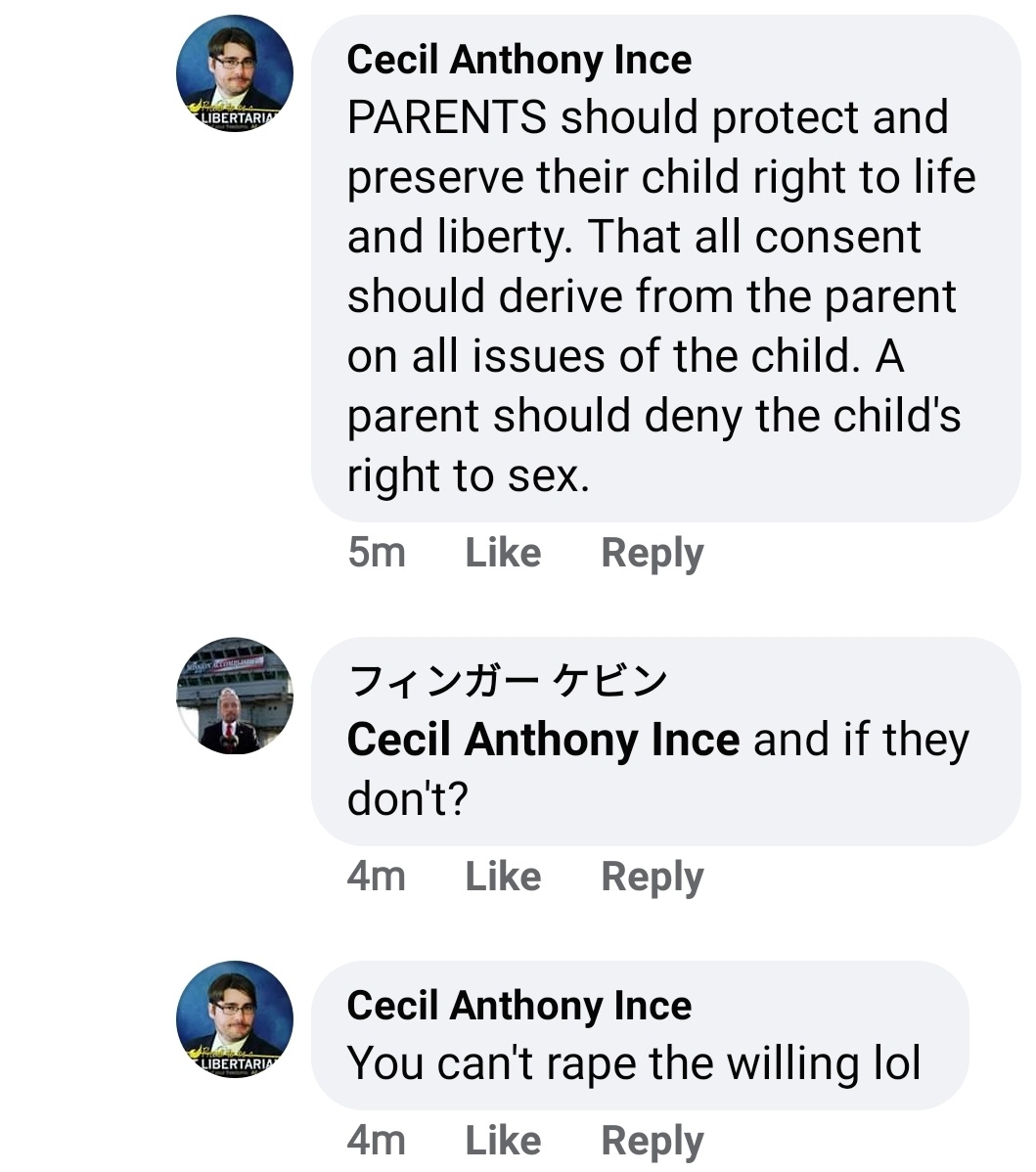 And of course, kids just want to see titties, amirite? So of course child sex is cool. 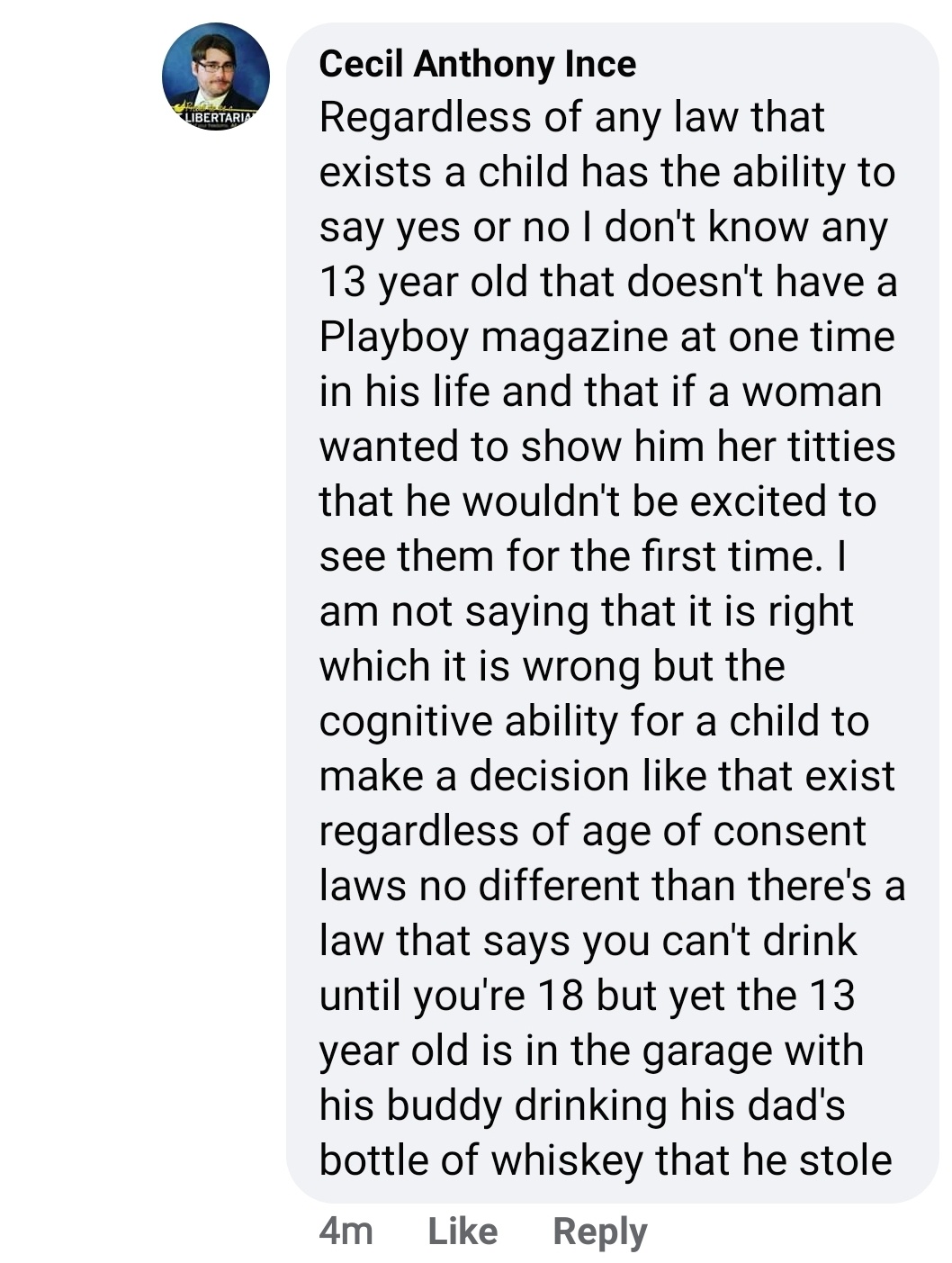 But I suppose the real test as to whether it’s moral or not, is if kids would sleep with Scarlett Johansson. 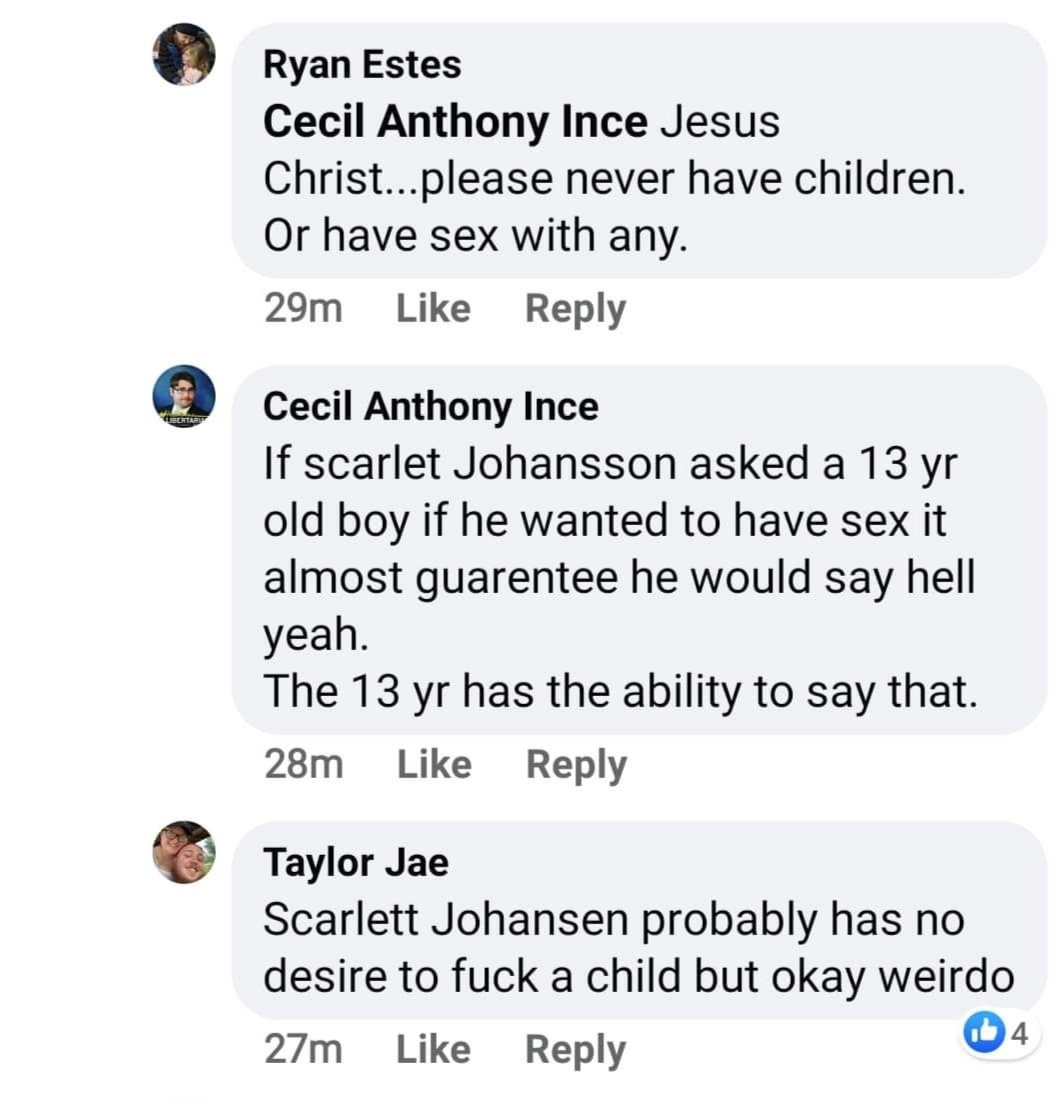 When contacted regarding this issue, the chairman of the Missouri Libertarian Party stated, “Cecil was  not speaking on behalf of the MO LP.”

UPDATE: We have been provided with a message from an individual who contacted the Missouri Department of Elementary and Secondary Education, indicating that Ince has been removed from the panel. His Facebook account also appears to be deactivated.

Update 4:00pm:
Cecil Ince has resigned all positions with the Libertarian Party 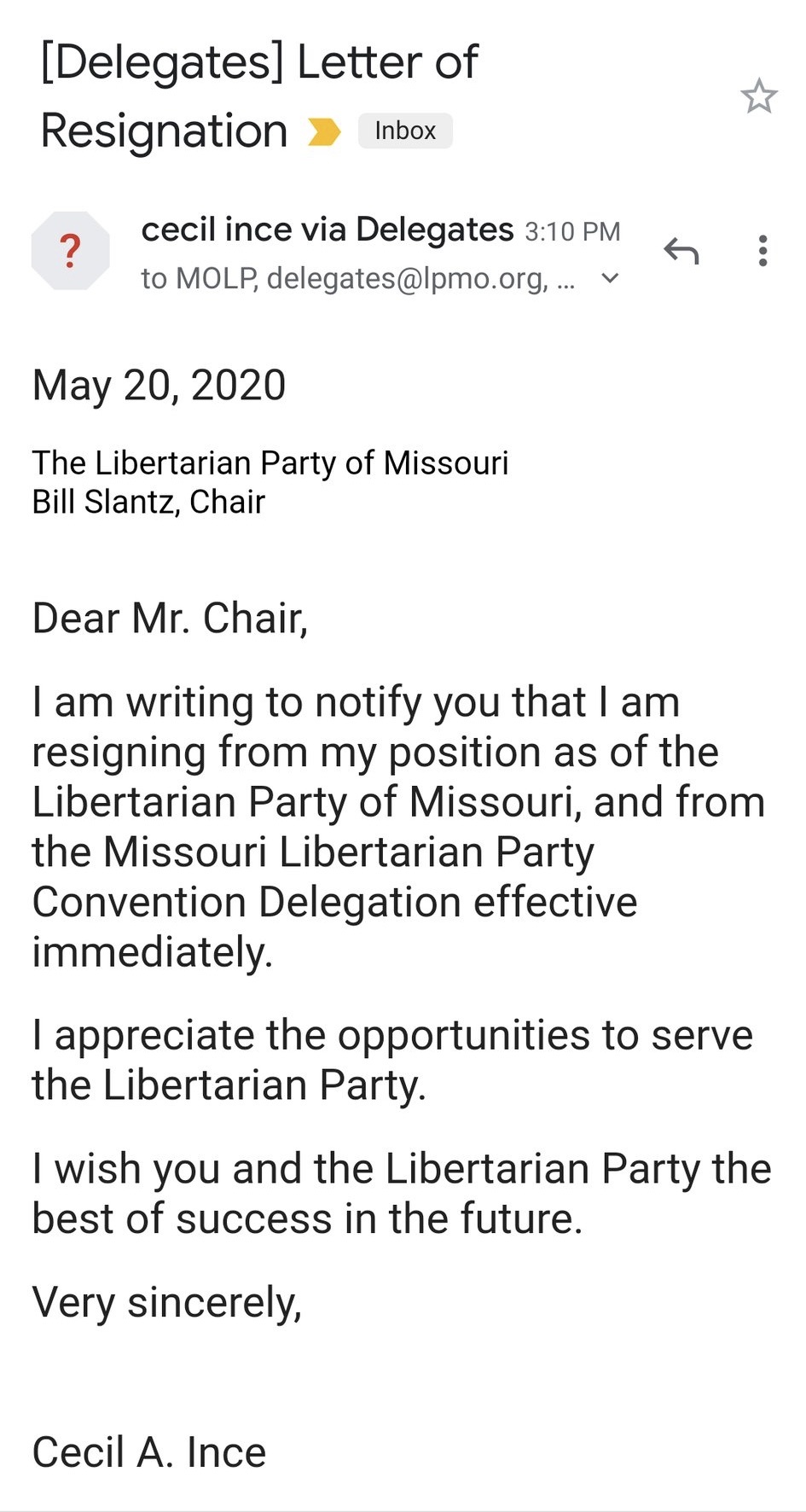 Update 6:15pm:
Cecil Ince is a candidate for the Greene County Commission’s 2nd District. As of 5:00pm, he has not withdrawn his candidacy.

What Is Special About Gambling in No Deposit Casinos?

International COVID-19 Report Shows The US is Performing ‘Average’ Comparatively