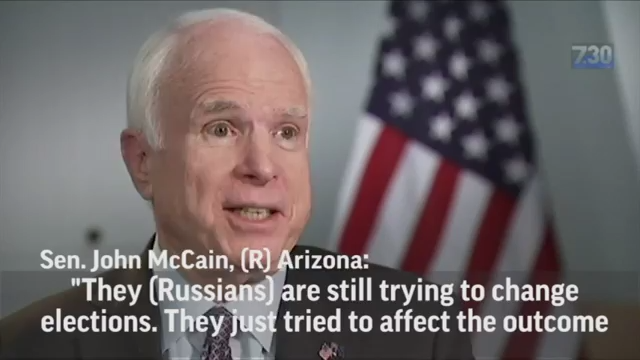 Republican Senator John McCain said that Russia, not the Islamic State, is our greatest foreign threat in an interview with ABC News Monday.

“I think ISIS can do terrible things … but it’s the Russians who are trying, who tried to destroy the very fundamental of democracy and that is to change the outcome of an American election,” McCain said.

He then accused Russia of also trying to hack the French Presidential election.

The interview then shifted to the recent coverage of Jared Kushner. Trump’s Son-in-law and top White House adviser.

When asked about the back channels Kushner was trying to set up with the Russians, McCain did not agree with members of the Trump administration that this was standard protocol.

“I don’t think it is standard procedure prior to the inauguration of a president of the United States by someone who is not in an appointed position.”

Despite heavy criticism of President Trump, McCain did praise his national security team and laid part of the blame for problems abroad on the Obama administration.