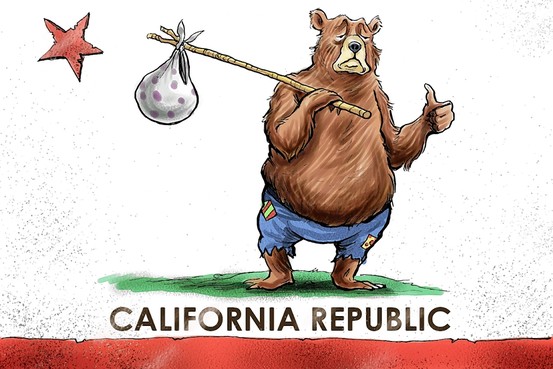 The California Senate Appropriations Committee passed a $400 billion universal health care bill Thursday with no plan to pay for it.

The committee passed the bill in a 5-2 vote, sending it to be taken up on the senate floor next week. The bill, known as the Healthy California Act, was introduced by Democratic Senator Ricardo Lara, who also chairs the Senate Appropriations committee.

The Appropriations Committee’s passage of the bill closely followed Monday’s release of the first cost assessment of the bill, which projects the bill would cost more than the state’s entire budget for the year beginning July 1.

The large price tag attached to the bill, which would eliminate the private insurance market, is indicative of its far reaching implications. If passed, the new legislation would allow access to “all medical care determined to be medically appropriate by the member’s health care provider.”

The legislations gives a nearly exhaustive list of treatment options including acupuncture and chiropractic care. Under the proposed system all 40 million Californians would be able to see any specialist without a referral, and co pays and deductibles would be prohibited.

The new bill, which places no health care utilization restrictions on Californians, would be paid for in part by $200 billion in funds reallocated from other government health care programs like Medicare and Medicaid. The state would be required to implement a $200 billion tax hike in order to cover the remaining cost of the bill.

The Senate staff analysis found that a $200 billion tax increase would be equivalent to a 15 percent payroll tax increase on top of the 15.3 percent already taken out of Californians’ paychecks. The report concludes that “the state-wide economic impacts of such an overall tax increase on employment is beyond the scope of this analysis.”

Vice Chair of the Appropriations Committee, Republican Senator Patricia Bates referred to the bill’s passage a “violation of the process.”

“We’re thinking about it as a concept that we’re going to pass without any detail,” Bates told the Sacramento Bee. “I hope at some point rational thinking kicks in and we’re not just driven by this lobbying effort. Good policy doesn’t come out of intimidation.”