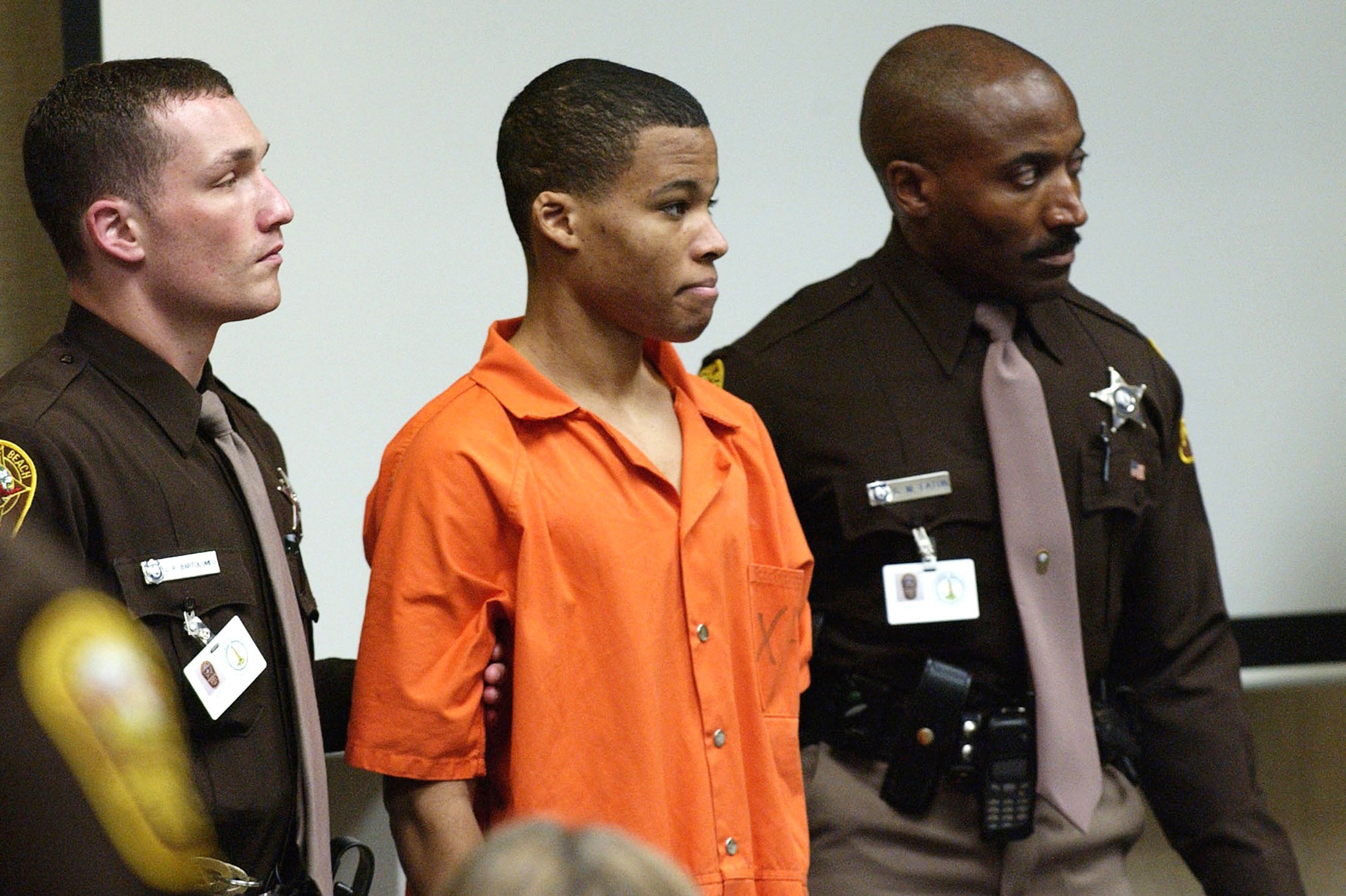 A federal judge has overturned two life sentences for Lee Boyd Malvo, the man who terrorized Washington DC in 2002 with a series of sniper-style shootings.

The judge said Malvo is entitled to new sentencing hearings, after a U.S. Supreme Court ruling that mandatory life sentences for juveniles are unconstitutional.

Malvo appealed his sentence based on the 2012 Supreme Court decision in Miller v Alabama that ruled that imposing mandatory life sentences without the possibility of parole on juveniles violates the Eight Amendment of the United States.

Malvo was also sentenced to life in prison for the shooting that took place there and his lawyer have filed similar appeals, according to the Associated Press.

Muhammad was executed in 2009.

Obama: We Have To ‘Spread Work Around More’