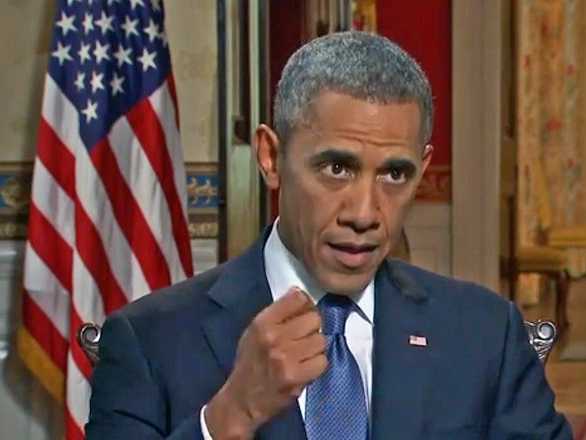 Former President Barack Obama said the country needs to “spread work around more” in an essay on climate change and food published Friday.

“My guess is that, ultimately, what is going to happen is that everybody is going to have to work a little bit less, and we’re going to have to spread work around more,” Obama wrote in The Guardian, describing his view of the consequences of technology innovations. “But that’s going to require a reorganisation of the social compact.”

“That requires that we change our mindset about the link between work, income and the value of people in the teaching profession, or healthcare, or certain things that cannot be done by AI or a robot,” he continued. “And one of my goals as president – one of the goals of every leader of every country right now – was thinking about that time 20 years from now, or 30 years from now, when technology will have eliminated entire sectors of the economy.”

Obama’s piece is an adaptation of a talk he gave at the Seeds & Chips Global Food Innovation Summit, and was published in The Guardian on the heels of a high-profile visit with German Chancellor Angela Merkel in Berlin Thursday. Obama obviously aimed to draw a contrast with President Trump ahead of his meeting with Merkel and other leaders that same day, as he continues to wield his influence untethered from the political realities of the presidency.

“How do we prepare for that?” Obama continued in The Guardian, referring to the emergence of new technologies as though the economy is a zero-sum game. “How do we start creating, or at least having a conversation in our society about making sure that work and opportunities are spread, and that everybody has the chance to live a good and fulfilling life, rather than having a few people who are working 80 or 90 hours a week, and making enormous incomes, and then a large portion of redundant workers that increasingly have a difficult time supporting families. That’s not a sustainable mechanism for democracy and a healthy society.”

Chicago Mayor On Clinton 2020 Bid: ‘It’s Not A Good Question’