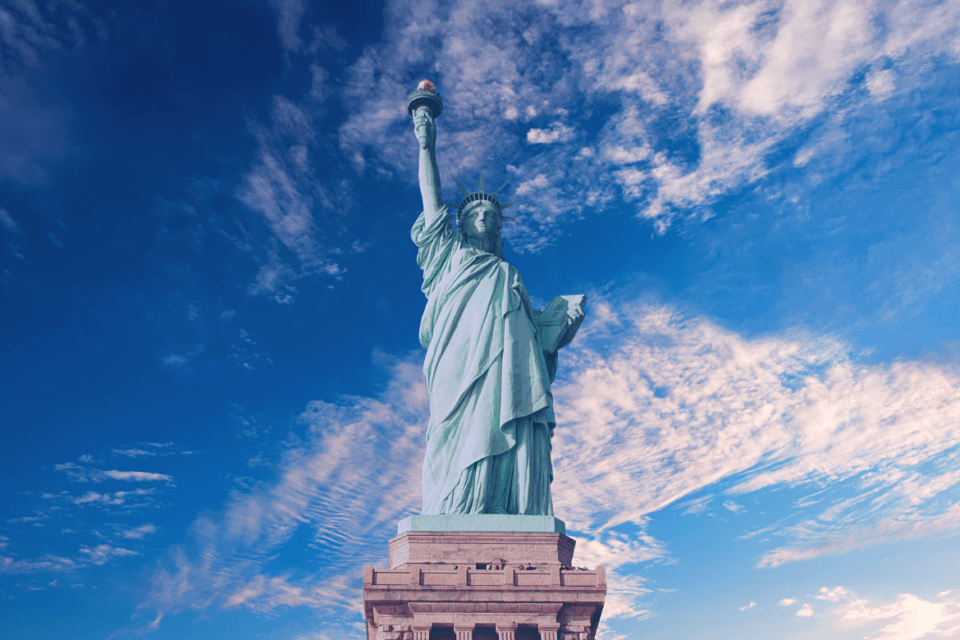 Barring a series of improbable court victories overturning projected election results in several places, Joe Biden will be the next president of the United States.

So, where do friends of freedom go from here? In the past, I’ve argued the best vehicle to advance free markets, limited government and individual liberty is the GOP. After the Libertarian Party’s difficult election night, the argument for revitalizing the GOP around these ideas is even stronger.

While people will likely debate the reasons for Donald Trump’s loss for years, there is a path forward for liberty-minded voters and candidates to build a winning coalition. Doing so requires pursuing an agenda that may seem obvious: offer principled solutions to the problems people care about.

This isn’t a groundbreaking suggestion, but it is necessary in an era where politics is often consumed with personalities and esoteric debates. The answer to this problem is practicality—not in the sense that one must compromise principles to win, but instead, by pursuing an approach that acknowledges people’s concerns.

I offer four ideas that could serve as a core platform for people interested in promoting liberty and improving people’s lives. These ideas center around several key issues: education, health care, jobs and poverty.

Every single family should have the option to send their child to the school of their choice. I know in some libertarian circles this idea is seen as a retreat from a truly free market in education. My gentle pushback is that it is possible to strive toward universal school choice while reducing the size of government. This is possible because school choice saves taxpayers money.

Generally, school choice programs require allocating a certain amount of money that is just a fraction of what a government school typically spends on education for each child. These programs allow families to select the educational model of their choice while reducing costs for government schools. Making this an option for every family would be a boon for liberty, reduce government’s footprint and pave the way for tax cuts at the state and local level.

No, this is not a proposal to make government the sole payer or provider of health care. Liberty-minded candidates and activists need to embrace health care reform because it is a top issue for voters. Everyone, regardless of political persuasion, can agree that no one should lose their life because they can’t afford the care they need. The question is how do we ensure universal access? Hint: not through the government.

The number of government interventions in the health care and insurance industry sectors is seemingly endless.

This is the chief reason health care costs continue to rise and are projected to increase over the next several years. Liberty-minded legislators must address costs by shrinking government’s role. This includes but is not limited to reducing taxes on health insurance, repealing anti-competitive mandates and regulations, and putting patients in charge of their own health insurance and health care decisions.

The goal of any reform should be to move the country closer to a model where everyone—if they choose—can purchase health insurance and/or have access to health care because it is no longer made prohibitively expensive by the government.

Again, this is not a call for more government involvement. This proposal requires reducing or eliminating barriers that prevent people from being hired at, or from creating, the job of their choice. Occupational licensing is a prominent example of how government makes this idea of achieving universal job choice more difficult. In a 2018 report, the Institute for Justice estimated state licensing regimes cost the economy nearly two million jobs. Add in other mandates, taxes, and regulations, and the cost of government intervention is something very real to millions of people looking for work.

Imagine an economy where millions of more jobs are available because government finally got out of the way. This would put upward pressure on wages and unleash a flood of innovation driving down the costs of everyday products, giving a boost to family budgets in the process.

Liberty-minded people don’t talk about poverty as often as those on the left. I think that’s a mistake. While many well-intended proposals are constructed to reduce poverty by boosting incomes, this often has unintended consequences. For example, government programs offer supplemental income that may be lost after a person works their way up the economic ladder. This creates an incentive for people to remain on government assistance—a problem known as the welfare trap.

A principled alternative to poverty reduction is to address the high cost of living, as Ryan Bourne documents in a 2018 Cato Institute report. Bourne finds government intervention costs the typical household between $830-$3,500 per year through higher prices for goods and services for things like childcare and transportation. Those in the liberty movement should be out in front talking about the reforms needed to reduce these costs to make it a easier for people to provide for themselves and their families.

These four ideas do not represent a comprehensive list, but they can serve as a foundation for a movement that believes protecting and expanding liberty is the best way help people.