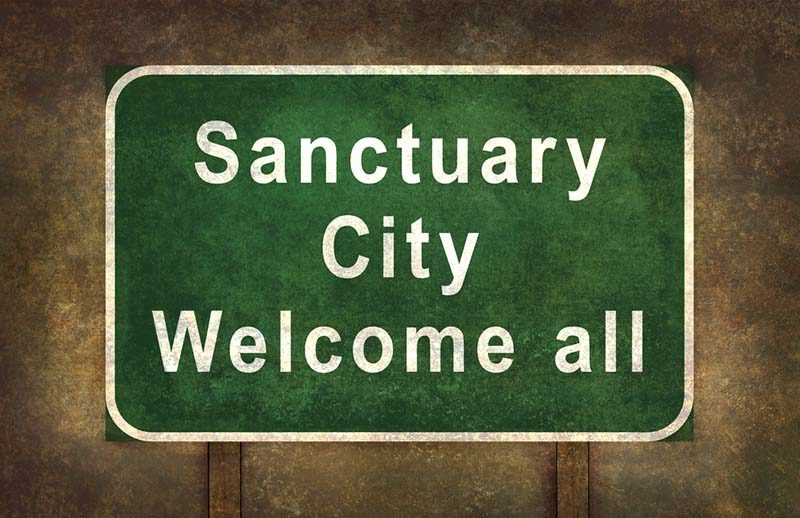 The advice is included in a 72-page step-by-step manual on thwarting federal immigration laws and regulations. The manual was published in March by the New York-based Center for Popular Democracy (CPD), a left-wing tax-exempt political advocacy group.

The “toolkit” in the Protecting Immigrant Communities manual urges city and county officials across the country to adopt CPD’s “model legislation” or similar ordinances designed to weaken federal efforts to enforce the nation’s immigration laws.

Its “model legislation” seeks to protect illegal immigrants who are linked to gang activity or ties to terrorism, saying “the (proposed) ordinance should not exclude people with criminal convictions, or people who appear in law enforcement databases that attempt to track gang activity and terrorism.”

The handbook was compiled in response to President Donald Trump’s announcement of tough enforcement policies on illegal immigrants, which require local governments to obey the law or face the loss of federal funding.

“In the face of these threats, a large and growing movement of advocates, organizers and local governments are developing strategies to support their immigrant communities,” the manual declares.

The CPD is a non-profit first started by unions, including the AFL-CIO. In 2014, the last year financial data is available, the group attracted $11 million in contributions. Fifteen organizations, including the American Civil Liberties Union and the immigrant-rights group CASA, contributed to the manual, and Democrat Kathleen Kennedy Townsend, a former Maryland lieutenant governor, once served as CPD chairman.

“In order to protect immigrant communities from unlawful arrests … localities should consider including language prohibiting NCIC arrests in their sanctuary legislation,” the manual recommends.

It assails the U.S. Department of Homeland Security, especially agents assigned to the Immigration and Customs Enforcement (ICE) and Customs and Border Protection (CPB), agencies on the front-line of Trump’s initiative. It seeks to bar or limit ICE agents from local jails and to end of local government contractual agreements with ICE for the use of local prisons.

“Local governments can significantly limit ICE’s ability to use the criminal justice system for deportation by simply denying ICE access to jail facilities and to individuals incarcerated locally for violations of criminal law,” the guide states.

Neither the CPD nor Townsend responded to multiple request for comment from TheDCNF.

But Ian Prior, a Department of Justice spokesman, told TheDCNF failure to deport criminals living among immigrant communities puts the nation at risk.

“As the Attorney General has said, when cities and states refuse to help enforce immigration laws, our nation is less safe. Failure to deport aliens who are convicted for criminal offenses puts whole communities at risk – especially immigrant communities in the very sanctuary jurisdictions that seek to protect the perpetrators,” Prior said.

GOP Wisconsin Rep. Jim Sensenbrenner, chairman of the House Judiciary subcommittee on immigration, echoed a similar theme in a statement to TheDCNF..

“Special interest groups that encourage enforcement officials to ignore the law and look the other way in order to harbor illegal aliens – particularly those who have committed crimes against the United States or its citizens – undermine the authority of Congress and threaten the safety and prosperity of our entire nation,” the Wisconsin Republican said.

“The time is long overdue to ensure that our immigration laws are enforced and that the rule of law is restored,” Sensenbrenner added. “This cannot stand, and I look forward to working with my colleagues in Congress and President Trump to solve this serious problem.”

“This is basically a manual for how to violate federal law and cherry pick which laws you enforce,” he told TheDCNF.

An executive order signed by Trump imposes financial penalties for cities or counties that don’t cooperate with ICE requests for information on local illegal immigrants.

An immigration statute invoked by Trump prohibits local and state governments from enacting laws that limit communication with ICE or CPB about “information regarding the immigration or citizenship status” of individuals.

The CPD manual, however, points to a loophole to get around the prohibition. Officials are encouraged to not collect data on local immigrant communities because the law “does not require local governments to take any affirmative steps to gather information about immigration status, policies that prohibit the gathering of such information do not violate federal law.  Local governments should take advantage of that fact in developing policies on data collection.”

“While often overlooked, policies restricting access to jails and to persons in local custody can create a powerful disruption in one of ICE’s most expansive deportation programs. In most jurisdictions, keeping ICE out of the local jails will end up preventing more deportations than all of the other sanctuary policy provisions combined,” the manual states.

The guide further urges local prosecutors to “deviate” from normal prosecutorial procedures with illegal immigrants to minimize charges they may face.

Prosecutors “may use their discretion to deviate from general practice in deciding whether and how to prosecute, settle or otherwise dispose of any case…related to a defendant’s immigration status,” the manual advises.

But, Law said, “if that’s true, why would these documents encourage these jurisdictions to not rely on criminal databases? They are basically admitting that these illegal aliens are committing additional crimes in addition to their immigration violations.”

The manual justifies the protection of criminals and potential terrorists because the U.S. criminal justice systems “are themselves oppressive, overly punitive and fraught with racial bias.”

They also claim,“The mere fact that an individual is unlawfully in the U.S. is not a criminal offense.” 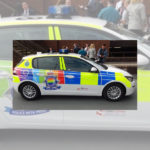 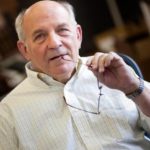 CNN Refers To Charles Murray As An ‘Eugenicist’, Quietly Changes It