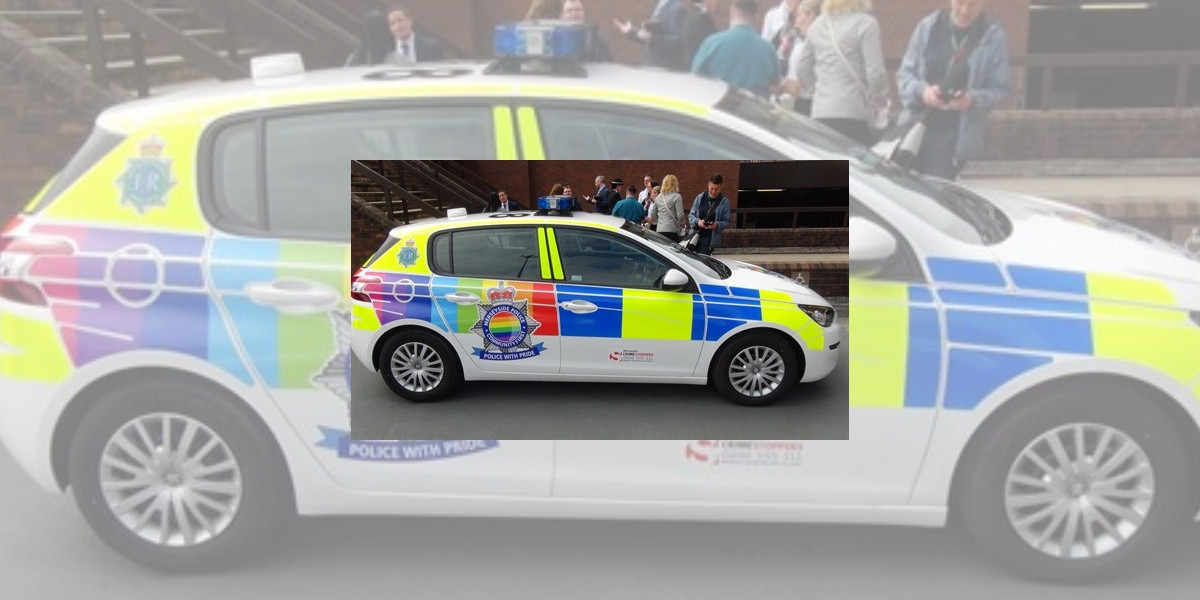 British police are now driving around in rainbow colored cars to fight hate crimes against the gay community, a Thursday police announcement said.

Merseyside Police revealed the brightly colored car, dubbed the ‘Police with Pride’ car, at a ceremony Thursday, reports Heat Street. Police hope that the bright rainbow colors will remind people of the hate crimes gay people face and to report them.

“While it’s out and about on the roads of Merseyside, it is hoped the car will grab the attention of everyone who sees it,” Assistant Chief Constable Julie Cooke said in a press release. “We know hate crime in all its forms is under-reported. We believe any step that shows in a visible way that we support those members of our communities most likely to be the victims of hate crime is a positive one.”

Police will use the car to respond to crime scenes as well as attend local events for the gay community such as the International Day Against Homophobia, Transphobia and Biphobia (IDAHOT), and the Liverpool Pride Parade.

“We hope this will encourage more victims of hate crime to come forward and report incidents to the police and also further increase engagement with the public,” Cooke said about the car and its colors.