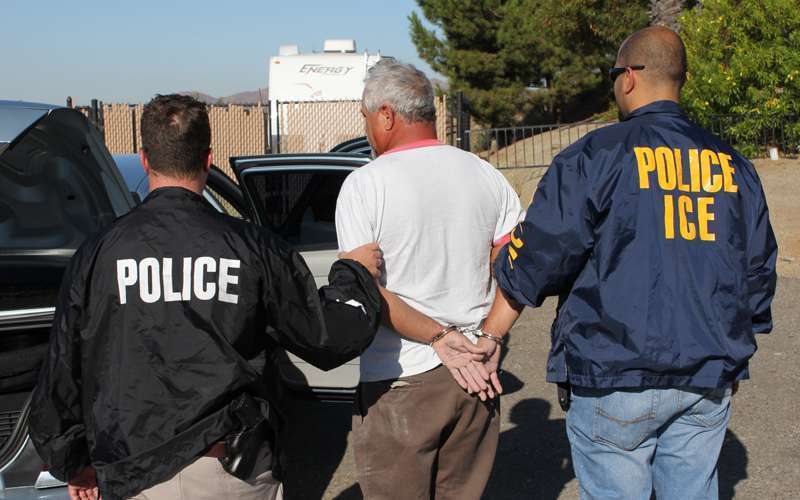 Former Immigration and Customs Enforcement (ICE) supervisor Thomas Kilbride said that “thousands” of civilians have been killed by illegal immigrants since 2003 in a Fox News interview Jan. 5.

“What about the thousands of civilians?” Kilbride said. “Thousands of dead since 2003 … All over the United States by illegal aliens.”

President Donald Trump made a similar claim in his address to the nation on border security Jan. 8.

“Over the years, thousands of Americans have been brutally killed by those who illegally entered our country and thousands more lives will be lost if we don’t act right now,” Trump said.

Results from Kilbride’s suggested Google searches included a few lists of citizens killed by illegal aliens and a debunked claim that 63,000 Americans have been killed by illegal immigrants since 9/11. That figure came from an improper reading of a 2011 government report on criminal aliens.

Alex Nowrasteh, senior immigration policy analyst at the pro-immigration Cato Institute, was skeptical that available data could say whether thousands of American citizens had been killed by illegal immigrants since 2003.

“Most murders are committed by people who know their victims – like spouses, neighbors, and friends,” Nowrasteh told The Daily Caller News Foundation in an email. “Thus, a large percentage or even a majority of the victims of illegal immigrant murderers could be other illegal immigrants. That doesn’t make the murder less bad, but it does alter the narrative that ‘illegal immigrants are coming over the border to kill you.’”

Trump and Kilbride’s claims are very vague – neither cited a specific number, and Trump didn’t provide a timeline.

Vaughan pointed to data from the Texas Department of Public Safety (TDPS), which does track the immigration status of criminal offenders. Illegal immigrants between June 1, 2011 and Dec. 31, 2018 accounted for 2,945 homicide charges and 1,602 homicide convictions over the course of their entire criminal careers in Texas.

Additionally, homicide charges include manslaughter, which can be an accidental or reckless killing. TDPS was unable to provide statistics dating back to 2003 by time of publication.

The GAO data has limitations.

SCAAP criminal aliens include legal immigrants in addition to those who entered the U.S. illegally. In 2010, the immigration status for 58 percent of inmates in the program was “unknown,” according to the National Conference of State Legislatures.

In addition, the 27,300 offenses date back to 1964. The report notes that 83 percent of the arrests and transfers by state and local arresting agencies and 92 percent by federal arresting agencies occurred in 2000 or later, but this is for all offenses – drug, theft, assault, etc. – and it’s unclear if these percentages apply to homicide offenses alone.

The report also breaks down the primary offense – defined as the offense with the longest maximum sentence – SCAAP criminal aliens were convicted of in states that utilize the program the most.

For SCAAP criminal aliens incarcerated in California in FY 2015, GAO identified around 5,208 convictions where the primary offense was homicide. That number was roughly 378 in Arizona, 1,449 in Florida, 1,122 in New York and 960 in Texas. However, those figures include convictions prior to 2015 and convictions for attempted homicide. It’s unclear how many of those incarcerated were in the country without documentation.

These arrests did not necessarily occur in FY 2017 and FY 2018, though. ICE did not arrest the immigrants for homicide – it arrested them for immigration violations. Additionally, the ICE figures count charges rather than the number of immigrants arrested. Those arrested by ICE could have been charged with more than one crime.

Administrative arrests, like the data on criminal aliens in the GAO report, also include documented immigrants who did not enter the country illegally but violated their terms of entry.

Vaughn thought that the distinction between the arrest of legal immigrants versus those who crossed the border illegally is not that important. “If a person with a green card commits murder, that means their green card is subject to revocation and they are subject to deportation,” she told TheDCNF.

Some studies find that areas with high immigrant populations are not associated with higher rates of violent crime, and a Cato study found that that the criminal conviction rate in Texas was higher for U.S. natives than for illegal immigrants. Critics note that most studies do not analyze illegal immigrants in particular and do not cover all types of crime. They also point to data that show a disproportionate number of those convicted or incarcerated for federal crimes were non-citizens.

Nowrasteh said that Trump and Kilbride’s claims are too vague to be helpful. “A range of 2,000 to infinite is about as informative as saying that I weigh somewhere between 10 and 10,000 pounds,” he told TheDCNF in an email.

“It would be impossible to come up with a better estimate without access to all the federal and state criminal justice records,” Vaughan said. “While no one can easily prove the exact number of people killed by illegal aliens, certainly it is in the thousands, even in just the last 10 years.”