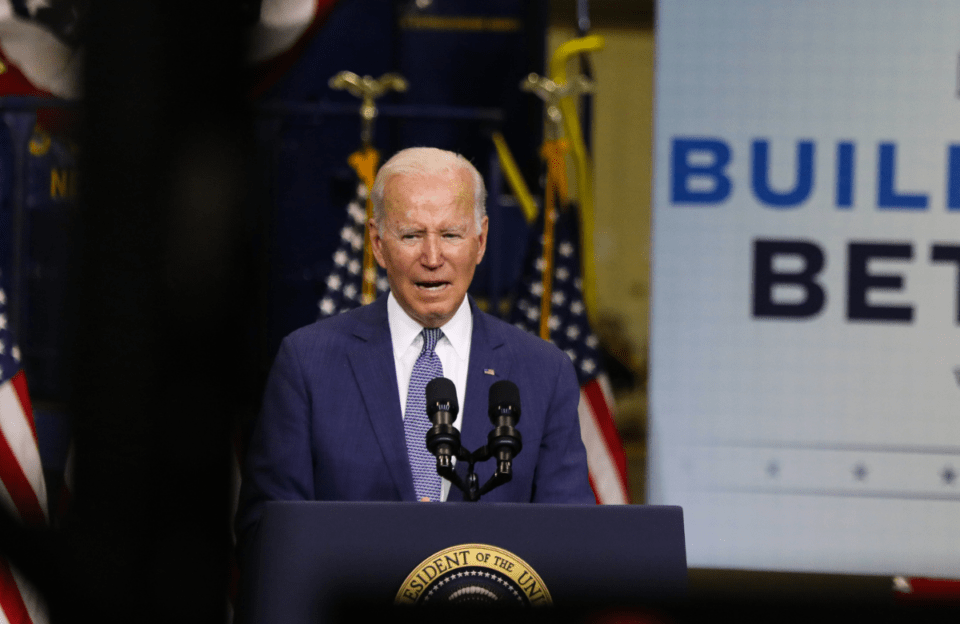 Mr. President, while you are not my uncle Joe, we did grow up in the same neighborhood in Scranton. I know Scranton’s values well. Unfortunately, you lost those values many years ago.

You remind me of my old, crazy uncle Timmy. He was an embarrassment to us all. He was a danger on the streets, touching everyone who walked near him. And certainly, we never let him walk down the street to the popcorn vendor with a monkey.

Occasionally, we had to be very direct so he understood the seriousness of what he was doing. Unfortunately, this is one of those times your American family must deliver you a straightforward message – your actions are diminishing the value of American citizenship. Let me explain.

Before you assumed “management” of the U.S., these benefits were of great value. They generated patriotism, love of country, and respect for the rule of law. Your management style is so disrespectful to citizens. You treat us as commodities that send money to the government for the horror of watching the nation wither into a chaotic, authoritarian state.

And when you rudely turn your back and walk out of the room when reporters ask you simple questions, you act exactly like my crazy uncle. Worse, turning your back is an insult to us citizens. A good mother in Scranton should have told you it is not polite.

Perhaps your craziest decision is opening the southern border for anyone to freely enter the country. You have inflicted more crime on our cities. You are forcing local governments to care for the illegal, mostly unvaccinated, masses. This drains resources needed for schools, police, and health care. Worse, it is a violation of your oath to defend the country. You may not remember it but you were on television on January 20, 2021 and repeated the oath in front of millions of us. Many Americans thought you understood what you were swearing to?

No one knows why you opened the border; you may truly believe drug cartels; sex traffickers and the slave trade are capitalist enterprises. Please note it is not the type of business activity most parents want in their neighborhoods.

Also, no one understands why you stopped building the southern border wall after we paid for it? Obviously, you like walls since you ordered the American people to build a huge wall around your beach house. I am assuming it is your modesty when swimming nude. Believe me, Uncle Joe, no one will look—we would all be too embarrassed for you.

If one of the benefits of citizenship is the ease of entry and exit from our country, you have made it far easier to enter and exit for illegals than citizens. Almost two million illegal immigrants from 75 countries walked across the southern border into the U.S. this year. None were required to prove they had been vaccinated or tested for Covid-19. At the same time,  citizens, returning from a foreign country could not reenter the U.S. without proof of “a negative COVID-19 test, taken within three (3) calendar days of departure, or proof of recovery from the virus within the last 90 days.”

Another of the mentioned benefits of citizenship is freedom to travel throughout the U.S. While citizens have such a right, it is limited to lawful activity. Citizens committing crimes are arrested, no matter where they are caught.  Illegals, however, under your new order, have many safe areas where they cannot be arrested. These locations include schools, daycare centers, medical facilities, playgrounds for children, social service establishments, churches and demonstrations, and parades. You are giving those coming to the U.S. illegally more protection than given Americans. That doesn’t seem fair, crazy uncle Joe?

And now, you want to give illegals who were separated from their children when detained at the border, $450,000 per person, as damages for the temporary separation. What about our homeless and/or disabled veterans?  Are they less valuable than illegals because they fought to defend the U.S.?

The most ironic passage in one pamphlet is the discussion which notes all citizens have the same tax benefits as other Americans. I do not know many Americans who believe paying taxes and having the same tax deductions as other Americans is a benefit. First of all, most Americans do not have the same tax benefits as the super-wealthy. Few Americans can take advantage of the carried interest tax avoidance scheme for hedge fund managers or the $12 million estate tax exemption or trillions that can escape taxation forever, with a stepped-up basis for capital gains at death. You have such benefits, but very few Scrantonians have those benefits. You should nominate the brochure’s writer for inclusion in Ripley’s Believe It or Not Museum. There will be a hefty referral fee for Hunter, and the author will live forever as the dumbest person in the world.

The right to work for the federal government may be the one positive benefit of being a citizen that non-citizens cannot have. It is as close to nirvana as anyone can get. It requires little work, no creativity, and a talent to write what no one can understand. Clean clothes are not required and for the last 18 months, they did not even have to appear in an office. There are 2.8 million of them. Sounds like a lot of jobs to apply for, but openings only happen when a government worker dies or retires. There is a long wait even for citizens.

Fortunately, the illegals know you are trying to get rid of Trump’s Public Charge requirement. If you are successful with your Build Back Better legislation, the illegals will receive free community college, housing, and food subsidies. Since federal subsidies never go away, uncle Joe, the illegals may just get benefits rivaling a federal job without the need to show up for work.

The big benefit of being a citizen is the sacred right to vote. What does the right to vote mean anymore? Hillary Clinton and the entire mainstream news media told us the Russians, with a massive disinformation campaign, elected Donald Trump in 2016. Trump and his 75 million supporters tell us that millions of illegal ballots, fake news, and the suppression of news like the contents of Hunter’s laptop, elected you in 2020.

In the 2000 election, George W. Bush was elected by the U.S. Supreme Court. Every other year, our congressional representatives are elected by a rigged system called gerrymandering. The reelection rates for incumbents range from the low 90% to as high as 98%. Congressional districts are drawn for winners, not losers. Seriously, there was more turnover in the old Soviet Politburo than in Congress.

On its face, having the right to vote is a big deal. It seems to be a distinguishing right for which citizenship is needed. But nothing is more political than voting. Whoever controls the voting process wins. The Democrats are pushing the 800 page, “For the People Act.” If enacted, it would nationalize voting. Whoever controls the DC swamp controls voting in the nation. The bill would require every state to allow voting by mail, mandate online and same-day voter registration. It effectively eliminates voter identification requirements by requiring non-registered “voters” to sign a statement attesting to their identity. The bill would mandate drop-off boxes for mail-in ballots, and allow voters to designate another person to drop off their ballots.

Uncle Joe, the “For the People Act” reminds me of the first time, at age six, I accompanied my uncle Timmy to a Scranton polling place. Afterward, I asked him who would win. He told me the Democrats since they vote early and often so the dead are always well represented.

My message to the illegal immigrants is, do not get discouraged. Uncle Joe will soon have you casting ballots for Democrats. As for my vote, it is becoming less and less valuable. 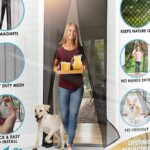 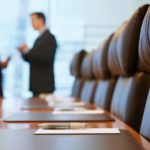 Areas of Your Business Where You Could Save Money