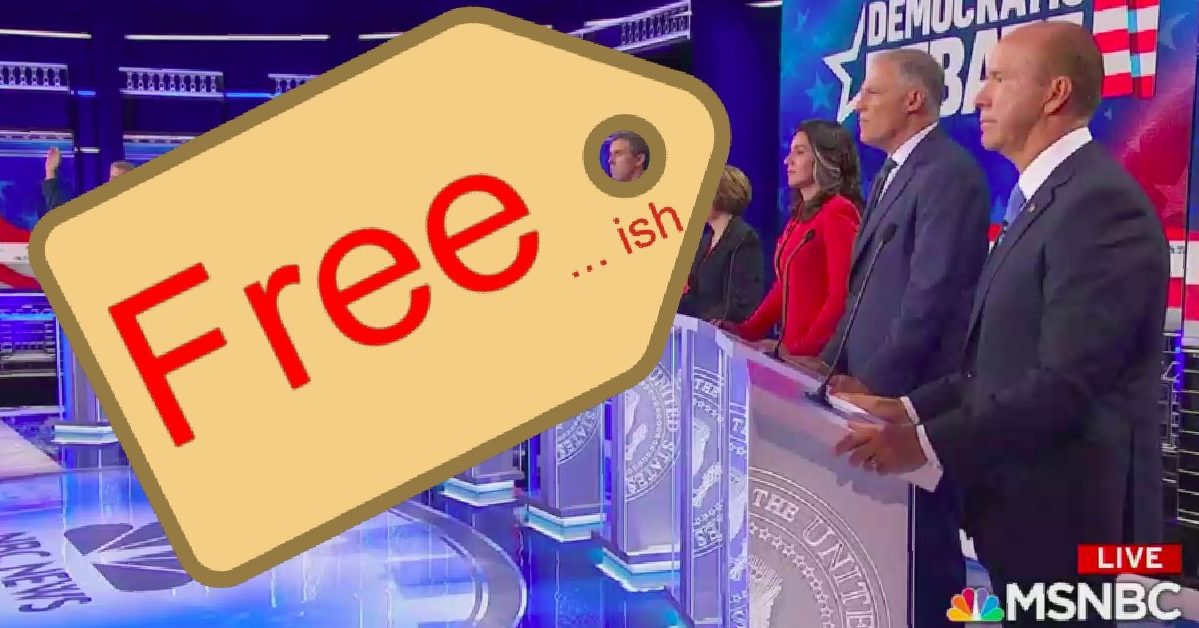 When you call 9-1-1 after your house was robbed or when it’s on fire, people come out to address the issue, and never send you an itemized bill. When you send your kids off to their K-12, the most you have to directly contribute is school supplies. When using non-toll roads, you’re driving on something that took no money to create or maintain whatsoever, right?

If the above examples seem absurd, given how much we actually pay for the military, the police, the courts, the roads, and education system you may have some idea why eyes do the RDJ gloss-over every time a politician describes some program they’re trying to bribe voters with as “free.”

The word “free” was frantically overused by candidates at the first Democratic presidential debate on Wednesday, sometimes even in Spanish!

There could be some good arguments about which services should be provided to citizens by the government through taxing citizens. Maybe there are even some compelling arguments about expanding the list to include whatever your pet cause is. Perhaps the cost is worth it.

But let’s cut the bullshit.

The Democratic primary has become an election for High School President, where everyone is promising vending machines in the cafeteria and larger towels in the locker-rooms. There are so many proposed “free” programs that it may be difficult to keep track without someone compiling them.

So without further ado, the following are the “free” programs proposed by the Democratic candidates for President, which I will gladly consider the merits of, individually, once we’ve paid off our $22 trillion dollars federal debt:

Feel “free” to write to us about the ones I missed. I’m sure this list will only swell from here.