In a stunning and brave example of top-tier Twittering, Libertarian Party Chair Nicholas Sarwark has shown us, once again, how to analyze a complex situation and get it completely wrong from even a basic understanding of libertarianism.

For many the fundamental part of American libertarianism is the Non-Aggression Principle. Think “do no harm”. One of the best examples of this principle comes from “War, Peace, and the State“, in which Murray Rothbard stated;

“The fundamental axiom of libertarian theory is that no one may threaten or commit violence (“aggress”) against another man’s person or property. Violence may be employed only against the man who commits such violence; that is, only defensively against the aggressive violence of another. In short, no violence may be employed against a non-aggressor. Here is the fundamental rule from which can be deduced the entire corpus of libertarian theory.”

This idea is straightforward and simple, so how did Mr. Sarwark get it so entirely wrong?

By tweeting out legal codes in response to seeing armed civilians protecting their private property from trespassers.

This appears to be a Class D felony in Missouri, a violation of 571.030 RSMo, subsection 1, subdivision (4), Unlawful use of weapons.

“knowingly exhibits, in the presence of one or more persons, any weapon readily capable of lethal use in an angry or threatening manner” https://t.co/W0NbrkaXIk

“Us feeling like we’re walking on a street that’s private property isn’t that big of a deal. Because it’s a gated off special community, they also have to feel the (sic) uncomfortable about what people are saying when talking about change.” 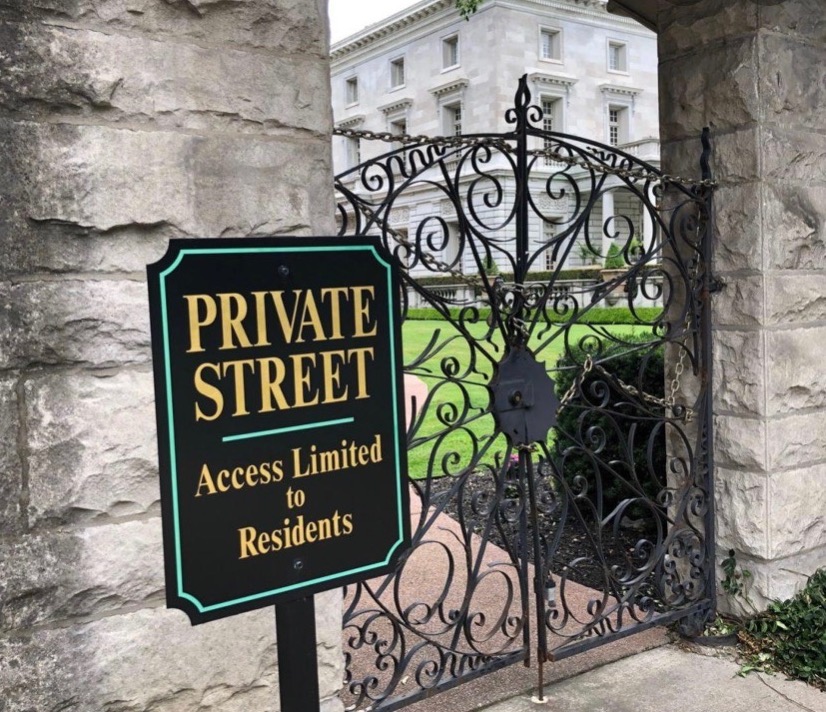 BUT, and bear with me here, when you trespass into a private neighborhood with the sole intent of making people uncomfortable, after weeks of news story after news story of protests turning into mob violence & looting while shouting “eat the rich” and “who’s streets, our streets” I think we can dispense with the “peaceful” charade because in many eyes things only look peaceful until they’re CHAZ.

Despite the photos/videos being available online for all to see of Democrat lawyers arming themselves to protect their property with police nowhere to be seen, too many libertarians were focused on trigger discipline to see the larger picture of what was happening. Mr. Sarwark, however, took it to a whole new level of statism.

Yes, by ignoring the context of the situation you could interpret Missouri statute 571.030 RSMo, subsection 1, subdivision (4), “Unlawful use of weapons” to apply to the armed civilians protecting their property but are libertarians now in the business of using laws to dictate our principles?

Because if so I need to point out that selling less than 35g of Marijuana is a Class C felony in Missouri which holds a stronger sentence than the Class D felony Mr. Sarwark so vociferously reminded us exists.

Is the Chair of the Libertarian Party now going to argue that all people who possess 1 & 1/2 ounces of weed in Missouri are violating a Class C felony in response to people supporting drug legalization?

Somehow I doubt it.

Like those who use democracy only when it suits their ends, here we have Sarwark similarly attempting to weaponize the law for woke points.

Finally it also needs to be pointed out that Chairman Sarwark needs to read the Bylaws of the party he currently chairs. Specifically Article 4; Section 1;

“Members of the Party shall be those persons who have certified in writing that they oppose the initiation of force to achieve political or social goals.”

I guess I expected principles from the “Party of Principle”. That’s my mistake which I won’t make again.

The most frustrating part of this whole episode is  that we are living through a moment in history that has the potential to wake countless up from their government induced sleep. It’s too bad the head of the Libertarian Party constantly misses this point in his near constant rush to virtue signal to the outrage mob.

Joshua Ferguson is the host of The Hourly Struggle Youtube Channel, and a political activist currently being sued by his home city of Fullerton, Ca for allegedly clicking on public Dropbox links. 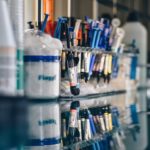 How to Identify and Report Health Care Fraud 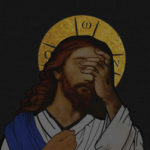 Should We Tear Down Jesus Statues or the Monuments of Hate in Our Hearts?