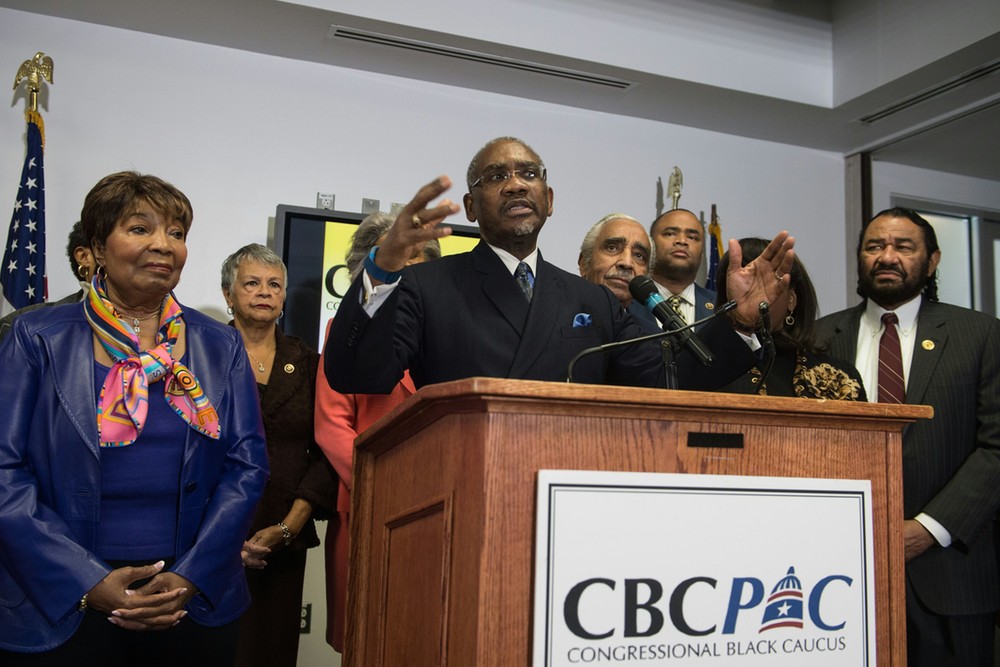 A Latino congressman wants to join the Congressional Black Caucus (CBC), despite reservations from many of its members.

Rep. Adriano Espaillat has been talking to various CBC members about the possibility of joining, reports Politico.

“We have discussed, yes, the pros and cons, the bylaws. I’m in discussions with some of the members from my state and with the leadership. We’ll make that decision later on as we move forward,” Espaillat said.

A big issue is Espaillat’s heritage. Espaillat, a Dominican-American, claims that he is “Latino of African descent.”

“I am a Latino of African descent. It doesn’t matter if you’re from Cuba or the Dominican Republic or South Carolina or Alabama, the roots are the same and I hope we can build upon that,” he said previously of his heritage.

The CBC has an unwritten rule that their members are supposed to be black. Now, the caucus is trying to figure out how to proceed.

“I got elected with Adriano in the state assembly. I know his heart is in the right place. I just think this is going to be a continuing dialogue to determine what to do,” Rep. Gregory Meeks said.

Another issue is that Espaillat ran against former Rep. Charlie Rangel twice. Some CBC members are upset about Espaillat challenging Rangel, given that Rangel was a key founder of the CBC.

Other members are displeased because Espaillat is already a member of the Congressional Hispanic Caucus. Members say that this has never happened before and could be a political maneuver.

“See that complicates matters. Even though our agendas are typically parallel, occasionally they are not. So it may be problematic if someone wants to belong to two ethnic caucuses,” Rep. G.K. Butterfield, a CBC former chairman, said.

Trump Warns Iran He Will Not Be As ‘Kind’ As Obama

The Congressional Black Caucus and the Racial Politics of Purity