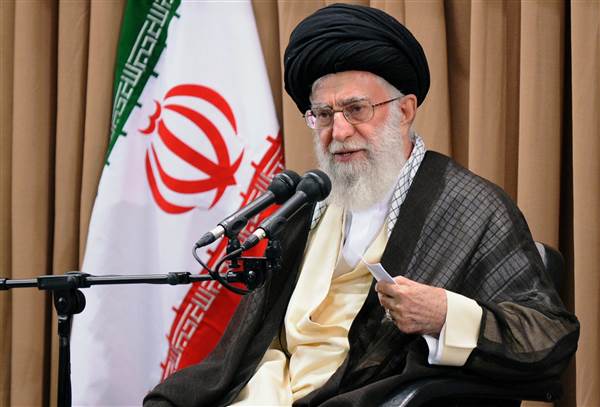 President Donald Trump warned the Islamic Republic of Iran Friday to cease missile tests and other aggressive behavior, while knocking the Obama administration for encouraging the behavior.

Iran is playing with fire – they don’t appreciate how “kind” President Obama was to them. Not me!

Trump’s Friday tweet follows a previous volley Thursday which warned Iran that it was “on notice” for its repeated behavior. The tweet also comes amid reports that he may impose new sanctions on Iran’s ballistic missile program as early as Friday. The sanctions would not be in violation of the nuclear agreement.

Iran has been formally PUT ON NOTICE for firing a ballistic missile.Should have been thankful for the terrible deal the U.S. made with them!

Iran was on its last legs and ready to collapse until the U.S. came along and gave it a life-line in the form of the Iran Deal: $150 billion

National Security Adviser Mike Flynn appeared at the White House podium Wednesday to “put Iran on notice” for its actions. Flynn noted that Iran’s ballistic missile test was in violation of United Nations resolution 2231, and that its actions would not be tolerated under the new administration.

U.N. Resolution 2231 sanctioned Iran’s ballistic missile program after the Iranian nuclear deal was signed. The deal lifted some sanctions on Iran — including cash repatriation — and allowed U.S. businesses to pursue business in the country. Critics of the deal say Iran’s aggressive behavior was not curtailed by the nuclear deal.

“We are considering a whole range of options. We’re in a deliberative process,” a senior U.S. official told reporters after Flynn’s warning. “We are in the process of evaluating the strategic options and the framework for how we want to approach these issues,” adding “Our sincere hope is that the Iranians will heed this notice today and will change their behavior.”

A top adviser to Iranian Ayatollah Khamenei responded to the declaration saying, “This is not the first time that an inexperienced person has threatened Iran … the American government will understand that threatening Iran is useless,” to the Associated Press. “Iran does not need permission from any country to defend itself.”