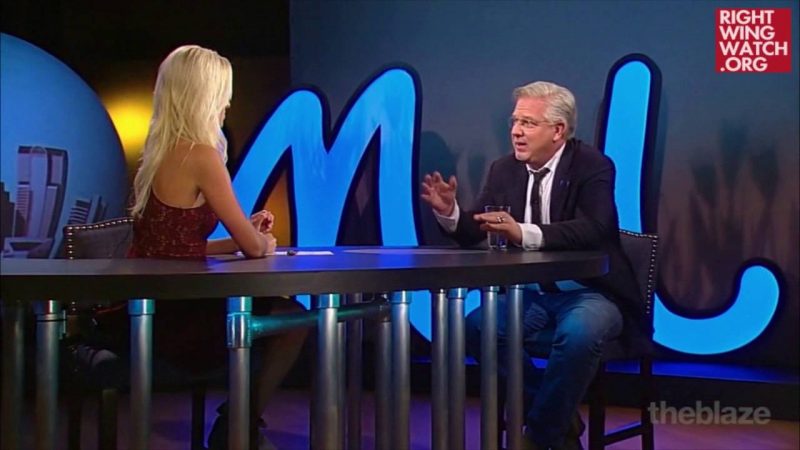 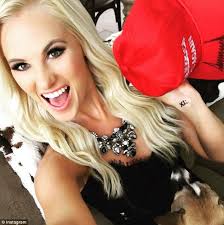 Conservative media icon Glenn Beck says he knows that if he is to continue to stand up to the populism that is President Donald Trump, Steve Bannon and others, he must do the same with his own network The Blaze, starting with one of the outlet’s starlets, Tomi Lahren.

A tweet to Beck’s official Twitter page from a woman named Kate Dowd read, “@glennbeck I really appreciate u leading the way for conservatives to stand up to Trump & Bannon but it has to start at home w/ @TomiLahren.”

Beck regularly interacts with his followers on social media, so his responding to a question or comment is not always shocking. However, in this circumstance, not only could the question itself cause a stir internally for The Blaze, but any response is for sure to garner interested depending on your view of Lahren. It was for that reason that it came as a large surprise that Beck responded to Dowd’s comment with a simple statement of acknowledgement: “I know.” Beck even tagged Lahren’s official Twitter page in the process.

Dowd responded with appreciative words about Beck’s media outlet in another tweet saying, “@glennbeck @TomiLahren you have such an incredible platform to bring people together and heal the divide. #resist the bans that make us weak.”

@glennbeck @TomiLahren you have such an incredible platform to bring people together and heal the divide. #resist the bans that make us weak

In response to Beck and Dowd’s conversation, some other Beck fans have warned of the wrath of the Trump Train.

DON’T do it @glennbeck!! If you strike her down she’ll use the Trump victim card to become more powerful than you can imagine… @killoran pic.twitter.com/AWv0ph5FnW

Lahren is easily one of (if not the) outlet’s most provocative voices. She, quite like Trump, uses bombastic statements and unsettled anger at times to push her populist ideas and aspersions toward the “left,” often forgetting about the Constitution along the way.

The young host was a fan of Trump early on, sporting “Make America Great Again” attire on social media and on her show. Seemingly afraid of nothing and no one, the starlet loves to draw lines in the sand and present a false dichotomy which tends to lead to greater tribalism among the American populace.

Was Beck being serious when he said that he understands that he needed to clean house of divisiveness? Only he can answer that. What is sure to happen is that both tribes involved (the pro-Trump/pro-Lahren crowd and its counter) will be up in arms, just as offended as social justice warrior snowflakes. They are often unable to handle any potential criticism or contention without ad hominem, proving exactly Kate Dowd’s point.