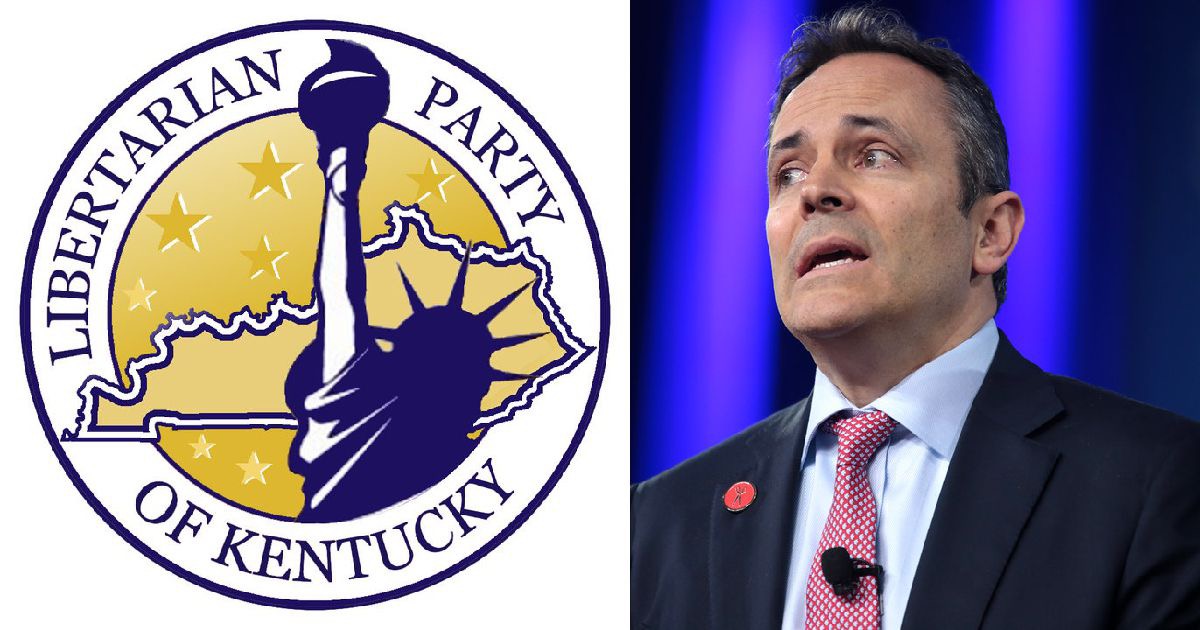 Tuesday’s race was a tight one. Beshear inched out a victory over Bevin, receiving just 49.2% of the vote. However, the Libertarian Party of Kentucky is celebrating gaining 2% of the vote, which left the former Republican governor with just 48.8% of the vote, according to CNN. The state LP claimed credit for splitting the vote between the two major parties, which resulted in Bevin’s loss.

Tuesday night on Facebook, The Libertarian Party of Kentucky trolled the state GOP, citing Republicans’ refusal to run liberty-friendly candidates as the reason for Bevin’s loss to his Democrat opponent.

“In an ideal world, we elect Libertarian candidates and advance liberty. Failing that, we push mainstream candidates towards liberty to advance the cause.
But if we can’t do those things, we are always happy to split the vote in a way that causes delicious tears. Tonight there are plenty of delicious tears from Bevin supporters.
Had Matt Bevin not ditched his liberty Lt Governor for a Mitch McConnell picked anti liberty, corrupt running mate who has tried to eliminate Kentuckians jury trial rights, had Matt Bevin not presided over a huge sales tax increase, had Matt Bevin supported any of our key issues on criminal justice reform, marijuana legalization, expanded gaming, cutting taxes, or acted with the least bit of civility, we probably would not have run a candidate. Of course, he did the opposite. And here we are.
We split the vote. And we could not be more thrilled. If our friends in the major parties do not want this to happen again, they should think about passing ranked choice voting. And supporting our issues.
In the meantime, thank you to John Hicks, Ann Cormican, Kyle Hugenberg, Josh Gilpin and Kyle Sweeney for running. Your effort was appreciated.
For the Bevin supporters, your tears are delicious”

The Libertarian Party of Kentucky later said in another Facebook that perhaps Bevin lost the race all by himself because he isn’t committed to liberty as much as he should be.

“Ok, per the analysis of John’s campaign manager, maybe our slate didn’t cost Bevin the election. Maybe Bevin did that all on his own.
But the point stands: if you want the votes of people that cast them for our candidate, be more pro-liberty.
And, to be fair, had Governor Bevin won, and we covered the spread, we would have been all too happy to fire up the Democrats and point out their anti-liberty positions cost them not getting those votes,” The Kentucky LP said.

Maybe now both major parties will take the LP more seriously and run more freedom friendly candidates, or they could very well see a repeat of Kentucky’s gubernatorial race in their own state.

CBD Oil for inflammation – how does it work?