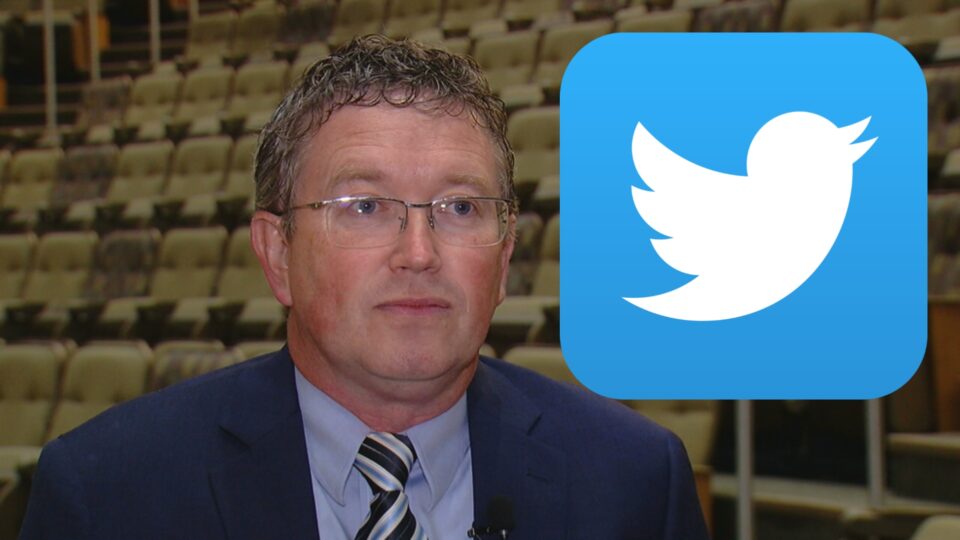 On Saturday, Twitter disabled a tweet from sitting Congressman, Representative Thomas Massie who questioned the efficacy of getting a COVID vaccine if you’ve already previously contracted the virus.

So why force or coerce those with natural immunity from prior infection into taking the vaccine?”

Retweeting because it's censored. https://t.co/Tmx6VVr9kd 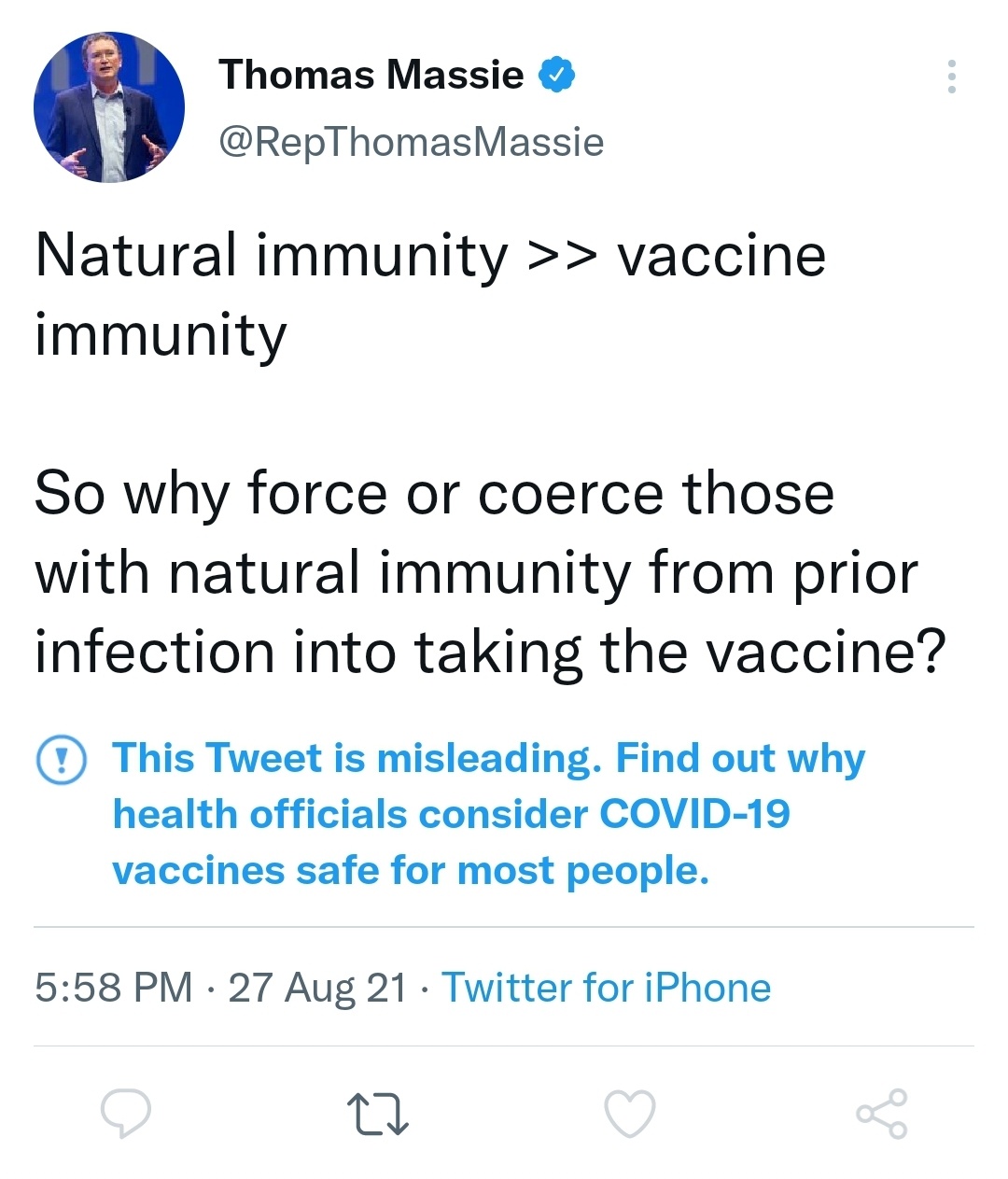 According to Twitter, they’ve purposefully limited the ways in which people can interact with the tweet in order to diminish its reach. 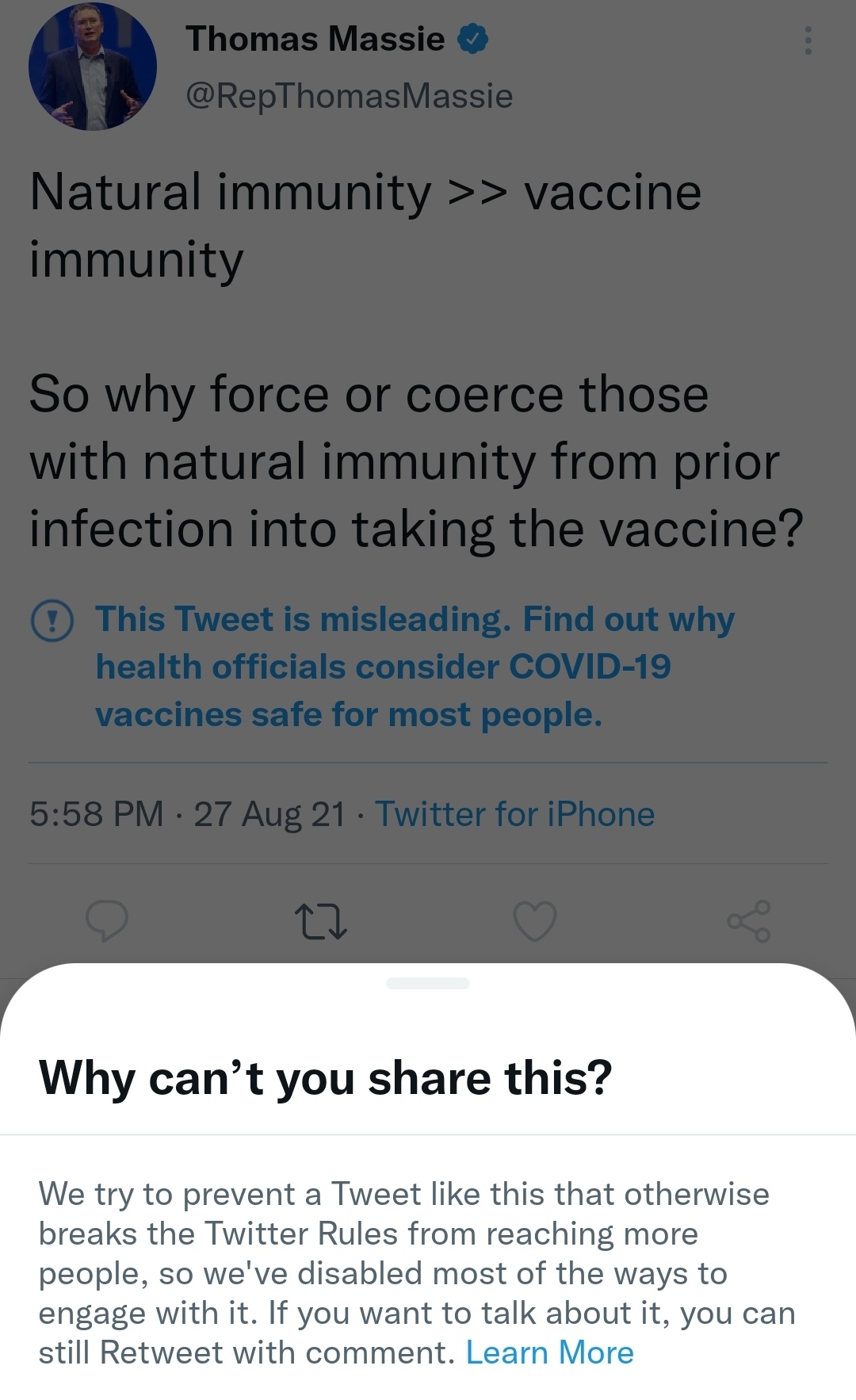 However, prior to Thomas Massie authoring this Tweet, Bloomberg released a Tweet effectively making the same statement, based on a study.

People who recovered from a bout of Covid-19 during one of the earlier waves of the pandemic appear to have a lower risk of contracting the delta variant than those who got two doses of the vaccine from Pfizer https://t.co/4VE7HyTmFo

The only difference between the Tweet from Thomas Massie and Bloomberg, is that Massie asked the logical follow up question.

If a prior COVID infection provides better resistance against Coronavirus than vaccines do, then what incentive does a previously infected person have to get vaccinated?

The answer to that question is that there is clearly no benefit.  There is no scientific benefit, nor is there a moral argument to be had. This demographic of previously infected is also a threat to the idea of vaccine passports, if people who clearly do not need a vaccine opt not to do it, which is their right.

Yet Twitter, being the arbiters of whatever truth to whatever narrative they fancy, has censored an actual sitting Congressman who posted absolutely nothing misleading. His post was forthright and truthful, and the question he posed was logical.