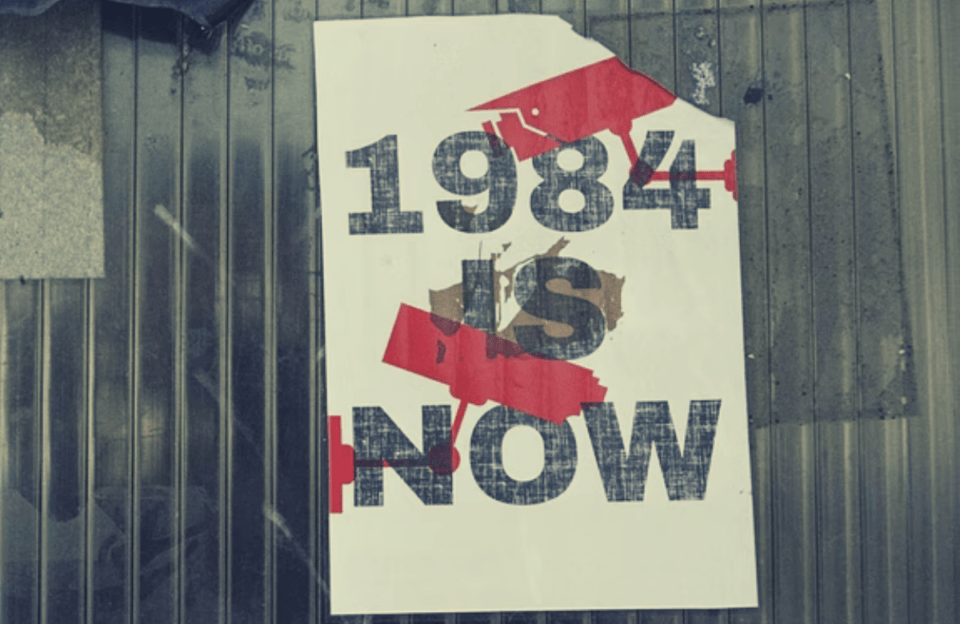 After several years of living under emergency law, citizens can now appreciate the destructive capacity of the government’s power. The government invoked emergency law to lock us down in the pandemic while at the same time opening the southern border to anyone who wants to enter, notwithstanding health status. We citizens are mere commodities that pay taxes so those in power have the resources to drive their political agenda. The question that our Republic needs to address is how do we limit the use of these emergency laws before a president transforms our Republic into an authoritarian state?

In the 21st century, government knows it does not need to beat people bloody in front of cameras to destroy their lives. First, it’s very bad press. Second, it is unnecessary. Government need only make laws so unjust and lacking in due process, that people cannot defend themselves.

The citizens of the U.S. can learn a lesson from Canada’s recent use of its Emergencies Act. During the truckers’ protest in Canada, Prime Minister Trudeau invoked the  1988 Emergencies Act, claiming the protest is an illegal blockade endangering public safety. The Act is to be used in situations that “seriously endangers the lives, health or safety of Canadians.” The types of situations it is to address include espionage, foreign influence activities, serious threats of political violence, or acts intended to undermine or overthrow a constitutionally established government. None of these situations apply to peaceful protests whose offense is blocking streets and making noise.

The Emergencies Act allows the government to force banks to freeze the social media accounts that collect money to support the protesters, freeze the bank accounts of the protesters, seize their [300] trucks, revoke their driver’s licenses, deny them insurance on their trucks, and of imprisoning them for years. It also authorizes the government to deny citizens the right to assemble and prohibit travel in certain areas of the country.  By cutting off the ability of truckers to make a living, Trudeau is executing their ability to live a normal life. Trudeau was the first prime minister in the thirty-four years since its enactment, to invoke the Emergencies Act. Trudeau finds peaceful resistance to be so extreme as to be a threat to the state.

In the U.S., our federal government does everything “bigger and better” than any other country. If at any time, the president of the U.S. feels, thinks, or worries about an emergency, he has the power to declare it through an emergency proclamation. While the U.S. has only one law designated “National Emergencies,” NYU’s Brennan Center identifies 136 laws or other authorities that allow the president to establish a national emergency. Ninety-six of these laws require nothing more than the signature of the president on an emergency proclamation. Fifteen of these emergency laws have restrictions such as involving a specific subject matter or the need for armed forces. Only thirteen of these emergency laws require a congressional declaration of emergency.

These 136 emergency laws are part of a massive legal framework that contains over 3000 separate criminal offenses in 50 titles of the U.S. Code and 23,000 pages of federal law and over 200,000 regulations that have the same effect as a law. More troublesome, the National Emergencies Act “…does not define what constitutes a national emergency.”

Without a legal definition, determining the statutory meaning of the term falls into the common meaning found in a dictionary. Merriam Webster defines a national emergency as “a state of emergency (an unforeseen circumstance needing immediate action) resulting from a danger or threat of danger to a nation from foreign or domestic sources and usually declared to be in existence by a governmental authority.” A very subjective definition.

Historically, emergency powers were limited to wartime. But today, non-war-time presidents want war powers to control citizens in a domestic setting. The Covid pandemic is the most recent use of emergency powers. Relying on emergency public health powers, the federal government-imposed mask and vaccine requirements on the nation’s entire population while keeping the science supporting its proclamation secret. It locked up the entire nation for almost two years. Another recent example, on inauguration day, Joe Biden, without the involvement of Congress, terminated all authorities requiring the construction of the Southern border wall which was being built to keep drug cartels, sex traffickers, and criminals out of the U.S.

The troubling use of both proclamations is that they were invoked without any direct factual findings to support the actions of the government. The public health emergency law referenced a waiver of liability law for those assisting the federal government address Covid, i.e., protecting the pharmaceutical companies from being sued. As for revoking authority to construct the Southern border wall, president Biden proclaimed the wall “is not a serious policy solution.” So much for the rule of law.

The only requirement to implement emergency power is that the president must specify the provision of law under which he will act. The provision cited does not need to relate to the actions taken.

The emergency law terminates on the anniversary of its declaration unless the President notifies Congress of its continuation. The other option for terminating an emergency is for Congress, by joint resolution to terminate it. Since joint resolutions must be signed by the president, Congress needs a two-thirds majority to override a presidential veto. Otherwise, these emergency powers are continuously available to the president. President Biden has stated he will veto any repeal of the Covid emergency powers.

In addition to health emergencies and the Southern border wall, other powers available to the president include the ability to control airports, industrial facilities, and any device capable of emitting electromagnetic radiation, i.e., our communications system. The authority most used is the International Emergency Economic Powers Act (“IEEPA”). It authorizes the president to invoke emergency powers relating to U.S. national security, foreign policy, or the economy, including financial and commercial transactions. Sanctions can be imposed on individuals as well as countries, including the freezing of bank accounts and the seizure of assets. While there is a requirement that the threat is related to an activity in whole or part outside of the U.S., it is easy for a president to assert a foreign connection merely by accusation. The IEEPA has been invoked 55 times.

Literally, Congress, through the enactment of the National Emergencies Act, gives presidents the ability to convert our Republic into an authoritarian state. Unless Congress limits the use of such powers to foreign situations, it is only a matter of time until these emergency powers are invoked to create an authoritarian state.

How To Check SERPs for Your Blog Post Rankings