I recently sat down with rapper Kemo The Blaxican of Delinquent Habits to discuss the freedom-laced lyrics in his rhymes, his take on several political and cultural issues, and his spicy Latin lingo.

Shumate: For our readers and listeners at The Libertarian Republic, tell us a little bit about who Kemo The Blaxician is for the people who don’t know you. Kind of give me a bit of your background.

KTB: Alright, so I am a West Coast, LA-based, African-American/Mexican-American Hip Hop artist and member of the rap group Delinquent Habits.

KTB: Yeah, by the time I was about five or six, my folks split up and I grew up with my mom, and we grew up mostly in Mexican communities. I spent a lot of time growing mostly on the East side of Los Angeles, including the Monrovia projects, and did a lot of moving around through the East side – Cudahy and the Bell Gardens area. Eventually did the rest of my growing up in a little city called Norwalk and that’s what we dubbed the lower Eastside. During that time, I also had an opportunity to live with my dad and lived in a couple of different places as well, so I lived in Long Beach and also lived on the West side for a little while. So, it was diversified. I got exposed to all kinds of people in different kinds of neighborhoods.

Because of the diversity, it gave me an opportunity at an early age to meet all types from different demographics and different walks of life, and I made friends with a variety of folks. In that sense, I was pretty diversified, although mostly in Mexican communities and Mexican households. I did a lot of my growing up with a lot of Mexican influences, and then my stepfather came into the picture. He was my stepdad from a young age as well, and he’s originally from Mexico – from Guadalajara. I grew up with Spanish as my first language, and you know English… Obviously there’s no way I’m not going to know English. My mom is bilingual. My mom was a Mexican citizen who eventually became an American citizen. I remember when she did that. But again, just kind of a blend—you know what I’m saying? And in general just got to know all types of people, which let me move within communities pretty nicely.

KTB: Yeah, man. To me, it’s a beautiful thing. It keeps me in this place where my mind is on this unified kind of thing. You know? I’m never looking out for just myself when it comes to doing good for the people. When I’m thinking of the people, yes, I want good for all the underdogs worldwide. You know what I mean? There’s Blacks and Latinos, but for everybody as well. Represent! I seek, and I fight the good fight for just the good of the people in general too.

Shumate: That’s right, I feel that.

KTB: That song I wrote it in 2010.. maybe 2009, it came out in 2010. It was really like a transitional period of waking up from a deep sleep and that realization of hidden agendas, of monetary motives, things that kind of motivated some of the country’s decisions are not always the way we are taught growing up. Growing up, you’re taught a certain history, but it leaves out some portions of it and it leaves out motive and that kind of thing. After you start doing a little bit of research it sheds light on why some things really played out as they did. I think during that time “That’s When She Died” it was that realization that oh, ok, these kind of things have been going on in the country and we were told one story and a lot of times it’s for the good of the people, but a lot of times it’s got to be for the good of the country. I think you said before we have our warts. It was kind of really discovering some of that stuff. It was the death of a certain perception and an opening to another. Realizing that it’s not all as it’s painted to be and just staying woke. It’s not one of those things where you don’t want to love your county. I grew up being a proud American, and I think that’s a great thing to be. It’s also being truthful with yourself and realizing that the business of government is very complex and can be really ugly at times all over the place.

As Kemo would say, “Be Free, just don’t hurt anybody!” 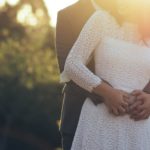 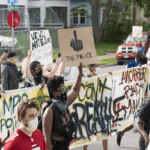 Police Unions Are One of the Biggest Obstacles to Transforming Policing