Finding Common Roots: A Journey From Statism to Libertarianism (Part 2) 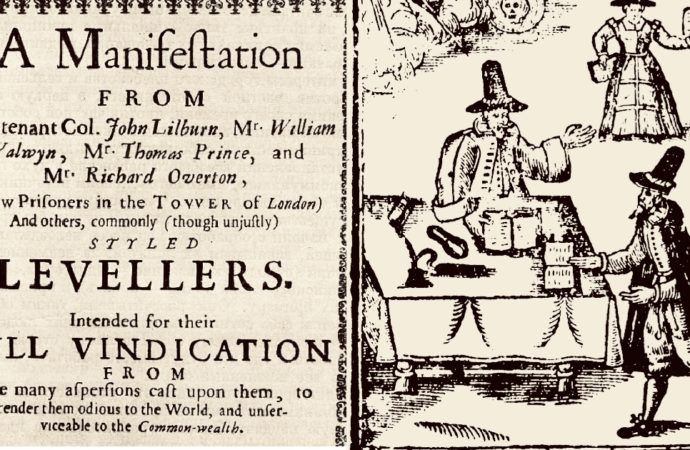 “All and every particular and individual man and woman, that ever breathed in the world, are by nature all equal and alike in their power, dignity, authority and majesty, none of them having (by nature) any authority, dominion or magisterial power one over or above another.”
– John Lilburne

The year is 1642, and England is in the throes of a civil war. King Charles I, who took the throne in 1625, was an intensely tyrannical monarch.

Believing in the Divine Right of Kings, he began transforming England into a High Church State and cast aside Parliament almost entirely, only having them convene when he needed to raise funds to enforce his campaign of conformity. Amid increasing protests from its members, Charles then ignored Parliament completely and started using his power to raise various fines and taxes that the crown could levy without Parliamentary approval.

What seemed to be the straw that broke the camel’s back, though, was the King’s ordering of the Divine Right of Kings to be read at church services.

Parliament and the Crown had always been partners in brandishing authority over the people ever since Parliament was just the King’s Council of medieval times. The nobles making up Parliament would have nothing to do with being pushed out of the hierarchy of rule. They assembled a Parliamentary Army and fought the King’s Army to dethrone and execute Charles I.

What we would call activists or provocateurs today, the Levellers were some of the first champions of protecting natural rights and promoting equality of law within a system of government. Opposers of their ideas coined them ‘Levellers’ as a way of demonizing them, claiming their goal was to “level men’s estates.” Parliament, needing to rally dissenters to their cause and keep a regular flow of people joining the Parliamentary Army, were happy to recruit these free thinkers into the ranks of the army; some key figures even reached officer ranks.

John Lilburne was one such Leveller. Freeborn John, as he came to be known, had a history of being a thorn in the side of Charles I and the king’s 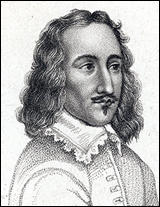 High Church. He had helped to grow opposition by smuggling Puritan pamphlets printed in the Netherlands into England. He was arrested, tried by the Star Chamber (a higher tier court that didn’t abide by principles of common law), whipped and pilloried, then fined and imprisoned until Parliamentary forces liberated him in 1640. He was then commissioned as a captain in the Parliamentary Army and rose to the ranks of Lt. Colonel.

After the King’s Army had been defeated and the king dethroned, Lilburne and the Levellers held to their principled convictions and demanded Charles I be tried in a court of common law, just as any other common Englishman. In 1649, Lilburne published the “Agreement of the People”, the Leveller manifesto for constitutional reform in Britain. Levellers made up a majority of soldiers in many regiments of the Parliamentary Army, and carried this agreement in their hatbands.

Key points in the Agreement of the People included:

– Right for all people to vote for their representatives
– Right against self-incrimination
– Freedom of religion and press
– Equality of all persons before the law
– no judgment touching life, liberty or property except by jury trial
– Abolition of capital punishment except for murder
– No military conscription of conscientious objectors
– No monopolies, tithes, or excise taxes
– Taxation proportionate to real estate or personal property
– Grading of punishments to fit the crime
– Abolition of imprisonment for debt

Parliament, however, wasn’t interested in equality of law or in taxation. Parliament even liked the establishment of a religion state. They just didn’t like being pushed out of the loop.

Parliament couldn’t allow Leveller influence to continue to grow, so they rounded up Lilburne and other prominent leaders of the movement and imprisoned them. Lilburne stood trial in the common courts and was acquitted, so Parliament tried him themselves in a trial similar to how they would try the King. They found him guilty, but feared turning him into a martyr for the people. Rather than execution, they sentenced him into exile for life.

Parliament then held a trial for Charles I, who spent the entire time refusing to recognize the court’s legitimacy. He was executed the same year Freeborn John was exiled.

The movement spurred by the Levellers was all but squashed by 1650, and England existed as a makeshift Republic controlled by Parliament (the Commonwealth of England) until 1660, when they invited Charles I’s son, Charles II, to ascend to the throne.

One of the first things done after that was the reinstatement of the Acts of Supremacy and Uniformity all over again.

People weren’t quite ready for the libertarian ideals that surfaced in the 17th century, but the overbearing religion state which spurred libertarianism still existed. Those principles would find their way to the forefront again.