An Open Letter to Elizabeth Warren 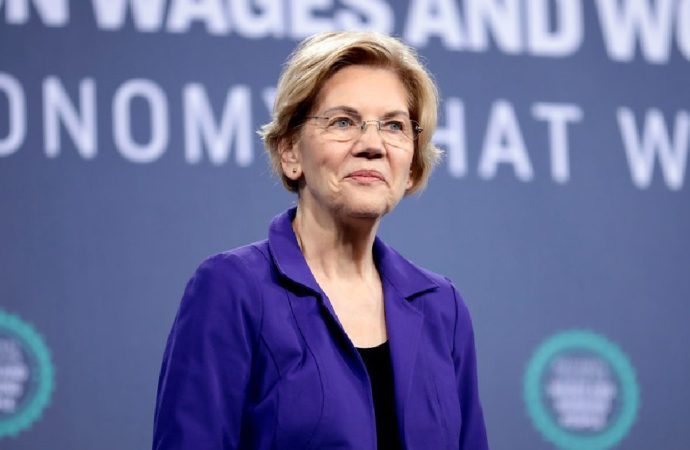 We have never met but your husband and I were once acquainted, when he was working on Republic of Debtors, an excellent book that I’ve had occasion to cite in some of my own work. I am surprised that Bruce, as a scholar of the Early Republic, is not as appalled as I am at your blatant attempts to buy the presidency and the martial rhetoric you regularly employ. When you purport to fight for some, you threaten to fight against others, at least when your sundry “plans” are redistributive instead of growth-inducing, as most are.

I wish that every American would peruse The Federalist Papers. But even if they did, I fear that our statist public education system and Left-skewed university curricula have rendered most unable to comprehend the wisdom contained in that pre-partisan tome. As matters stand, most Americans seem perfectly fine with vote-buying gambits, so long as they stem from non-Russian sources. (Perhaps that is why you now claim that your genetic links to Siberia are minimal?)

Unable to stem the tide, I’ve decided to sell you my vote too. Not directly, of course, as that, like too many other actions, would be illegal, but in your usual slightly indirect way. In other words, I invite you to “fight” for me by concocting plans that will appeal to me, something that none of the many proposals you’ve made so far has done. I won’t bore you with all the details of my life but instead will, by way of example, explain to you why your student debt loan forgiveness plan is not only an insufficient bribe, but downright irksome.

I come from humble stock, a literal coal miner’s daughter and the son of a drunken ne’er-do-well. (For additional details, see my recent book Financial Exclusion, which you should read anyway imho.) Neither of my parents went to college, so it really wasn’t on my radar though I was a star student in all my classes (except, of course, those requiring physical activity). I didn’t even bother to apply to Cornyavard like my honors classmates did because its annual tuition, fees, and room and board exceeded my parents’ total annual income. (My father was disabled due to health problems that were fixable but never fixed due to the federal government’s execrable health insurance policies, but he received nothing at that time from Social Security’s crappy “any occ” disability program. If only Social Security hadn’t crowded out the low end of the private disability insurance market!)

So I cobbled together some scholarships and did some tutoring and teaching assisting gigs and attended the affordably non-elite Buffalo State College. The dorms proved too expensive so I lived in the basement of my aunt’s house in Tonawanda and commuted to class in a rust bucket purchased with money saved from a high school job that paid $3 an hour. (Yes, less than minimum wage. Do you really think that because Washington decrees the markets follow?) I didn’t party much, instead taking extra courses so I could graduate, nearly debt-free, in just three years.

During my student teaching assignment, I learned that life as a Social Studies teacher/babysitter was unappealing, so I applied to graduate school. I received several offers but took the one from the University of Buffalo because it offered the most money. The professors at UB knew my Buff State professors and took their recommendations seriously, unlike the professors at Prinpenn.

I took my Ph.D. in 1997 but had great difficulty finding a university position because the various reports that lured me to graduate school with the promise that America faced a severe shortage of professors were simply wrong. But I worked hard and smart and scrimped and saved and soon paid off my own student loans, along with the tuition of my stepdaughter, who is just 14 years my junior. I remember the admissions people at Penn State Abington kept trying to steer me into the student groups instead of the parent ones, so young and fresh-faced was I then.

The years rolled by and I managed to publish high-quality books just about every year, which eventually landed me a good paying but non-tenure-track job at NYU. After the financial crisis, though, with 3 kids of my own coming up, I jumped ship to a liberal-arts college in South Dakota that matched my salary, offered tenure, and, most importantly, provided the opportunity for my children to obtain a high-quality education at a rock bottom price. All have achieved their educational goals without incurring any debt (including the one discussed here, or so he claims) but they could have achieved so much more had they gone to Fancy Expensive U. (And yeah, they are smart enough. My family was poor, not stupid.)

Given my publication record, I wonder where I would be teaching today if I had gone to a more prestigious graduate school? Perhaps Cornyavard, which certainly employs many less accomplished professors. Or maybe a prestigious law school, if I hadn’t turned down sundry Ph.D.-JD offers because I was so unwilling to run into serious debt, knowing full well that repayment constituted a serious legal and moral obligation to both the lender and society.

The point I am trying to make here, Elizabeth (my mother’s name, and you are only a year younger), is that your student loan debt forgiveness plan hurts people who managed to stay out of formal debt. We bear a different kind of burden that your plan can never relieve. I must always wonder what all those college parties I missed were like but, more importantly, where I would be today, and how much better off my children would be now, and in the future, if we had gone the high debt/fancy school route.

But that is all water under the bridge, as they say, sunk costs as it were. To buy my vote, you will have to offer me something else. The following come to mind:

1.  Some Americans have a hot tub, but I do not. So I want a hot tub, a really nice one, not some wood-fired, hilly-billy contraption.

2.  Free toilet paper for life. The good kind, like you rich people use, not that public bathroom sandpaper.

3.  A motorcycle. An Indian or Harley of course. I will never ride it, but out here in South Dakota I get really jealous seeing all those Hogs making the annual trek to and from Sturgis.

4.  Temperature and beach equity. It’s cold on the Great Plains in the winter. Warm days are unequally distributed and it is just not fair. Also, inland states lack salt-water beaches, while all the coastal states have lots of them. I know you can’t make South Dakota warmer or closer to the ocean, but could you develop a plan where we can swap houses with people who live in warm, beachy states like California, Hawaii, and Florida? Really get in there and fight for our right to invade other people’s homes, at least in January and February? It is just a form of in-kind taxation and so, in your view of things, perfectly just.

It occurs to me, though, that the people who read this letter may also get the bright idea of selling you their vote. I’m afraid that, with all the beer drinking you seem to do, you simply won’t have time to come up with a couple of hundred million “plans” and will end up with just a few thousand. While each of your plans will appeal to multiple people, each is also bound to irk many voters as well and may net out to zero.

That is why Andrew Yang’s plan to buy votes with the promise of cash was so inspired. With cash, each voter can choose his or her own plan by spending it on hot tubs, toilet paper, unridden motorcycles, vacations, NGO donations, or whatever. I suppose you think that Yang is silly for entrusting Americans to spend their own money as they see fit but many Americans still want to make their own consumption decisions. Yang made the mistake, though, of being too transparent and promising too much. Most rightly fear that he will renege on his promise, or will bankrupt the nation and destroy the dollar trying to fulfill it. Your many plans, on the other hand, hide their monetary and opportunity costs in a plethora of detail, rendering your promises somewhat more credible.

A real policy leader, a true statesperson, would not try to buy votes but instead would develop Pareto policies, ones that increase per capita output instead of taking from Peter to pay Paul. Take, for example, your recently announced plan to help American Indians, many of whom are desperately poor because of the types of socialist policies you want to impose on all Americans. Indians, like all people, do not need your plans, or your cash, they need to be liberated from oppressive laws and regulations, like those imposed upon them by the BIA.

On second thought, never mind. I would rather “throw away” my vote on somebody with better leadership qualities and more realistic policy goals. I don’t want a fighter in the Oval Office, I want a thinker.

Please give my regards to Bruce.

Your humble and obedient servant,

Robert E. Wright is the Nef Family Chair of Political Economy at Augustana University in Sioux Falls, South Dakota. He is the author of 18 books, including a new book on financial exclusion published by AIER.