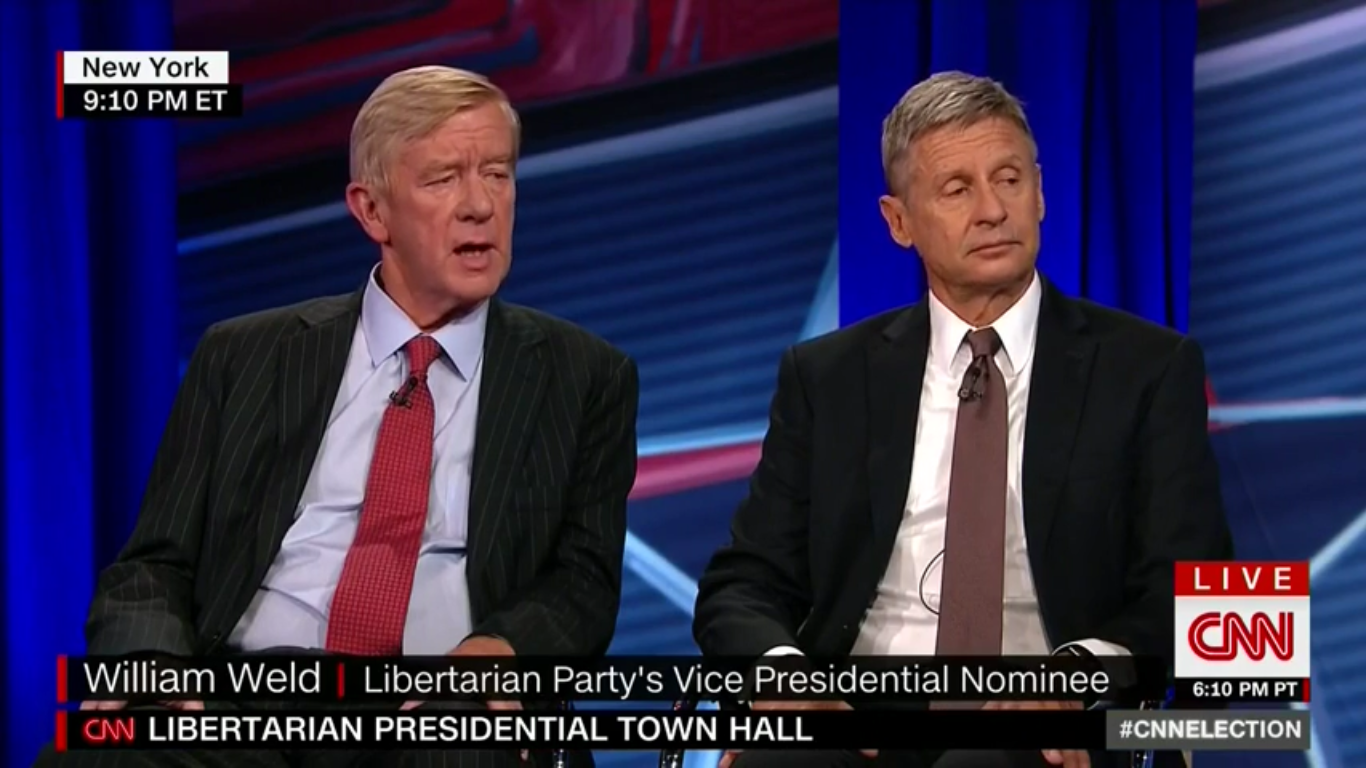 Johnson and Weld Take Off the Gloves in CNN Town Hall

After months of remaining somewhat mum on the candidacies of Donald Trump and Hillary Clinton, Libertarian candidates absolutely let loose last night on CNN. The question originated with host Anderson Cooper, who asked what Johnson meant when he said that Clinton was “beholden.” Watch the moment here:

Johnson first pointed out the fact that Mrs. Clinton and her husband have made large amounts of money in speaking fees, calling it a “pay to play” system. Pressed further, Johnson stated that the Clintons are beholden to “their own interests,” referencing the controversies surrounding Clinton’s time as Secretary of State, when President Clinton would receive copious sums of cash to make a speech and soon thereafter, Secretary Clinton would sign agreements with the sponsors of that speech.

Weld shifted the criticisms to the Democratic Party’s position on taxation, stating in disbelief that they would increase taxes by a trillion dollars. Weld was asked about his previous characterization of Donald Trump as a “huckster,” to which he doubled down. After describing Trump as a “showman,” Weld said that he now feels a more apt way to describe Trump is “a screw loose,” which received laughs from the crowd. Weld did say that he has some affection for Trump, noting that perhaps he should consider another line of work, like “anything other than President of the United States.”

Johnson concluded by wondering aloud if there was anything that Clinton didn’t promise in her Democratic National Convention speech and criticizing Trump’s positions on immigration, foreign policy and free trade.

Senior GOP Leaders Preparing for Trump to Drop Out of Campaign