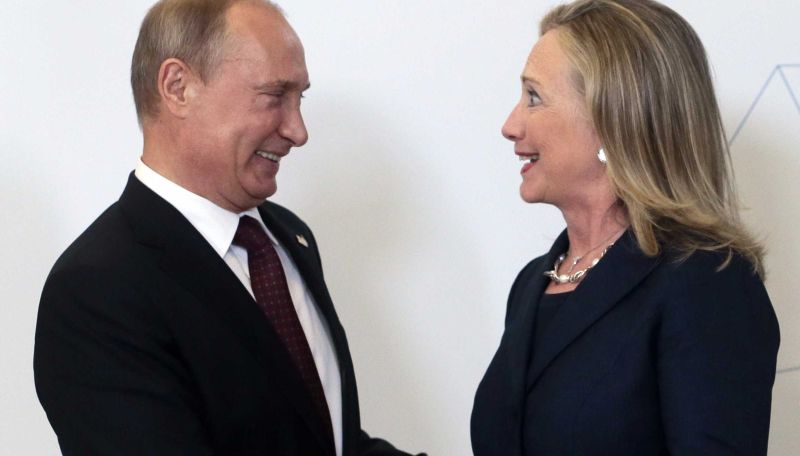 Wikileaks released a trove of 20,000 DNC emails three days before the DNC’s week-long nomination party for Hillary Clinton, raising questions as to whether Russia is actively intervening in the U.S. election to undermine the Democratic candidate.

DNC officials acknowledged in late June the organization had suffered an email hack, and that two independent cyber security expert firms attributed the hack to Russian intelligence agencies. John Schindler, a former NSA analyst and national security expert, noted Monday in The New York Observer that the hackers left behind a signature in Russian and that both groups responsible for the hack are well known Russian intelligence fronts.

U.S. intelligence officials generally consider Wikileaks, the source of the leak, to be an intelligence arm of the Kremlin.

Joshua Foust, a National Security Fellow at the Foreign Policy Research Institute, noted as early as early as 2013 in War is Boring, that Wikileaks had quite stark connections to Russia’s intelligence agency. Wikileaks head, Julian Assange, is a paid contributor to RT, a well known Kremlin backed propaganda outlet. Schindler noted in 2015 that Assange reportedly told Snowden “he would be protected by Vladimir Putin and his secret services, notably the FSB.”

Schindler elaborated, “That Assange and Wikileaks are surrogates for Putin is now obvious.”

“The only rationale to release such data from the Russian bulletproof host was to empower one candidate against another,” Tom Kellermann, the CEO of Strategic Cyber Ventures, said Sunday to Defense One. The release of the DNC emails at such a critically important juncture for the democratic party mimics a foreign intelligence practice called ‘organizational doxing.’

Organizational doxing entails stealing sensitive secret information and releasing it to the public. Lawfare, a blog dedicated to legal national security issues, describes the practice as “One of the most powerful ways to damage an institution,” and elaborates that “if your target is a government, Wikileaks is more than happy to distribute stolen information for you.” Lawfare went on further to call Wikileaks “weaponized.”

One does not require a good poker face to tell such tales.

Russian President Vladimir Putin’s embrace of Republican Presidential Candidate Donald Trump has been well chronicled throughout the 2016 campaign. Putin has at various points in the last year called presidential candidate Donald Trump “a bright person,” and “absolutely the leader in the presidential race.” His views on former Secretary of State Hillary Clinton were made abundantly clear in April when he told reporters “As they say in Russia, a husband and a wife are the same Satan.”

Trump has embraced Putin’s praise and has advanced policy positions in the RNC platform that Russia has longed to see from a major American party. Trump’s campaign inserted language into the RNC platform that mimics President Barack Obama’s tepid Ukraine crisis policy, and during the convention demurred on whether or not he would honor NATO’s Article 5 commitments for the Baltic states.

The crux of the Kremlin’s embrace of Trump stems from the presidential candidate’s willingness to restore relations with Russia after the Ukrainian crisis and its intervention in Syria.

“U.S. Russian relations are worse than at any point since Gorbachev,” Dr. Angela Stent, a Russian policy expert at Georgetown University, told TheDCNF in early July.

If Russia is behind these attacks — which looks increasingly likely — such a move would mark the most brazen interference in U.S. politics, surpassinganything the Soviet Union pursued at the height of the cold war. The high profile and reckless move, may indicate how seriously Russia regards Hillary Clinton as a threat, or how beneficial they view a potential Donald Trump presidency.

Dems Already Singing An All Too Familiar Tune About DNC Hack