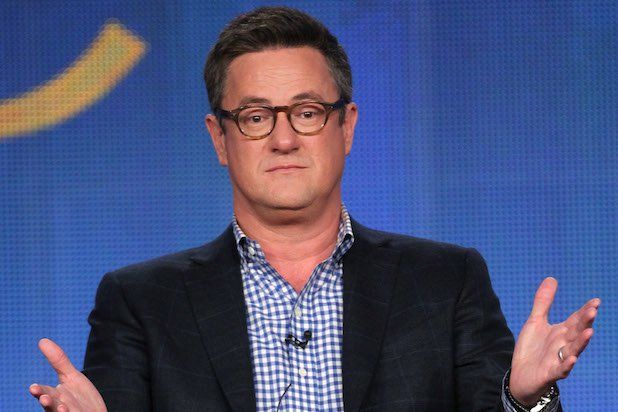 Scarborough claimed tragedies like 9/11 bring people closer together, while the president continues to tear them apart.

“If you strip America of its ideas, forget about knocking down buildings in the financial district — forget about running planes into the Pentagon. Those are tragedies, but those tragedies bring us closer together,” he said. “America is an idea. You gut America of that idea, that’s when you do the most harm to America.”

Scarborough listed negative aspects of the Trump administration and called them a “threat” to the country.

“You have just this week, Brett Kavanaugh who wants to be on the Supreme Court refusing to answer whether people should be banned from coming to the United States because of their race — and his reading of the Constitution,” Scarborough continued.

“The accumulation of that, the retweeting of neo-Nazi videos, Charlottesville, I mean I could go on and on, what he said about the majority black countries — that is tearing more at the fabric of America than attacks on the Twin Towers did. We rebuilt from that. We became stronger because of that,” he said. “But this seems to me a far graver threat to the idea of America.”

Scarborough also wrote an op-ed for the The Washington Post Tuesday, where he claimed Trump is harming the American dream “more than any foreign adversary every could.”

“For those of us still believing that Islamic extremists hate America because of the freedoms we guarantee to all people, the gravest threat Trump poses to our national security is the damage done daily to America’s image,” he wrote.

POLL: Majority Of Voters Believe The US Is Winning The War On Terror