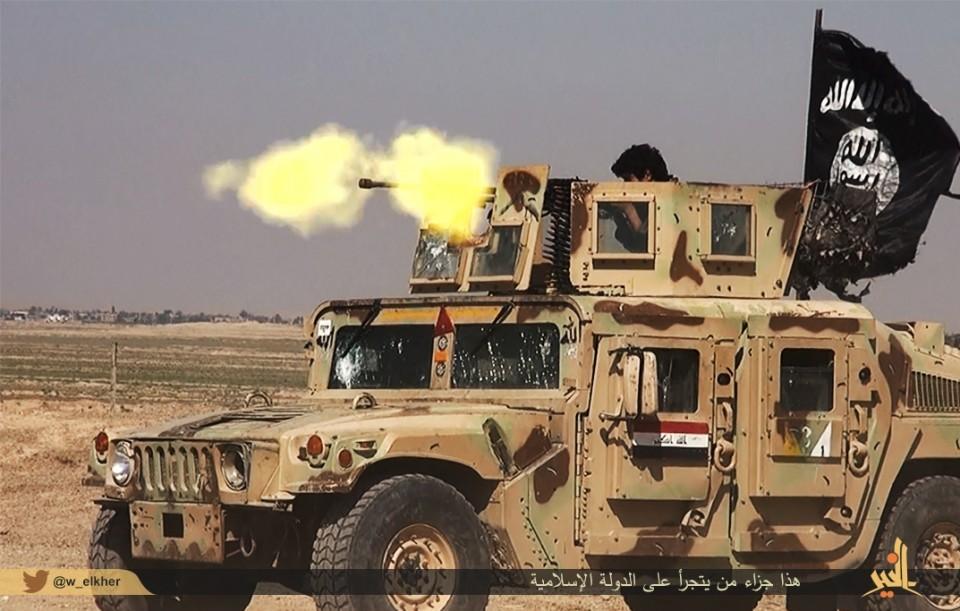 Islamic State militants have not only stolen a majority of the military Humvees provided to the Iraq Security Forces (ISF) by the U.S., they are now re-purposing them into car bombs.

Iraqi Prime Minister Haider al-Abadi confirmed that 2,300 are in ISIS hands, more than 2/3 of all Humvees provided to Iraq by the U.S. Most were stolen after the terrorist group captured the Iraqi city of Mosul in June 2014.

While the vehicles were designed as a fast means to carry U.S. personnel and their supplies into battle, it turns out they are even better suited to be used as car bombs, or vehicle-borne improvised explosive devices (VBIEDs).

“There’s a simple reason the militants are using Humvees and other armored vehicles as rolling bombs,” reported Foreign Policy’s Sean Naylor Saturday. “Their protective armored plating prevents defenders from killing the trucks’ drivers before the militants can detonate their loads, while the vehicles’ capacity to carry enormous amounts of weight means the Islamic State can sometimes pack in a ton of explosives.”

ISIS has used the Humvee car bomb as a mainstay in its military tactics, sending waves of them at key enemy locations prior to assaulting the position with ground fighters. The weapons are so devastating that some of them carry explosive power comparable to the device used in the 1995 Oklahoma City bombing that killed 168 people.

Unfortunately, ISF personnel and the Kurdish Peshmerga are often unprepared to counter the Humvee bomb threat, given that they sometimes like the anti-tank weaponry required to neutralize the vehicles. The U.S. outfitted the Peshmerga with 1,000 AT-4 anti-tank launchers last year, and plans to send 2,000 to the ISF. Germany has provided the Peshmerga with the Milan guided missile, which has also been proven effective against the Humvee bombs. The weapon has been so popular, one Kurdish family even named their child after the weapon. You can watch the Milan in action below.