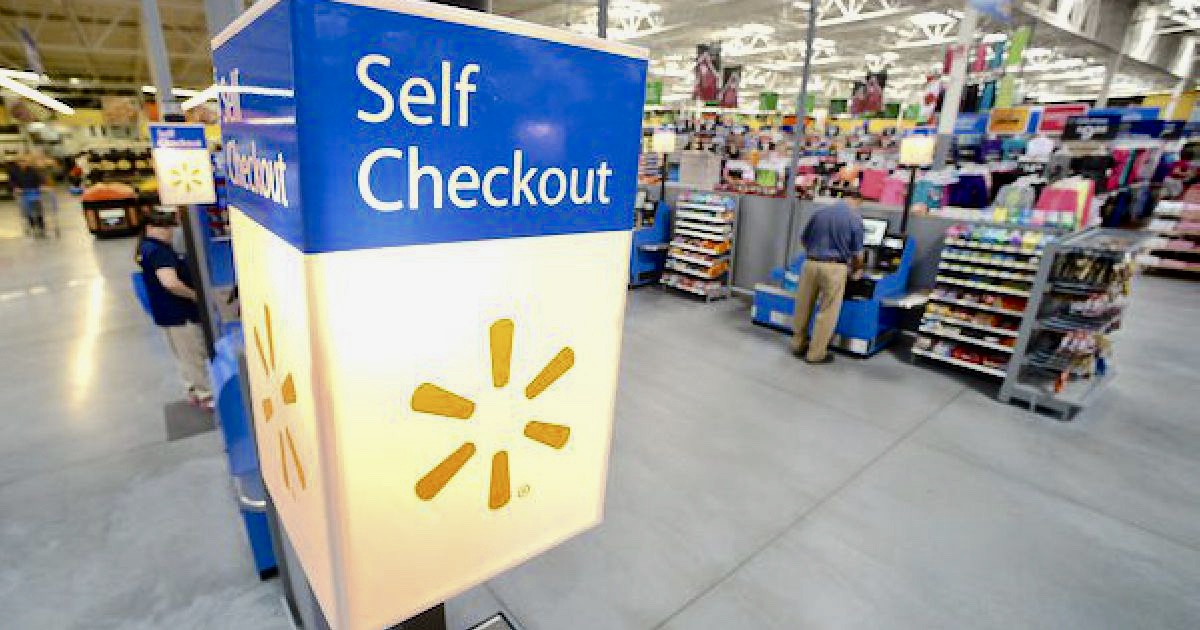 If you’ve been to the grocery store lately, then you’ve probably had to make this choice: regular cashier or self-checkout? For many shoppers, the choice often depends on which option has a line, how many items they have in their basket, and sometimes they’ll just choose whichever lane is closest. Others, however, hate self-checkouts with a visceral passion. Not only do they refuse to use the machines, they don’t want self-checkouts to exist at all.

This attitude is woefully misguided. While there is nothing wrong with preferring to engage with a human cashier, a fair number of shoppers enjoy the benefits self-checkouts have to offer. Indeed, there is much about self-checkouts to praise.

Why All the Fuss?

Though most shoppers who tacitly boycott self-checkouts do so with respect, patiently waiting in line for a human cashier, there is a vocal minority who would like nothing more than to take a Louisville slugger to the dastardly appliances.

One such malcontent is Kaitlyn Tiffany, a Vox writer who presumably would have felt comfortable with mobs destroying power-looms in 19th century England. In an article bluntly entitled, “Wouldn’t it be better if self-checkout just died?” Tiffany laid out precisely why she believes retail stores ought to eliminate the machines.

Her first objection is a simple one: self-checkouts are annoying. And admittedly, that’s hard to argue with. Those who’ve been scolded for placing an “unexpected item in the bagging area” will understand. “Seemingly everyone hates them,” writes Tiffany.

As someone who worked as a self-checkout attendant for three years, I can confidently say that Tiffany’s generalization is way off base. Not only are self-checkouts not universally loathed, there are a large number of shoppers who actually prefer them over a human cashier.

To the self-checkout haters, this is ludicrous. “Why would I want to scan and bag my own groceries?” they ask with haughty indignation. Well, there are a number of reasons.

First, no one is going to treat your items with as much care as you do. One does not have to be a cynic to understand that there are reckless cashiers who will bruise your fruit or smash your bread. You can also bag your groceries in whichever way you prefer. For those worried about breaking their eggs, or mixing that leaky package of meat with the vegetables, being able to bag your own groceries is nothing to scoff at. Self-service often means better service.

Second, using the self-checkout is frequently the fastest option, at least for those who feel comfortable with the technology (no unexpected items in the bagging area!). Even its relative unpopularity with other customers is a bonus for those who like them; after all, if fewer people want to use the self-checkout, the chance of there being a line is diminished.

Is the Store Making You Do Someone Else’s Job?

Of course, what really infuriates the self-checkout haters is being “forced to do a cashier’s job.” In reality, customers engage in self-service all the time. One fairly obvious example is when shoppers collect their own items as they browse the store. But it wasn’t always this way.

A little over a century ago, this was a task usually done by a store clerk who would take a customer’s order and retrieve the products while the customer waited. Large stores required a “small army of clerks,” which naturally raised the cost of labor, costs that were passed on to the consumer in the form of higher prices. It wasn’t until George Saunders founded the first Piggly Wiggly store in 1916 that customers were allowed to take items off of the shelves by themselves. He aptly referred to it as a “Self-Serving Store.”

Today, we are so accustomed to perusing the aisles and carting around our own groceries that we would never think to complain about “being forced to do someone else’s job.” And yet, customers exert much more time and energy walking around the supermarket and grabbing things off the shelves than they do checking out.

Be that as it may, in the vast majority of stores customers can still choose to have their purchases scanned and bagged by a cashier. After all, no one is actually forced to use the self-checkout, despite the overzealous rhetoric.

But for modern Luddites, even voluntary self-service is verboten. It is decried as a pernicious development which threatens to eliminate jobs by making the customers do the work themselves. And in some cases, self-service has been outlawed. In New Jersey, for example, it is illegal for you to pump your own gas. While the original reasoning behind the prohibition may have been more sinister, today the purported justification for the ban is to protect the jobs of gas station attendants. The argument is not without merit: allowing drivers to fill up their own tanks did remove the need for an attendant. But it also brought down prices and increased customer satisfaction.

Nowadays, critics of self-checkouts make the same argument against self-service that was made to ban motorists from filling up their own cars. They worry that machines have been replacing human cashiers for a while and, if left unrestrained, will eradicate the job completely.

But is it true? Do self-checkouts eliminate cashier jobs? In short: not really. According to the Bureau of Labor Statistics, the number of cashiers in the United States has risen precipitously over the past decade, even during the Great Recession when overall employment growth was pitifully low. That’s not to say there wouldn’t be more cashier jobs if self-checkouts had never been invented; surely there would be. But they are certainly not about to make the occupation obsolete any time soon.

On the contrary, the biggest threats to the future of cashier jobs are online shopping and Amazon-style “grab and go” stores. To what extent these technologies will replace the traditional retail store remains to be seen, but it’s fair to say that the need for human cashiers will be diminished as time goes on.

We can ease the transition to a cashier-less world, however, by abolishing the minimum wage, a policy which incentivizes companies to replace cashiers with self-service machines. The two sectors leading the charge in automation, retail and fast food, also happen to have low profit margins, inhibiting their ability to absorb an increase in labor costs. Given the relentless drive to increase the minimum wage over the past few years, it’s no wonder that places like McDonald’s have moved toward using self-serve kiosks.

Capitalism Gives Us the Freedom to Choose

In the end, the biggest question mark in the future of self-service is not government policy or even technological innovation, but consumer preference. It is consumers who decide which products and services become profitable and which fail.

For the most part, consumers have welcomed self-checkouts. They appreciate the added convenience, as well as the ability to scan and bag their groceries how they please. But the market has not thrown aside those who prefer regular checkouts. The vast majority of retail stores still have cashiers available to assist customers with their purchases. Of the four grocery stores and three “dollar stores” in my local community, for example, only two offer self-checkout in addition to regular cashiers.

Where self-service has been unpopular, companies have done away with it. Just last year, Walmart announced it would be discontinuing its “scan and go” service after finding that customers didn’t like using it. The service will remain available at Sam’s Club, where shoppers apparently love the new service, increasing usage twofold over the course of a year. In both situations, consumers made their voices heard and the company listened.

The great thing about the free market is that it doesn’t force everyone into one-size-fits-all products. Sadly, there are many who see this as a bug rather than a feature. Market skeptics like Kaitlyn Tiffany observe shoppers scanning their own groceries and see nothing but capitalist trickery. But for those who value having more choices, the only complaint can be: I wish this had been available sooner!

Tyler Curtis works as a lender at a community bank in Missouri. He also holds an undergraduate degree in Economics from the Missouri University of Science and Technology.