The latest Libertarian Party skirmish, dubbed #themegate, brought to a much sharper divide in the party than many realize existed.

It all started earlier this month when the Libertarian Party launched a fundraising effort to raise money for pre-convention expenses. Sixteen themes were offered for consideration, each with a donation goal of $1,000. The slogan that received the highest dollar donations would be chosen as the theme for the 2018 Libertarian Party Convention. While some of the themes were rather typically libertarian, such as Taxation is Theft and Future of Freedom, some of the slogans raised more than a few eyebrows.

The Libertarian Republic’s sister site, Liberty Viral, ran a piece questioning the both the rationale of using donations to choose the theme, and also pointing out how divisive some of the theme choices were. Writer Aaron Mathis noted that the slogan Free Lives Matter could be construed as a slight to Black Lives Matter. He also noted that Building Bridges, Not Walls was a meant to slam Trump supporters.

I began to see those who supported the Pro Choice on Everything supporters sharing this image in libertarian Facebook groups.

I protested, saying it was a slam against pro-lifers, and I was surprised by the responses I received.  Some libertarians feigned shock that anyone would think that the term “pro-choice” was a reference to abortion. “Well, if that’s the way you interpret it, that’s your problem,” I was told. This line of thinking was advanced by many, but it’s a non-starter. If you ask any ten random people in the U.S. what the opposite of pro-choice is, they will say either pro-life or anti-abortion. This is widely understood in our culture, and to pretend that it isn’t is disingenuous.

Other libertarians were not going to play coy on the issue. They freely expressed rather vehement dislike for the pro-lifers in the party, even to the point of calling them conservative infiltrators, such as this post on the Larry Sharpe Libertarian Facebook page.

“Pro-Choice On Everything” and “Building Bridges, Not Walls” are the best choices. The fight against the conservative Republican-lite label that the media and Republicans have tried to paint us with. If this pushes people away, then GOOD! Why should we want prohibitionists and nativists? Why do we want to bring in more people who will want to change the platform to suit their old ideology that is not libertarian?

This post was a response to Larry Sharpe, who, recognizing that a fracas was brewing, aimed to refocus libertarians on getting people elected to office. He wasn’t in favor of exiling a large segment of the LP by choosing a clearly divisive theme for the convention. Part of his post read as follows:

The LP should focus on getting Libertarians elected. Anything the LP does should be somehow related to that. If that means we should be a training arm, a marketing resource, a repository of information, etc…. all good as long as it assists in getting Libertarians elected. I am aware that many disagree with that opinion. With that in mind, we must also have solid principles. That means we need to try our best to walk the tightrope of staying true to our principles (while doing as little as possible to hinder Libertarians getting elected) and growing the party (helping Libertarians get elected without watering down our principles). This is difficult! But, we need to do it.

Some libertarians evoked the pro-choice stance of Libertarian Party Platform, but the pro-lifers were having none of that.

I don’t look to the party to tell me what to think. I joined the party because there exists major agreement with most of what I think. Those few issues on which I disagree with the platform do not change my positions. The party is not philosophy perfected. It is a collection of positions based on an overall philosophy of freedom, but I do not think it is representative of every libertarian viewpoint.

In another thread where Pro Choice on Everything libertarians touted adherence to the platform as if it were tantamount to an edict of libertarian thought, this meme appeared. 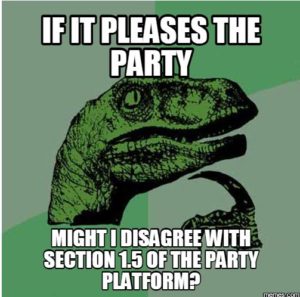 As many pro-life libertarians tried to explain the libertarian pro-life viewpoint, which simply recognizes unborn humans as persons distinct from their mothers, and thus entitled to protection of their natural rights, the pro-choice libertarians often shut them down without discussion. LP Chairman, Nicholas Sarwark, went as far as to say that abortion simply isn’t an issue.

Real talk: Abortion is not a live political issue, it's just a way for people to distract and divide us.

This post begs a few questions: First, if it’s not a real issue, then why is it in the platform at all? Second, since this is a dispute internal to the LP, what people are distracting and dividing us? Is the implied answer the pro-lifers?

You can read the entire Twitter thread here. Perhaps the most derogatory comment made by the LP Chairman was this:

Members of @LPNational are being played by clickbait trolls to see a conspiracy in a convention fundraiser.

As the contention played out over the convention theme, the donations trickled into the LP, and the horserace began trending against Pro Choice on Everything. Since the ultimate theme choice could easily be manipulated by anyone willing to donate enough money, I have no idea if the winning theme was chosen by a large group of people making small donations, or by one or two people willing to make hefty donations. Regardless, when the winning theme was announced, it reminded me a little of fighting with my siblings and having my mother come into the room and tell us to knock it off.

I’m That Libertarian! received 40% of the total voting dollars compared to Pro Choice on Everything winning only 11%.

The inspiring speech given by the former presidential candidate for the Libertarian Party, Dr. Marc Allan Feldman, won the day for the convention theme. The speech was a call to action—a call to united action in which Feldman rapped references to libertarians of all stripes, declaring, “I’m that libertarian!”

The divisions in the Libertarian Party aren’t going to go away. Some libertarians will eschew those who don’t toe their philosophical line, knowing full well that libertarians don’t like to be told what to do or what to think or say. Some libertarians would like to oust the philosophical purists because they scare away newbies. Some will tell the pro-lifers, “Don’t let the door hit you on your way out,” and others want to dump the anarchists. But it is pointless to try to gain political control of a party for people whose shared core philosophical belief is that the individual should not be controlled.

In the end, we all seem to be “that sorry, I’m not sorry libertarian,” and we let our differences overshadow the great swath of common ground we share. As Dr. Feldman showed, that common ground is far more expansive than rivalries and degrees of libertarianism, and I hope that “I’m That Libertarian!” rings in the ears of the delegates to the 2018 convention.

And I also hope they vote to strip section 1.5 of the platform so we can get back to arguing about universal basic income. 🙂 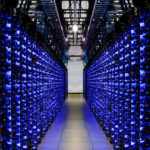 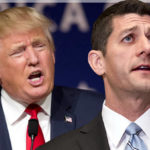