The Libertarian Party fired shots at former 2016 LP Presidential candidate Austin Petersen on Twitter on Friday, accusing him of abandoning the principles of liberty.

The insults came as a response to Austin posting on Twitter about how he wished President Trump would keep his campaign promise of bringing U.S. troops home from the Middle East. Petersen was making reference to President Trump’s decision to deploy more troops to the region after an American led air-strike killed Iranian Gen. Qasem Soleimani, although U.S. officials say the decision to deploy more troops wasn’t a result of the strike, according to NBC News.

“I know it’s not PC to admit, but I don’t give a shit about the Middle East or what happens there and wish the president would keep his promise and bring the troops home,” Petersen said on Twitter late Thursday night.

I know it's not PC to admit but I don't give a shit about the middle East or what happens there and wish the president would keep his promise and bring the troops home.

The LP National Twitter account decided to take this opportunity to troll Petersen in the thread due to his decision to leave the Libertarian Party before running for Senate in his home state of Missouri in 2018.

“We’ll respectfully have to disagree with the gentleman that left us for “electability,” yet placed a distant third in his primary, losing to a man who takes conservative populism to radical new heights. Should you ever wish to work towards genuine liberty again, we’ll be around,” the LP tweeted early Friday morning.

We'll respectfully have to disagree with the gentleman that left us for "electability", yet placed a distant third in his primary, losing to a man who takes conservative populism to radical new heights.

Should you ever wish to work towards genuine liberty again, we'll be around.

The LP also accused Petersen of running “fringe outsider campaigns in a party that has gone so far populist that liberty is no longer on the radar.”

Nor will running fringe outsider campaigns in the GOP when the party has gone so far populist that liberty isn't even on the radar anymore.

And President Trump has no interest in bringing the troops home – if he did he would have started the process 3 years ago.

As a supporter of Austin’s since his 2016 Presidential campaign, I can tell you that the LP’s attempt to shame Austin for his decision to leave the party (which he made after calling over 4,000 of his supporters) is nothing more than an example of the same disgusting tribalism that we find in both major political parties.

My supporters, most of them LP members, recommended I leave the party. I know because I called them all one by one and asked. Over 4,000 of them.

I have begun to believe that the Libertarian Party as a whole couldn’t care less about truly trying to advance the principles of individual liberty and limited government. Instead, they want to bicker about government overreach and the problems big government creates while shaming other liberty-minded folks both inside and outside of the LP because he or she doesn’t fall in line with every single plank of the party platform.

I say this as someone who made the decision to register as a big ‘L’ Libertarian in November of 2018 instead of remaining a small ‘l’ libertarian unaffiliated with any political party as I had been for the majority of my adult life. I must say this constant childish behavior and attempted browbeating of anyone who decides to leave the LP while still remaining true to the principles of liberty has me heavily considering becoming a small ‘l’ libertarian once again. As Austin pointed out on Twitter, the party seems to be just as corrupt as the two major parties without any of the recognition.

The Libertarian Party: All the same corruption and hypocrisy as the major parties, with none of the perks. https://t.co/rOEOqrSSJY

I can’t stand by and watch a party run by clowns attempt to tarnish the good name of a man who does far more to advocate for liberty on a daily basis than the Libertarian Party as a whole has done for years. I have no malice in my heart toward the LP or any of its members, but I will not allow anyone to try to jab at a man whom I personally believe is the best person to come out of the Libertarian Party since Former Congressman Ron Paul (who was not elected to serve until he ran as a Republican).

Instead of bickering about government waste and corruption, Austin works every weekday to use his platform as a commentator on the KWOS Morning Show in Jefferson City Missouri, to make the case for limited government to the people of his state and around the world. That doesn’t count all the debates and speaking engagements he has participated in around the country and the fine people he has trained and given platforms by founding The Libertarian Republic.

On a personal note, Austin has mentored and trained me, a man born with cerebral palsy and given me a pathway to work to achieve my life’s dream of becoming a successful member of the media so that I can work and get out of the clutches of the Welfare State instead of remaining tangled in its webs due to circumstances I had no control over. What in the name of Patrick Henry could be more libertarian than that?

Whoever is in charge of the National LP’s Twitter account and public relations shouldn’t throw rocks when they live in a glass house. The LP seems to chase away and shame every single candidate/ former candidate who has a gift for making the libertarian message appealing to the average voter. Instead, they favor folks like Gary “What is Aleppo” Johnson and his gun-grabbing buddy Bill Weld, naked guys dancing on stage at conventions, and shaming other members of their party who believe abortion kills an innocent life.

The Libertarian Party as a whole will never be taken seriously by the rest of the nation until its members practice a bit of self-governance and civility to others both inside and outside of the LP.

A party that would shame one of it’s former members simply for listening to his supporters and the voters of his state while still walking the path of freedom is not capable of governance, and has no room to speak about corruption within the GOP and Democratic Parties when it is guilty of the same corruption and tribalism.

Austin is one of the boldest voices we have in the modern liberty movement. I will gladly stand arm in arm with him any day of the week. I am grateful to call him my boss and mentor, but even more so, one of my greatest friends.

I want to encourage all friends of liberty, regardless of the party to which you belong, to stop the fighting amongst ourselves. A house divided cannot stand, and if we are to defend the blessings of liberty for ourselves and our posterity, we must stand together or all our efforts will have been in vain. 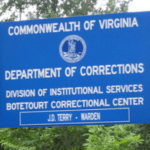 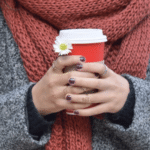 I, Coffee: Why You Should Thank 1,000 People for Your Cup of Morning Joe