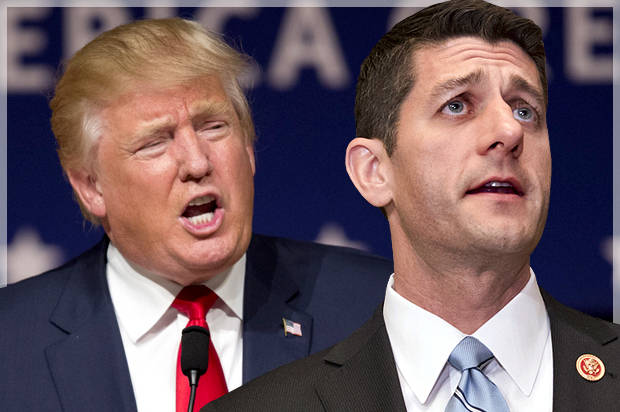 ABC News is reporting that at 3:00 PM EST, 30 minutes prior to the vote on the American Health Care Act’s replacement of Obamacare, President Donald Trump called Speaker Paul Ryan and instructed him to pull the bill from the House floor.

#BREAKING President Trump asked the House Speaker to pull the bill. No vote.

This removal of the bill from a House vote has been reported by other members of Congress as well.

.@HouseGOP pulled the #AHCA! Thank you for the thousands of calls, over 3,000 emails, feedback! YOU did it! #ProtectOurCare

Reports that the Democrats in the House of Representatives, upon hearing that the bill would be pulled, began to chant “vote,” on the floor of the House.

Republicans suspended debate and are holding conference. Democrats are all on the floor. GOP side is empty #ahca https://t.co/xzbcuqN0px

This is victory for the more conservative members of the GOP, such as the House Freedom Caucus, who became the face of the opposition to the bill, naming it “Obamacare-lite,” or “Obamacare 2.0.” Many on Twitter took to congratulating and thanking the caucus for standing on principles.

According to CBS News press conference will be held around 4 PM EST by Speaker Ryan to address the incident.

MORE: Speaker Ryan will hold a press conference at 4pm and give an update on health care reform. Watch live here: https://t.co/EhCfF1hSDR

Critic of the bill, Sen. Rand Paul (R-KY) has released a statement regarding the House’s rejection of Obamacare repeal:

“I applaud House conservatives for keeping their word to the American people and standing up against Obamacare Lite,” said Dr. Paul. “I look forward to passing full repeal of Obamacare in the very near future.”

Paul also mentioned his version of a Obamacare repeal bill which was introduced into earlier this month called  the Obamacare Repeal Act (S. 554). S. 554 was actually passed and placed on the desk of former President Barack Obama in 2016. Read the bill here.

Fox News’ Shep Smith, on his namesake show, said he had word that President Trump will now reach out to Democrats to see if he can find some across aisle support for the bill, and revisit the legislation at a later time.

Updates will be run as new information becomes available.

WWE Legend Kane to Run for Mayor in Tennessee