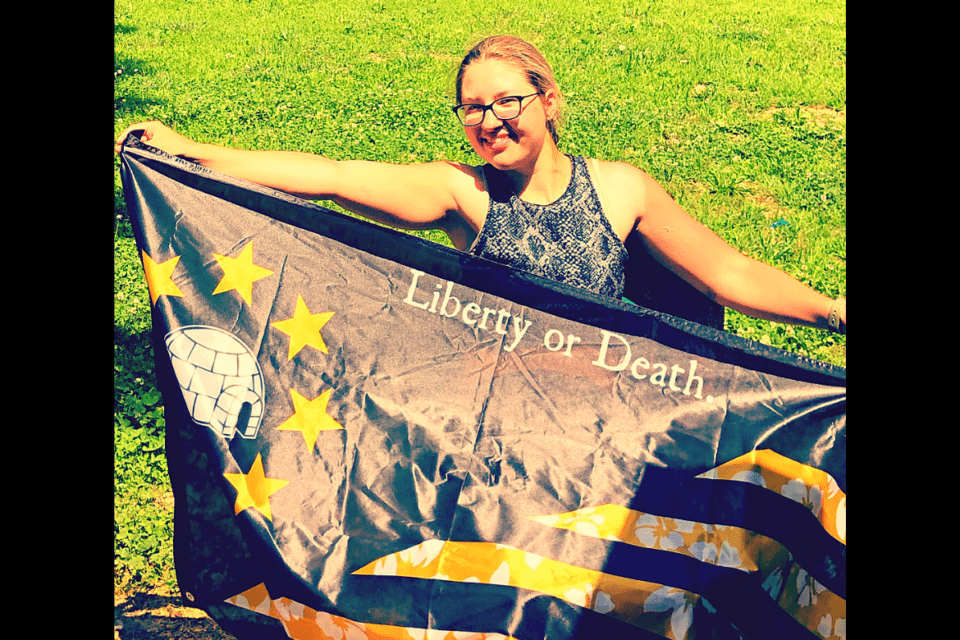 Diego Adrian Rivera saw a void in culturally accessible liberty clothing and merchandise. So he launched I Am the Remnant to be artistically interesting and aesthetically appealing, while representing deep philosophical principles.

He explained that the name comes from an essay by Albert Jay Nock, “Essentially, it is about the truth teller who is out there finding people and bringing them to the cause.”

“The [line’s] logo has a cavernous feel to it; there’s a scholar and a warrior on it. That’s the message I want to send; it is going to take both.” Rivera explains how the remnant’s job is to carry the message of truth to the people who will make a difference. Those people are a minority, but “changes happen on the margins.” Rivera intends to speak to those liberty warriors.

“Invade the culture with liberty stuff that looks good.”

The brand’s first flag is a memorial to those killed by the state, including Duncan Lemp; but Lemp is far from the only victim of state-sanctioned violence. Rivera finds fault with increased police militarization, government overreach, and abuse of power. Specifically, “one of the best examples of this is the no-knock raid.”

He points out that Lemp was killed in a no-knock raid for an accused weapon offense, but Breonna Taylor was killed in similar government overreach during a no-knock raid connected to the drug war. Bringing light to these injustices motivated him, but he admits “I am a Rothbardian Libertarian; so, I generally have a hatred for the state.”

The Lemp case exemplified what his brand was trying to bring awareness to. “That case should be brought to people’s attention because the state murdered a man. It is why I made the Facebook frame that says “his name was Duncan Lemp. People should remember those like him.”

The newest liberty movement that Rivera is appealing to are “patriots –  they love their country, they just fucking hate the government.” 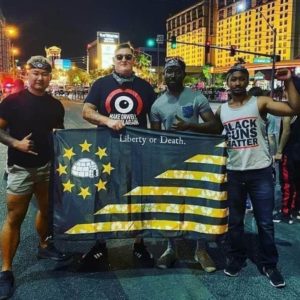 The media and establishment attempted to label the movement as racist and extreme. Rivera answers that hateful label by pointing out with a tinge of pride, “I have seen a proactive and natural recalcitrance to it.” Rivera reminds me that liberty is completely antithetical to racism and therefore, incompatible with the movement.

The Hawaiian shirts referenced by I am the Remnant is a stance against tyranny. The Hawaiian shirt clad bois standing in solidarity with the anti-police brutality protesters, “are saying this is an injustice no matter who it happens to.”

In his words, his brand represents, “hope and a deep desire for a peaceful revolution.”

Both the killing of Breonna Taylor and Duncan Lemp are reminders that the state is violent and Rivera’s brand wants to remind people of that and motivate movement towards liberty.

“The remnant is a call to people; it means you should be hellbent and hypervigilant on bringing people to the movement.”

However, he has no intention of placating those who want to ridicule the liberty movement. In other words, Rivera and his brand are unapologetically about liberty and not bending a knee to trends.

“The future of the line is going to be about keeping a consistent message.” The message is a devotion to human liberty from the words to the images of all the merchandise. It started with a flag, but they are now offering patches. Shirts will be coming soon.

One of the images used for the line comes from a picture of Harriet Tubman. One of the shirts will memorialize the Haitian Revolution in a picture of the liberation that tells of the struggle for human freedom between the lines of images. “Some of these images took over 200 iterations to get them right.”

When asked about where his merchandise is made, Rivera answers, “the clothes are made somewhere in the US.” But he makes it clear that the point is somewhat moot, “I love America, but I understand economics.” In other words, he is not a protectionist.

Diego’s line brings deep philosophical concepts in an artistic and accessible package. A hardcore Rothbardian will appreciate it, but it is visually appealing even for those who are casual observers of human freedom.

How Technology is Changing Libraries