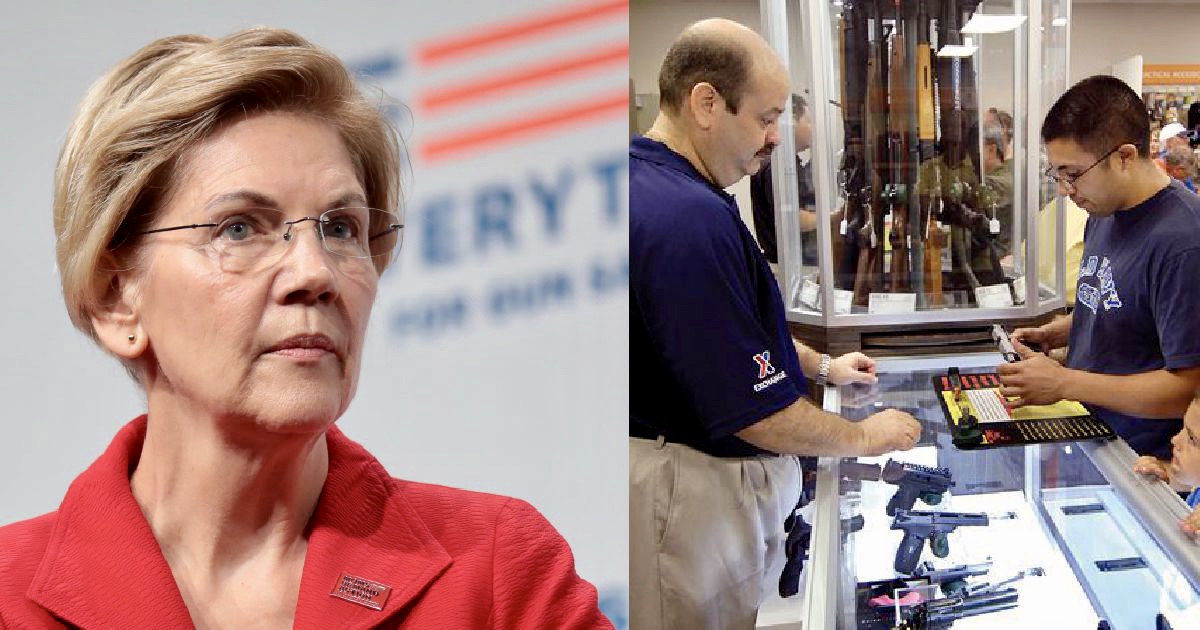 Beto O’Rourke’s call for gun confiscation sent chills through the nation. When asked about his mandatory confiscation policy for so-called ‘assault-weapons’ he replied: “Hell yes we are going to take your AR-15.”

But Democratic frontrunner Elizabeth Warren has devised a new way to attack gun rights: a steep national gun tax of 30 percent and an ammunition tax of 50 percent.

The burden of the tax will fall on the people, not the manufacturer.

Under the Warren gun tax plan, parents seeking a typical $400 shotgun to protect their family would have to come up with $520.

Who would be unable to buy guns because of the Warren gun tax? Certainly not the oft-mentioned “millionaires and billionaires” she claims to want to stick it to. Many poor households will be unable to afford a gun to protect their home.

It’s obvious which group Warren is targeting. Her tax targets those among us who are already the most vulnerable. Many people under the poverty line live in dangerous neighborhoods. While rich liberals like Warren can afford private security guards, the rest of us need to be able to defend ourselves.

Warren views guns as an inherent evil that must be taken out of existence. She knows repealing the Second Amendment is impossible, so she is attempting to tax the right to bear arms out of existence.

When you prevent the poor from owning firearms you put their lives in danger. You take power away from good people and give more of it to gangs and thugs. The only people this law will make safer are criminals.

Meanwhile in Congress, Rep. Danny Davis (D-Ill.) is sponsoring gun tax legislation. He is also a Democratic Socialist like Alexandria Ocasio-Cortez. His confiscatory intentions are the same as Warren’s as shown by a statement he made last year:

“But if rich people were willing and would continue to pay the high price, then I’d be happy that we kept the other group from getting them.”

Even the staunchest progressives should worry about the constitutional implications of this law. Imagine paying taxes to be guaranteed a speedy trial. Or to be read your Miranda rights.

Imagine paying a tax every time you said something the government disagreed with.

Constitutional rights should never be for sale. If Warren imposes a tax on guns, speech, or any other right shielded by the Constitution, she does so with the purpose of preventing as many people as possible from exercising those rights.

Warren’s new way of controlling guns is the most dangerous because it has flown under the radar of most Americans. The right to bear arms was put in place to allow the people to defend themselves from government tyranny. But our strongest weapon in this fight is the ballot box. If Warren becomes president, our right to bear arms will be taxed until it no longer exists.

Even California felt the Warren approach went too far. When a similar proposal was brought up in late August, it failed. It was struck down by the legislature after many state representatives pointed out that low-income residents would be hit the hardest.

But two cities with their own gun tax provide a cautionary tale: Chicago and Seattle. Chicago’s rising gun violence is well known. The Seattle gun tax was enacted in 2015. The tax crippled gun sales – meaning it prevented many lower-income residents from exercising their right to bear arms.

Americans must take a stand against the Warren gun tax. Taxes should not be weaponized to strip the American people of their rights.

If we don’t take a stand today for the gun rights of the poor, tomorrow all of us will lose them.

Climate Activist: “We Need To Eat The Babies” [VIDEO]