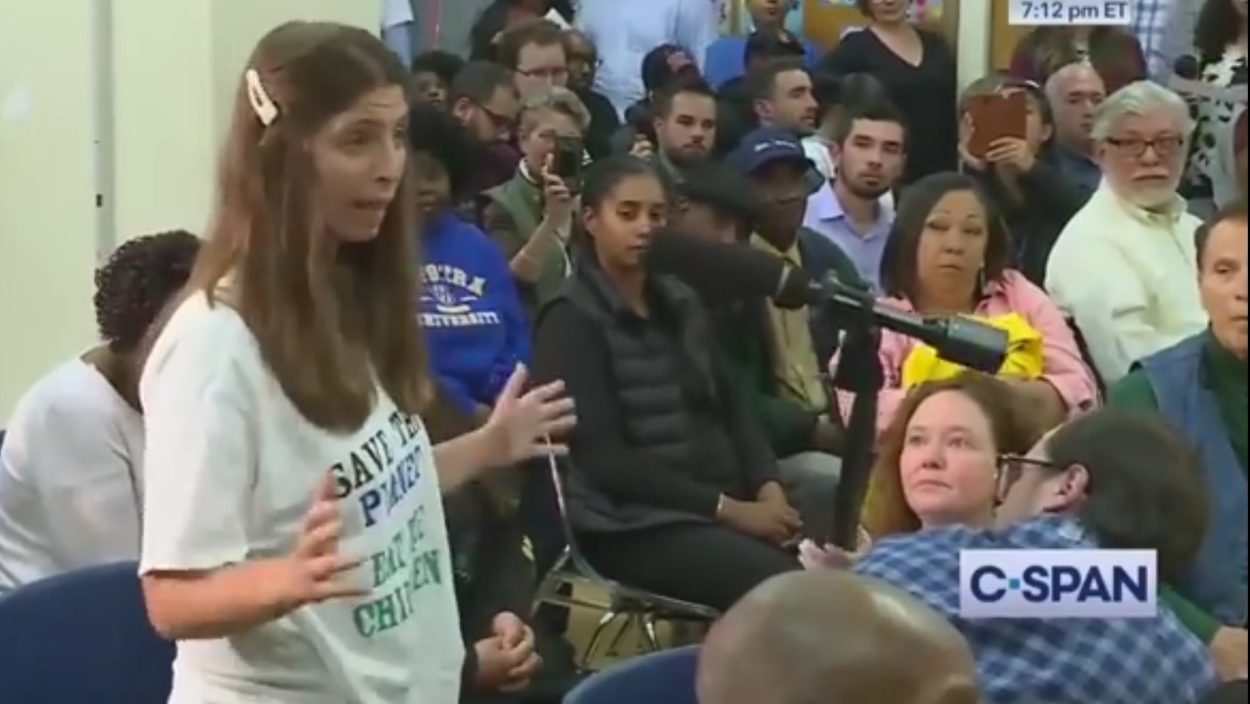 A climate change activist showed up at a Town Hall for US House Rep Alexandria Ocasio-Cortez with an odd message.

“We have to eat the babies.”

She specifically told Ocasio-Cortez that this should be her next campaign slogan, and that we only have a few months left to act on climate change.

During her time with the microphone, she removed her jacket to reveal a shirt that read “Save The Planet. Eat The Children.”

One of Ocasio-Cortez's constituents loses her mind over climate change during AOC's townhall, claims we only have a few months left: "We got to start eating babies! We don't have enough time! … We have to get rid of the babies! … We need to eat the babies!" pic.twitter.com/uVmOnboluI

Is it possible this was a troll? Sure. People causing disruptions at events for politicians isn’t new. She could definitely be a troll.

On the flip side, population control is a cornerstone element of fringe climate activists.

“We are the problem. You. Me. Too many of us. Population is out of control worldwide. Seven billion today. Ten billion by 2050, in one generation. Too many babies. Too many old folks. An out-of-control civilization committing mass suicide. We are responsible for destroying the planet.”

These all fuel the ultimate fringe, with institutions like the Church of Euthanasia, a population reduction advocacy group from the 1990’s.

“The Church has only one commandment, and it is “Thou Shalt Not Procreate.” In addition, we have four “pillars” or principles, which are Suicide, Abortion, Cannibalism and Sodomy.”

While this group has fallen apart, their website is up as an archive. The important thing to remember is that people have thought and do think this way.

Will climate activists become the next school shooters?

As suspected, a pro-Trump group has come out, taking credit for trolling Alexandria Ocasio-Cortez. LaRouche PAC, a fringe, far-right group tweeted late Thursday, that “it was us”. You can read more at Gizmodo.com.

How to have a happy life after marriage