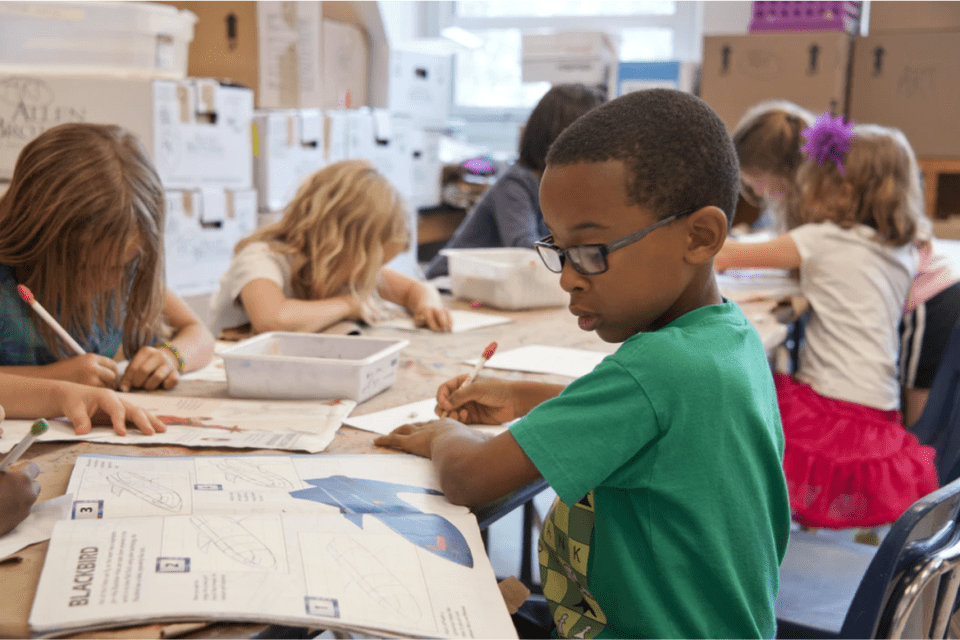 A long-standing problem in education is the academic achievement gap. Children of lower-income families typically lag far behind their counterparts from families with greater incomes.

While that gap has many causes, a significant contributor is the lack of educational options available to low-income families whose children are often consigned to the worst public schools.

In other settings, those same children learn and thrive.

Those families have a champion in Oklahoma Gov. Kevin Stitt, who is leading the way in innovative use of federal Coronavirus Aid, Relief, and Economic Security (CARES) Act funding. Stitt has decided to use a portion of CARES Act funding to support educational opportunity in Oklahoma.

One of the most important programs Stitt has rolled out is his “Stay in School” initiative. The governor’s plan uses $10 million in federal COVID-19 funding to help more than 1,500 Oklahoma families access $6,500 apiece to attend private schools.

Contrary to teachers union wailing, public schools are not being “starved” in the process. The $10 million is a small share of the state’s overall $360 million in federal funding designated for education response to COVID-19.

But even if that weren’t the case, the “Stay in School” initiative deserves support. Without it, many students from low-income households would face bleak prospects.

That figure reflects the academic gap before COVID-19. Experts agree the coronavirus shutdown of schools last spring made things worse. Across Oklahoma, many schools effectively stopped teaching in March.

Some of Oklahoma’s private schools stepped up to the plate long before anyone had heard of COVID-19. Crossover Preparatory Academy serves mostly working-class minority male students in grades six through nine in north Tulsa.

Those students continued to learn even after public schools effectively shut down. So did homeless children served by Positive Tomorrows in Oklahoma City and the predominantly minority students from low-income households served by Cristo Rey Oklahoma City Catholic High School.

Students at all three of those schools are expected to benefit from the “Stay in School” initiative.

In contrast, Oklahoma’s urban-core schools are expected to remain closed and offer only online learning for at least nine weeks of this school year.

The consequences for low-income families are almost unimaginable. An analysis by consultants at McKinsey & Co. estimated that if in-class instruction does not resume until January 2021, low-income students will lose more than a full year of learning because of poor quality or nonexistent online instruction.

The “COVID-19 slide” has been called the “summer slide on steroids.” The “Stay in School” plan provides real hope to needy families who would otherwise be dragged down by that academic avalanche, and it should serve as a model for states across the country.

In addition to the “Stay in School” initiative, Oklahoma also will use $8 million in federal COVID-19 funding for the “Bridge the Gap Digital Wallet” initiative, which will provide $1,500 grants to more than 5,000 low-income families to purchase curriculum content, tutoring services, and technology.

That program has received support not only from Republicans, but also from the Democratic Party’s 2014 Oklahoma gubernatorial nominee.

The state will also use $12 million in federal funding for the “Learn Anywhere Oklahoma” program, which will allow schools to access digital content, including Advanced Placement courses, across grades K-12. Additionally, the funds will allow schools to provide access to online content with a teacher of record online.

The program is expected to allow schools to offer coursework, particularly in rural districts, that would otherwise be unavailable.

But it also makes sense when measured by an even more important metric; namely, the understanding that Oklahoma cannot afford to squander its human capital.

Jonathan Small is president of the Oklahoma Council of Public Affairs.

The Best E-Learning Platforms That Students Can Benefit From