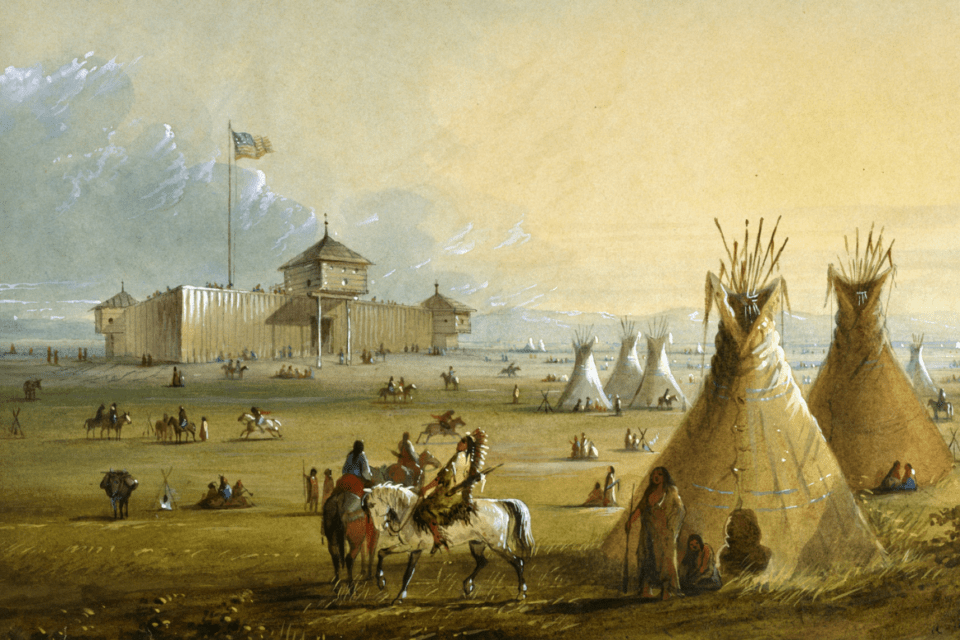 It has been over 150 years since the last of the wars between the U.S and Native American tribes. The history of settling the western lands is littered with many well-known brutal conflicts such as Custer’s Last Stand and the Trail of Tears. These conflicts ended when the U.S. granted large tracts of territory to Indian tribes in exchange for promises from the Native Americans not to attack settlers.

Unfortunately, to this day, the U.S. and the Sioux Nation stand in opposition over the ownership of large amounts of territory surrounding the Black Hills of South Dakota and parts of Montana, Nebraska, Wyoming and North Dakota.

President Trump traveled to the territory as part of his Fourth of July extravaganza to honor the nation. In his speech at Mount Rushmore, the president focused on the protesters or rioters as he calls them. The president exclaimed the U.S. is “…the most just and exceptional nation ever to exist on earth.”

The president’s speech was an angry tone in talking about the protesters in Portland, Chicago, Minneapolis. He noted the U.S. is “witnessing a merciless campaign [by protesters] to wipe out our history, defame our heroes, erase our values, …, and unleash a wave of violent crime in our cities…” He called the protestors the “…very definition of totalitarianism,” proposing ten years in jail for anyone damaging national monuments.

The president certainly made his point. Unfortunately, the president ignored the history of the territory where he was standing. He failed even to mention the violence inflicted on the Sioux Nation when the U.S. wanted their land for passage, gold, timber, and cattle grazing.

The president’s speech recognized the harm and suffering caused by the unlawfulness of crime, killing, and the destruction of property by the protesters.  Now the president needs to apply his beliefs about the harm caused by protestors to the U.S. actions against the Sioux Nation. Such recognition in light of a 1980 Supreme Court decision holding that under the 1868 Treaty of Laramie, the land in the Black Hills was illegally taken from the Sioux Nation. This decision allows the U.S. to correct a 143 year wrong.

Mr. President, the conduct of this nation toward Indian tribes has been abhorrent. It is a history of broken treaties, stolen lands, false promises, fraud, and genocide.

You now have an opportunity to make it right. Honor the 1868 Treaty of Fort Laramie and re-establish a Sioux Nation Reservation on the sacred lands taken from them by military force. President Obama supported this effort. You have a chance to close, perhaps the largest real estate deal in history.

As Paul Harvey said – “And now the rest of the story.”

To end the Indian Wars, the federal government and the Sioux negotiated the Treaty of Fort Laramie (1868), pledging to cease the war between the parties forever. The U.S. pledged that the Sioux Nation (parts of North Dakota, South Dakota, Wyoming, Nebraska, and Montana) would be set apart for the absolute and undisturbed use and occupation of the Indians.

The Sioux Nation pledged to allow safe travel through their territory, peace and that if any “bad men among the Indians shall commit a wrong or depredation upon the person or property… subject to the authority of the U.S., the Indians shall deliver the wrongdoer to the U.S.”

After ratification, gold was discovered in the Black Hills. Americans demanded to open the territory for settlement. Additionally, the final construction of the Union Pacific Railroad increased travel through the territory.

More settlers and more travel led to clashes between settlers and tribes, leading to open hostilities. In 1876, President Grant secretly allowed settlers to move into Indian territory. Grant unilaterally ordered the removal of certain tribes from the territory. In 1877, open war broke out, and the U.S. government annexed the lands protected by the treaty.

From 1877 to 1980, Congress offered money to settle with the Indians, but the Sioux Nation never accepted a settlement since it was forcibly deprived of their lands in violation of the treaty. Moreover, the amounts offered by the U.S. were a pittance for such a vast territory.

Litigation continued until 1980 when the Supreme Court upheld the Court of Claims finding that there was a taking of tribal property. Additionally, the court ruled that with taking there is an “… implied an obligation on the government’s part to make just compensation to the Sioux.” The Supreme Court held that obligation consisted of the $17.5 million Court of Claims damage award, plus interest from the taking date, about $1.5 billion today. The Sioux again refused the money.

Throughout a century of proceedings, the U.S. viewed the taking as an eminent domain proceeding to be settled by money. The Sioux Nation, never relinquished claim to the territory, considering the seizure in violation of U.S. treaty obligations.

This stalemate is untenable in a democratic society. While the Fifth Amendment of our Constitution requires “just compensation” for the taking of property; it also requires that before the property can be taken, the owners must be extended due process. The Sioux Nation never received due process before the U.S. seizing its property.

The U.S. alternative would be to claim the territory under the right of conquest, extinguishing all Indian rights. This doctrine would merely confirm what happened. The right of conquest was legal in 1868, but presently, it is illegal and likely a war crime under Nuremberg Principles. Not a good political posture for any administration.

President Trump has the opportunity to prove the U.S. is an exceptional nation by abandoning ownership claims to Sioux territory. Most of the land is still sparsely inhabited. Moreover, since the U.S. owns 47% of the west, other adjoining lands may substitute for highly populated areas in the territory. As to any private property within reservations, many Indian reservations have privately owned land within the reservation. Oklahoma is an excellent example.

Resolving this dispute with the Sioux Nation may be the largest real estate deal in history. It will also right a tremendous wrong. The faces on Mount Rushmore should be an encouragement to perform great and courageous acts.