Legal marijuana businesses make a lot of money, as you can imagine. But thanks to federal law there is tons of legal cannabis cash out there at risk of enticing robbery attempts or worse.

Because cannabis is illegal under The Federal Controlled Substances Act, most banks and credit unions are shying away from taking money from marijuana businesses for fear of losing their federal accreditation. This leaves business owners in states where their cannabusiness is legal little recourse but to ship and store the money themselves.

These business owners often have to turn to private security firms staffed by former military or law enforcement personnel. They also have to find secure private locations to keep their excess cash.

Some in Washington D.C. are trying to make things easier for cannabis businesses owners and banks and last summer a bill that would allow banks to do business with the cannabis industry managed to (barely) make its way out of a Senate subcommittee. But until the federal government backs off of marijuana prohibition completely there will continue to be problems in states that have made cannabis legal.

In the meantime, some credit unions are taking the chance on marijuana cash, lessening the burden on business owners somewhat. But tens of thousands of businesses in legal states (whether medical or recreational) are operating on a cash basis; not the ideal situation when you’re talking about the kind of money that’s being made in the legal cannabis industry. 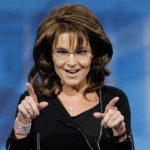 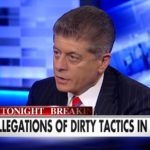