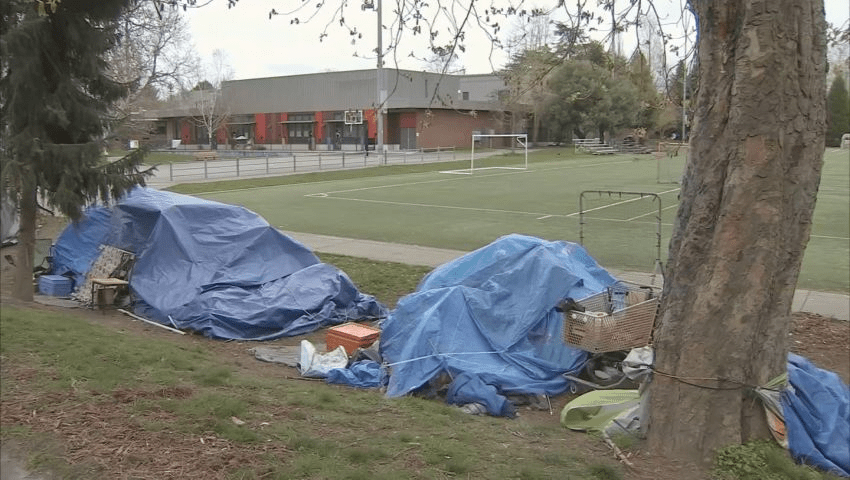 When people think of Seattle, they once thought of a vibrant music scene. They thought of landmarks like the Space Needle, Pike Place Market, or perhaps paying respect at the gravestones of Bruce and Brandon Lee.

Today, when people across America think of Seattle, it is marred by the image of the Capitol Hill Autonomous Zone (CHAZ) and a lengthy year’s worth of rioting only overshadowed by the likes of Portland. They think of sidewalks obstructed by tents, trash, needles, and random violent assaults.

These negative associations with Seattle have been largely limited to downtown Seattle, on the south side of the Ship Canal Bridge; the other shore of Lake Union.

The north end of Seattle is a suburb of its downtown counterpart and has seen few of the problems downtown has, of which activity tends to be isolated along Highway 99. Yet, it is governed by the same Mayor and City Council as downtown Seattle, and those problems are now surfacing in communities who thought they had adequate distance from these problems.

The Bitter Lake Community of Seattle is on the most northern edge of North Seattle, only a handful of traffic lights shy of exiting city limits entirely. It’s a much more quiet single family home community, nestled in side streets between the main drags of Greenwood and Aurora avenues.

During the pandemic when students shifted to remote learning at home, a homeless encampment formed on school property at Broadview-Thompson Elementary School in the Bitter Lake Community. Parents were apathetic at first, adopting an ‘out of sight out of mind’ position, and assumed that the situation would be handled by the time students returned to the classroom on school grounds.

The encampment started in July of 2020, and the city promised it would be removed that September. Yet the encampment has not been removed, and has only grown larger.

As time drew closer to the beginning of in-school learning, the Seattle School Board asked the city not to remove these camps, including the one at Bitter Lake, barely within the city’s grasp. Parents began to worry about their children’s safety returning to school.

As children returned to school to finish the remaining school year, the encampment continues to grow. Weapons have been found in the encampment on school property, and the school was placed into lockdown over a pellet gun spotted in the camp.

Now, King County has brought their needle exchange program to the elementary school, handing out needles and syringes to members of the encampment right in front of children on school grounds.

“‘To see them (public health) disperse the needles right on your frontage in plain sight for everybody to see was an outrageous moment,’ said Paul Riemann whose home looks directly into the encampment.

In the last two weeks, police have been called to the camp several times, a large sword was seen outside a tent and last Tuesday the school had to ‘shelter in place’ when a camper was seen with a pellet gun.”

Perhaps voting for School Board Members should be a privatized vote reserved for people who actually have school aged children in the district, rather than everyone who is eligible to vote who have no skin in the game. But this is pie in the sky, as it makes way too much sense to actually come to fruition.

Not everyone can afford private school, especially if they have several school aged children. With two income households, not everyone can find time to homeschool; though with all children learning from home and having to make time to accommodate this, I hope many can give this a second thought. Do it if you can.

What can really make a difference however, is School Choice. This is a system where the student is funded rather than the school, and can choose which public school they want to attend. This would force schools and districts which have become comfortable with zoning and not having to act in the best interest of their students, to immediately be forced to do so. The alternative is that students leave, and therefore funding also leaves. If a school consciously continues to underperform or not provide a safe environment, the conclusion will finally, for once, be as it should. The school will rightfully close, and not look good on a future resumé.

This would make a world of difference for students in the Bitter Lake Community, who are currently zoned into Seattle Public Schools without a choice, to be given the option to attend Shoreline Public Schools just a few traffic lights away.

Also, if you are a parent who believes schools should serve students and not the mob, consider running for School Board.