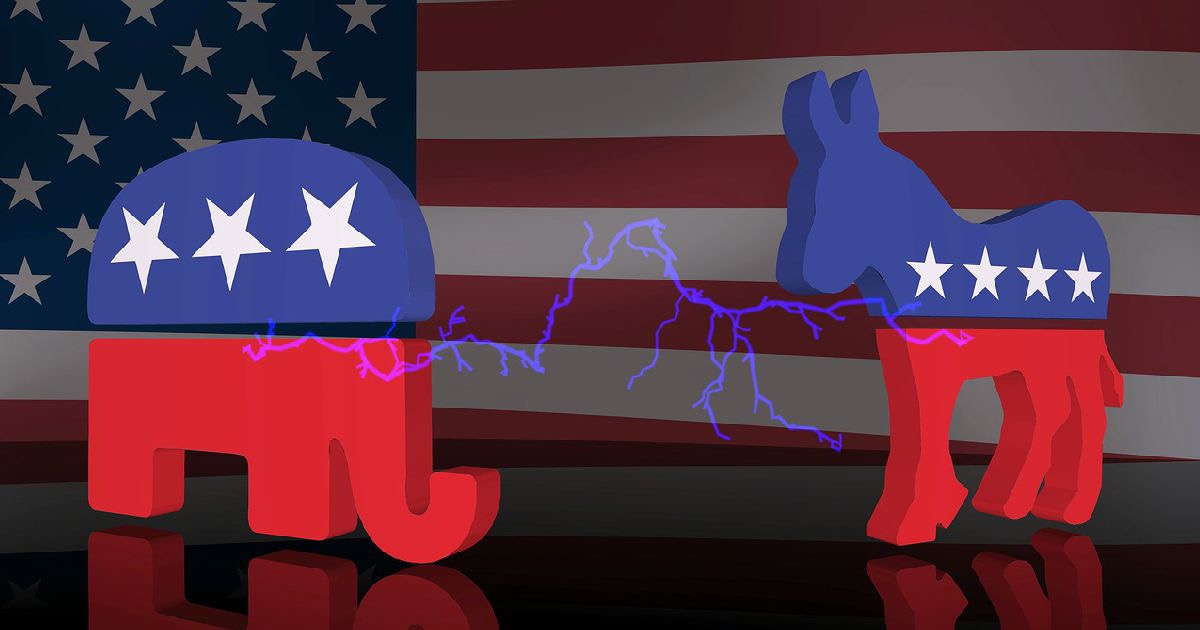 This article is the first in a series of articles addressing the question of how do Americans get control of their country from the Republican and Democratic parties (“R&D parties”) who have so manipulated election laws that the two parties have complete control of the government of the United States.

People think of monopolies/duopolies in a corporate sense; one or two businesses having exclusive control over a part of our economy either through legal privilege or concerted action. This control limits competition whenever it is exercised. When business acts anti-competitively, there are laws that can be applied to its unfair practices.

How does a society, however, control large-scale concerted anti-competitive actions outside of business activity? Specifically, how can we control the concerted actions of the R&D parties that limit the ability of minor political parties or independent candidates to participate in the running of the government of the United States?

The R&D parties manipulate election laws to ensure one of their loyalists almost always wins the election. Controlling who wins directly translates into what laws are enacted, which citizens or corporations receive subsidies, who is taxed more or taxed less, how commerce is regulated, and who will judge us should we violate any command.

According to David Nir, in an article in the Daily Kos that references Becoming a Candidate (Jennifer Lawless), there are 519,682 elected officeholders in the United States. Of this total, the Libertarian Party in 2017 claims 168 of these officeholders; the Green Party in 2016 held 143 offices; and the Constitution Party holds 12 offices. Many of these positions are non-partisan. There are also at least 26 Independent office holders, including 2 U.S. Senators who caucus with the Democrats, and 26 Democratic Vermont Progressives. A basic calculation places the third-party competitors’ share of the political market at 0.0006754%.

The R&D parties ruthlessly maintain control of the political marketplace. This occurs through the imposition of burdensome petition signature requirements on third-party candidates, and the filing of costly lawsuits challenging the signatures on the petitions of third-party candidates which drains their scarce resources. There is also a complex aggregation of state laws that grants special ballot access to R&D party candidates, ranging from automatic ballot access to requiring fewer signatures on a qualifying petition.

How have we let this happen?

Political parties are nothing more than highly organized, demographically diverse, not-for-profit associations of individuals, arranged in a corporate structure, for the sole purpose of controlling all government in the United States (and by extension, us). This monopoly, through its many affiliates, has officers in every nook and cranny in the nation to ensure that a member of an R&D party occupies every seat in government.

Beyond excluding citizens, with different political viewpoints from participating in the governing of the nation, the R&D parties turn representative government on its head. Instead of allowing citizens to vote for a person who will serve as a fiduciary loyal to the Constitution and citizens; the R&D parties use their massive power to force us to vote for one of two individuals whose loyalty is primarily to the R&D parties.

This limiting of political ideas has led to decades of policy failures. On the most important issues, the R&D parties are identical. Both parties have contributed to our massive national debt. Both have contributed to an extraordinarily costly and failed healthcare system. Both parties have supported continuous wars not approved by Congress. These are only a few of the failed policies of the R&D parties.

Action: Historically, third-parties have legally challenged such control, alleging deprivations of constitutional rights, e.g. equal protection, due process and First Amendment. While there have been many successful legal challenges securing ballot access, this approach is a never-ending battle. The R&D parties merely change the law and force more challenges. The R&D parties always have ballot access and third parties always struggle to get on the ballot.

A new approach is needed – one that combines constitutional challenges with federal statutes that allows for nationwide resolution and monetary damages. The R&D parties will never consent to an open political process. Therefore, third-parties must seek compensation for the deprivations inflicted on them by the R&D parties.

In the next several articles, I will explore ways in which third-parties may be able to use federal anti-trust and civil rights laws to permanently open the political process to all Americans.

Love and Science: Can Research Explain a Galaxy of Emotions?