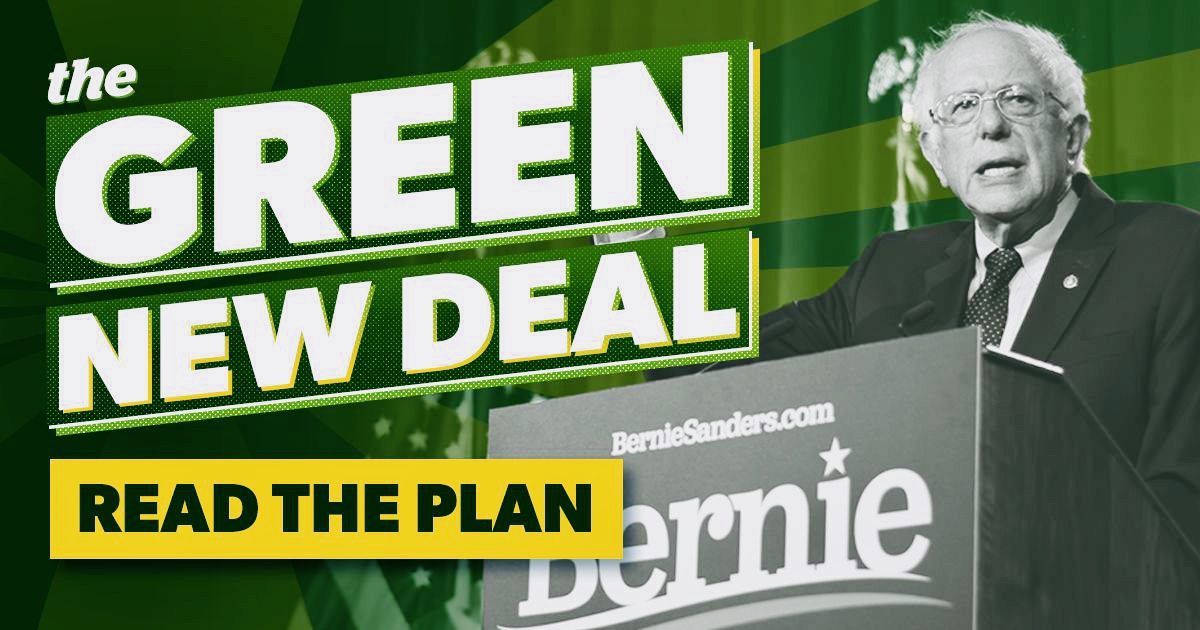 The plan aims to make 100% of energy in the United States renewable by 2030 and have “full decarbonization” by 2050, according to Reuters.

“As President, Bernie Sanders will boldly embrace the moral imperative of climate change and mobilize the political will necessary for a wholesale transformation of our society, with massive investments in sustainable energy, energy efficiency, and a transformation of our transportation system,” his plan reads.

TODAY @BernieSanders has released our plan for a #GreenNewDeal

For far too long, it's been easy for fossil fuel bosses to divide the working class over the environment. Not anymore.

Together, we will avert climate catastrophe and create 20,000,000 jobshttps://t.co/gLpwPeaOhL

His plan also alleges that it will “pay for itself over 15 years” by increasing taxes on fossil fuel companies, generating revenue from federal renewable energy, scaling military spending back by $1 trillion and collecting income tax from the 20 million new jobs the plan aims to create.

Sanders‘ website says a Green New Deal will “save American families money and generate millions of jobs by transforming our energy system away from fossil fuels to 100% energy efficiency and sustainable energy.”

It will also “protect workers and the communities in which they live to ensure a transition to family-sustaining wage, union jobs.”

The decade-long plan would factor climate change into every policy decision made by the U.S. government from immigration reform to foreign policy, according to Reuters.

Policies listed within the plan itself include moving the U.S. away from the fossil fuel industry, re-entering the Paris Climate Agreement that President Donald Trump said the U.S. will be formally removed from in 2020 and spending trillions of dollars to help workers in the fossil fuel industry, as well as minority communities, transition into a green-energy economy.

A Hostile Takeover of the US by Major Political Parties