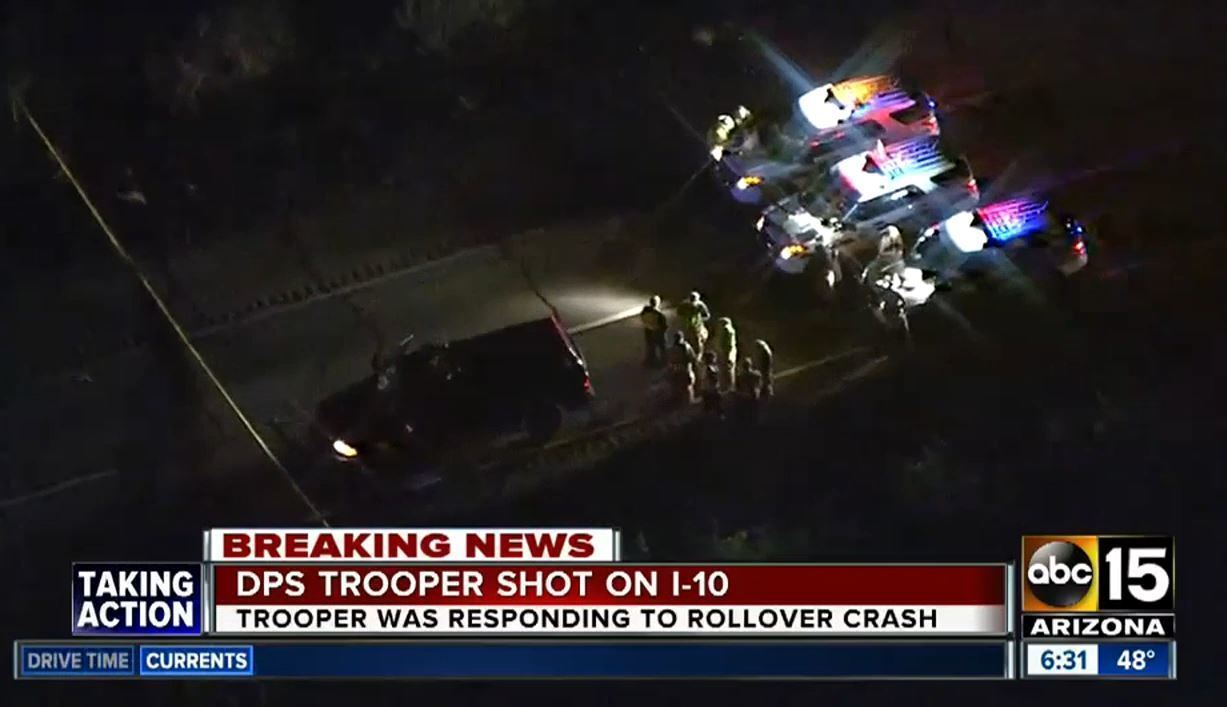 An Arizona trooper is alive today because of the actions of a Good Samaritan with a firearm.

The trooper, who is with the Arizona Department of Public Safety (DPS), was on a traffic stop after he received a report about a driver whose car was shot near a median, reports ABC15.

Reports then say that the trooper left the scene of the traffic stop to investigate the call, when he came across a rollover crash and found that the driver had been ejected from her vehicle.

That is when the situation became even more serious than just the crash.

DPS explained to ABC7 that as the officer was blocking traffic off with cones, a suspect came from an “unknown” direction and ambushed the trooper. The suspect shot the trooper at least once in the chest-shoulder area and fought the trooper to the ground.

Luckily, a passerby stopped by to render support to the trooper, who was asking for help. Reportedly, the suspect ignored the Good Samaritan’s commands to stop his attack. It was at this point that the Good Samaritan went back to his vehicle, retrieved his firearm and fatally shot the suspect, reports ABC15.

DPS said the injured trooper, who has been with the department for 27 years, was taken to an area hospital, where he was awaiting surgery. He is in stable condition.

Unfortunately, the woman who was ejected from her vehicle at the scene succumbed to her injuries. The cause of her crash is unknown, authorities told ABC7.

DPS Col. Frank Milstead said to ABC7 he has yet to speak to the passerby, but he had this message for him:

“Thank you because I don’t know if my trooper would be alive today without your assistance.”

Paul Ryan: Sanctuary Cities Are A Violation Of The Rule Of Law