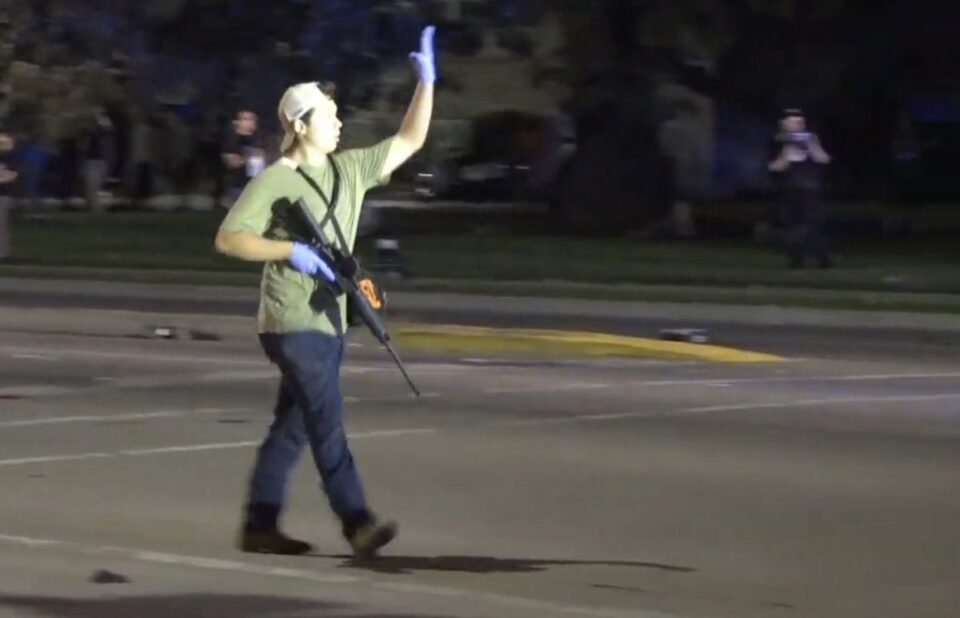 The charges follow altercations in Kenosha, Wisconsin where Rittenhouse shot one man fatally in the head attacking him at a car dealership. He was then chased by several rioters shooting another fatally who attacked him with a skateboard, and another in the arm who was pursuing him with a gun.

Attorney Lin Wood is representing Rittenhouse Pro Bono, according to The DC Patriot.

“Rittenhouse’s attorney, Lin Wood, said the teenager was acting in self-defense. Cellphone footage shows the shooter being chased into a used car lot by someone before shots are heard and the person lies dead. The shooter then runs down the street where he is chased by several people shouting that he just shot someone. He stumbles after being approached by several more people and fires, killing another man and injuring a third.”

Lin Wood previously represented Richard Jewell in the Atlanta Bombing case who was innocent and defamed by the media, and most recently the Nicholas Sandmann lawsuits against mainstream media organizations for defamation.

Wood is very good at what he does.

Especially when the charges don’t appear to fit at all, according to a New York Times analysis.

The New York Times reviewed and synced hours of livestream footage to piece together a timeline, and what they found does not appear to favor the charges.

The findings were summarized in a Twitter thread from Christiaan Triebert, who does visual investigations with the New York Times.

A teenager faces charges in shootings that left 2 people dead in Kenosha, WI. The @nytimes Visual Investigations team reviewed hours of livestreams to track 17-year-old Kyle Rittenhouse’s movements during and leading up to the shootings. [THREAD] https://t.co/FRCYlS5wgH

Rittenhouse is around that area in most of the footage we reviewed. About 15 minutes before the first shooting, police drive past Rittenhouse, and thank the group he’s with. “We appreciate you guys, we really do,” they broadcast through the speakers of their armored vehicles.

Rittenhouse eventually leaves the dealership (https://t.co/udrONTtQEY) and is barred by the police from returning, as seen @Ruptly footage, six minutes before the shooting: https://t.co/bxzrk75jk8. pic.twitter.com/AredrTnc9Z

At 23:19, Rittenhouse is seen in this YouTube livestream. He's being chased into a parking lot. While he is being pursued, an unknown gunman fires the first shot into the air. pic.twitter.com/BSD8rd6ARN

The muzzle flash of the first shot by the unknown gunman and the smoke rising from the handgun can be seen in this video capturing the first shooting from a different angle. pic.twitter.com/ddRjsgiMN7

The initial shot and Rittenhouse’s four subsequent discharges of his AR-15-style weapon are followed by three more shots in the parking lot — we don’t know who fired them. Rittenhouse seems to make a phone call and then flees the scene. pic.twitter.com/ddRjsgiMN7

At the same time, we hear at least 8 gunshots from farther away. Mr. Rittenhouse gets up and begins walking north from the scene, and 8 more gunshots are heard from closer range. It’s unclear who fired the other gunshots.

Triebert as well corrects his previous statement that an AR-15 is an assault rifle.

Another one, this is an AR-15-style rifle, *not* an assault rifle. It’s important not to conflate (but I did drafting and posting this tweet): https://t.co/jIKFuM24iw

According to Nationalfile, a GoFundMe for Rittenhouse’s legal fees was removed within minutes of being posted, while bail crowdfunding is allowed to remain for rioters.

However according to Attorney Lin Wood, the best place to donate for the defense is with Foundation, INC. Wood indicates that a website for donations to this non profit will be live shortly. 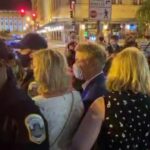 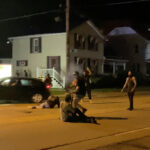