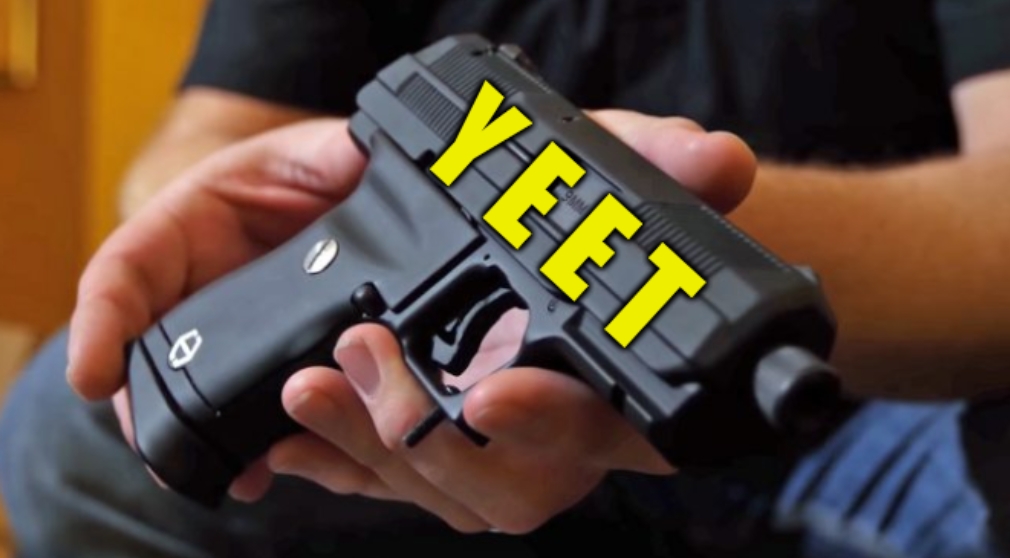 Conventional wisdom should dictate by now that you never ask the internet to come up with a name for anything.

The British government learned this the hard way when they created an online submission and poll to name their new $300 million research vessel. The winning name? Boaty McBoatface.

The British Government reneged on that poll, but ended up giving that name to a small submersible vehicle instead. This vehicle very recently made a breakthrough discovery about how Antarctic winds affect sea temperatures.

The winning name is the YC-9. The 9 indicates the gun’s 9mm caliber, and YC stands for YEET CANNON.

For those unfamiliar with the term YEET, it is an internet meme term that is much easier to understand from exposure than it is to explain. It can describe anything from throwing, to launching, to abolishing, disintegrating or destroying.

Telling someone you will YEET them into the sun is indicative of a hell of an uppercut. The rash of tourists who fell into the Grand Canyon over a period of days engaged in self-YEETing. Marvel character Thanos wears a YEET Gauntlet. Getting banned from Facebook for 30 days is a Social Media YEET.

So I suppose naming a firearm a YEET CANNON is a pretty good name for a gun that can YEET someone into the netherworld.

The YC-9 name was leading in the entries, and it wasn’t even close. 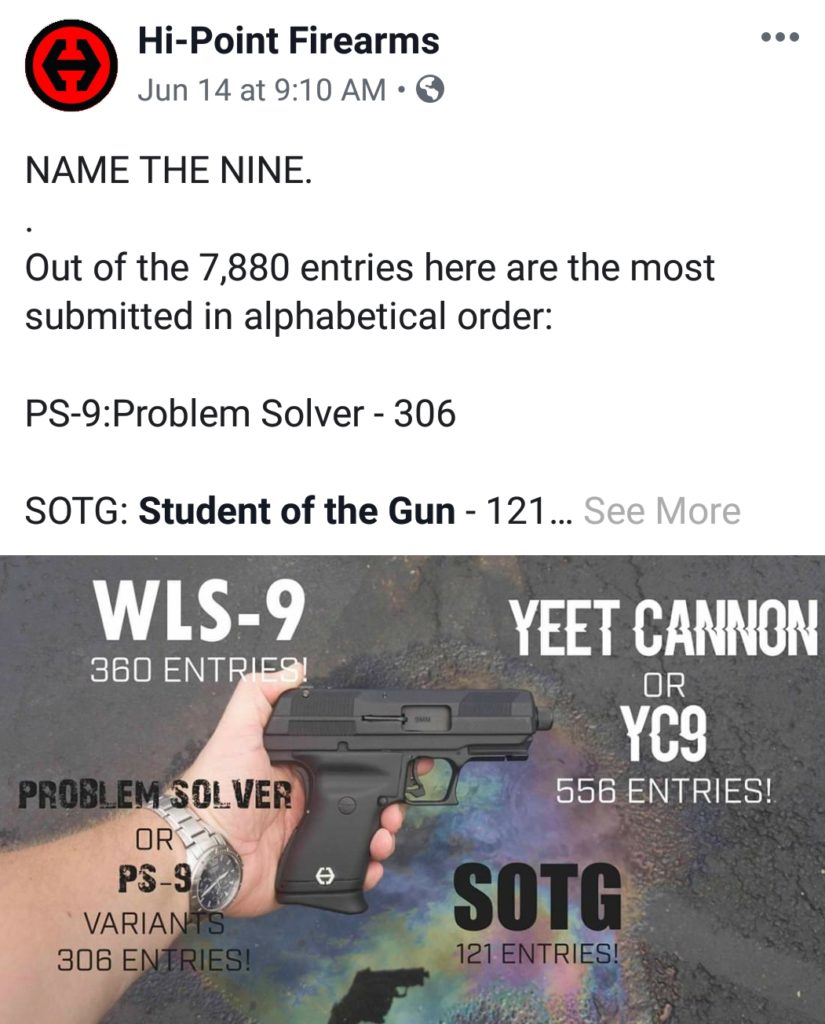 It appeared that Hi Point had written off this name despite its success, leaving it off of the Final 10 in their naming contest. 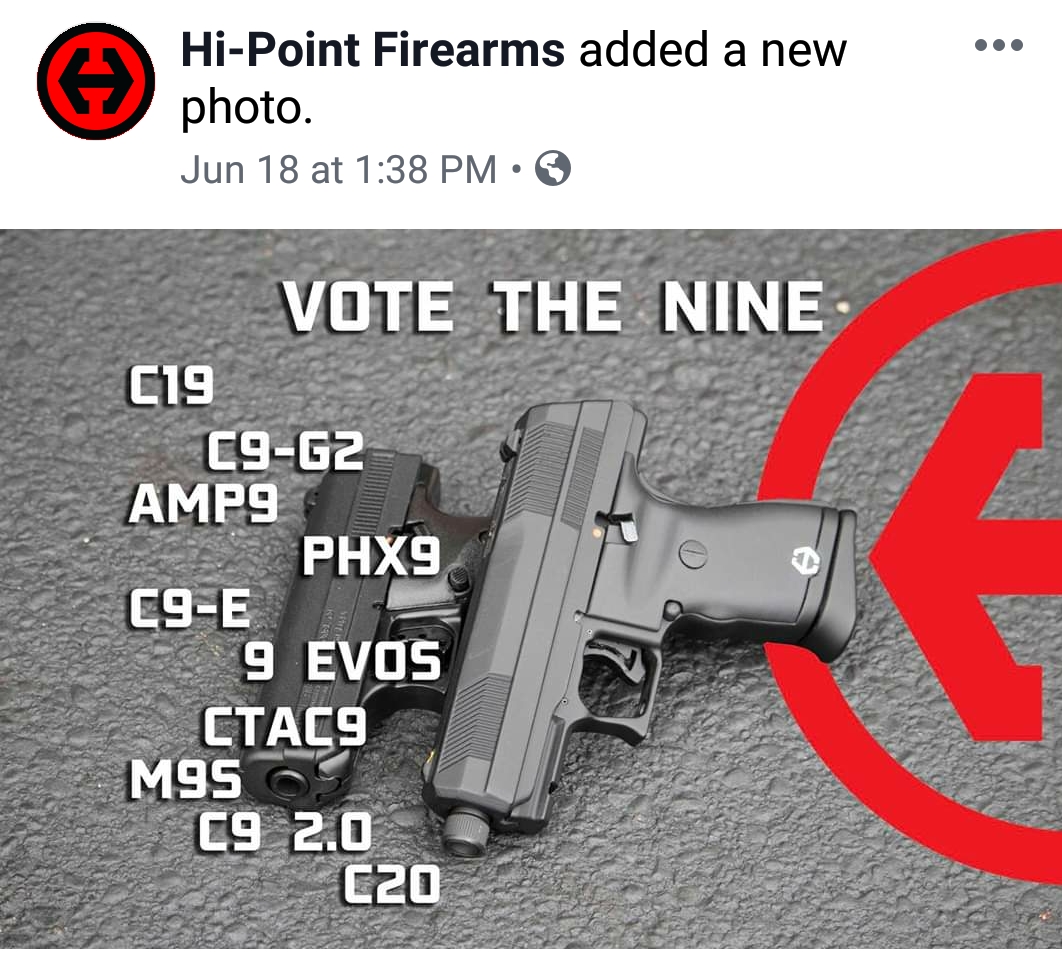 Competing gun manufacturer Heckler and Koch chimed in offering Hi-Point a collaborative photo shoot with YEET CANNONS, and telling Hi-Point to listen to their customers. 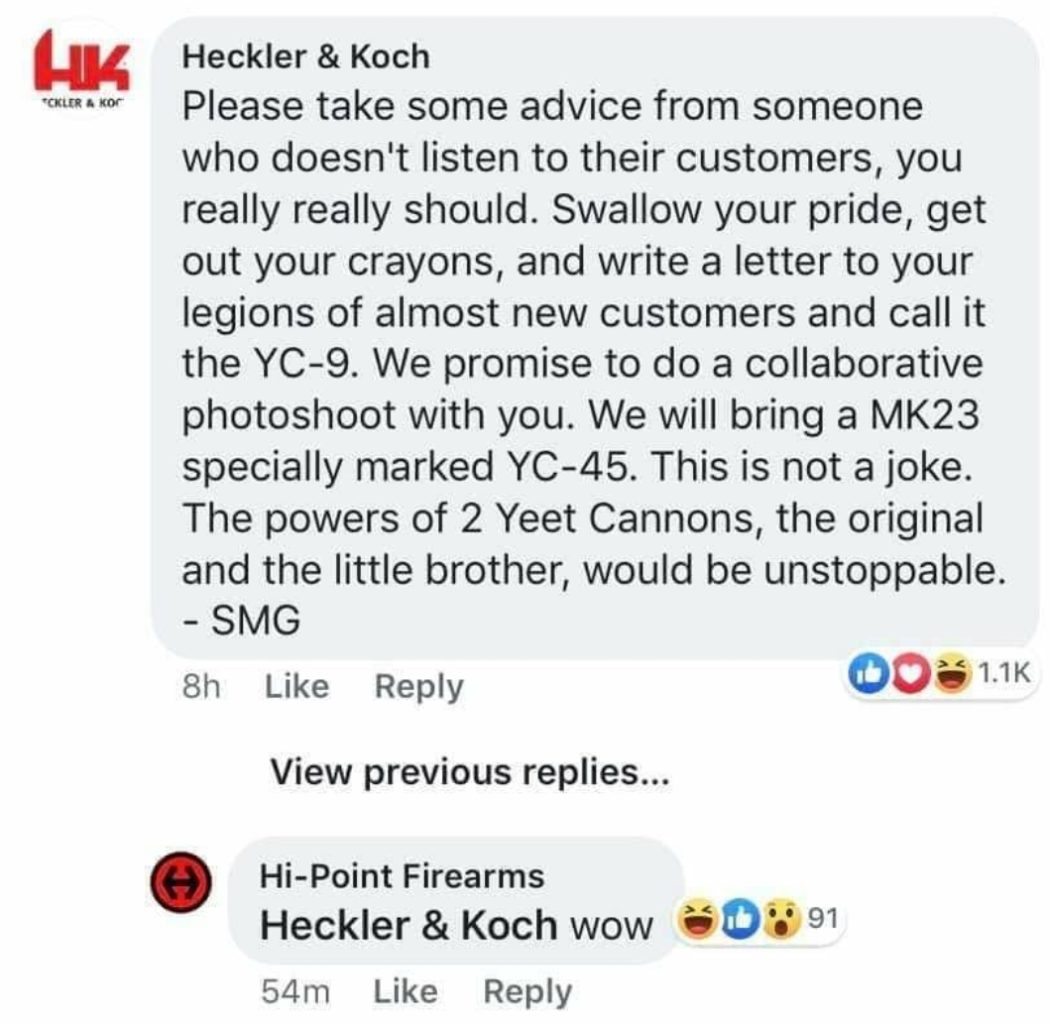 Hi Point then released a statement that the choice of the remaining Top 10 would go on to compete against the name YC-9. 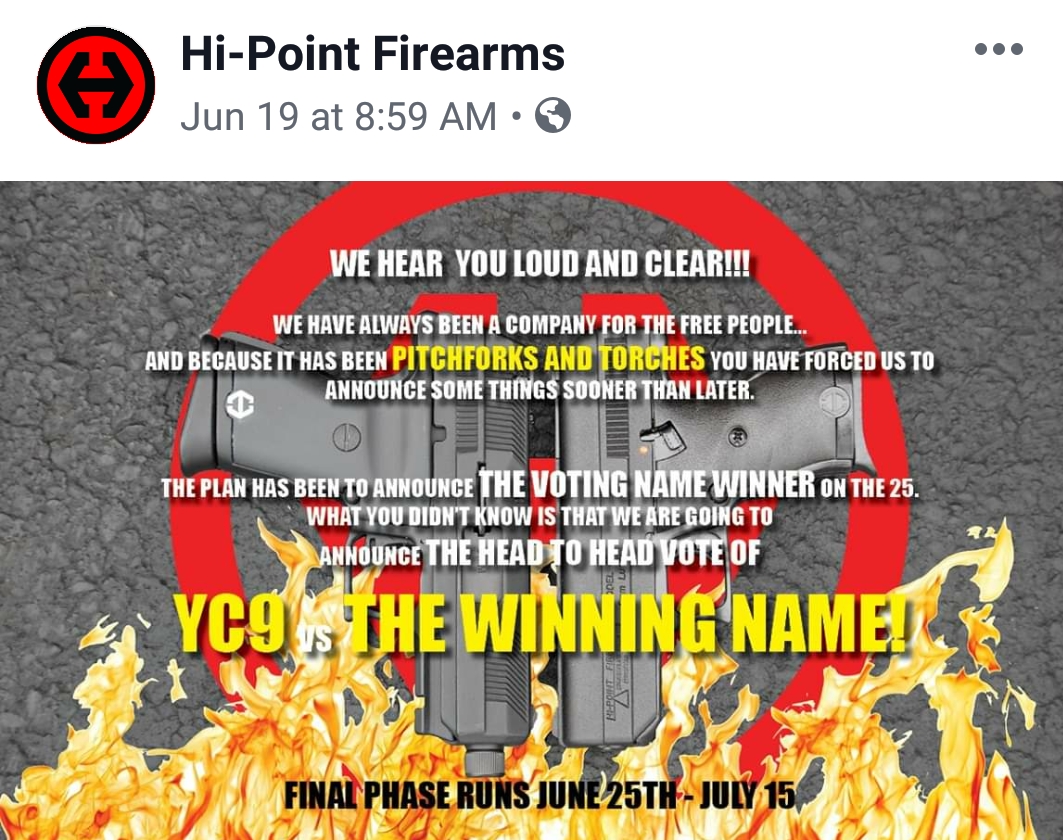 Still though, other manufacturers are jumping on this surge in YEET demand. Manufacturer Aero Precision USA is now offering pre-orders on YC-15s (AR-15 Lower Receivers with the word YEET engraved on the receiver) for $99. 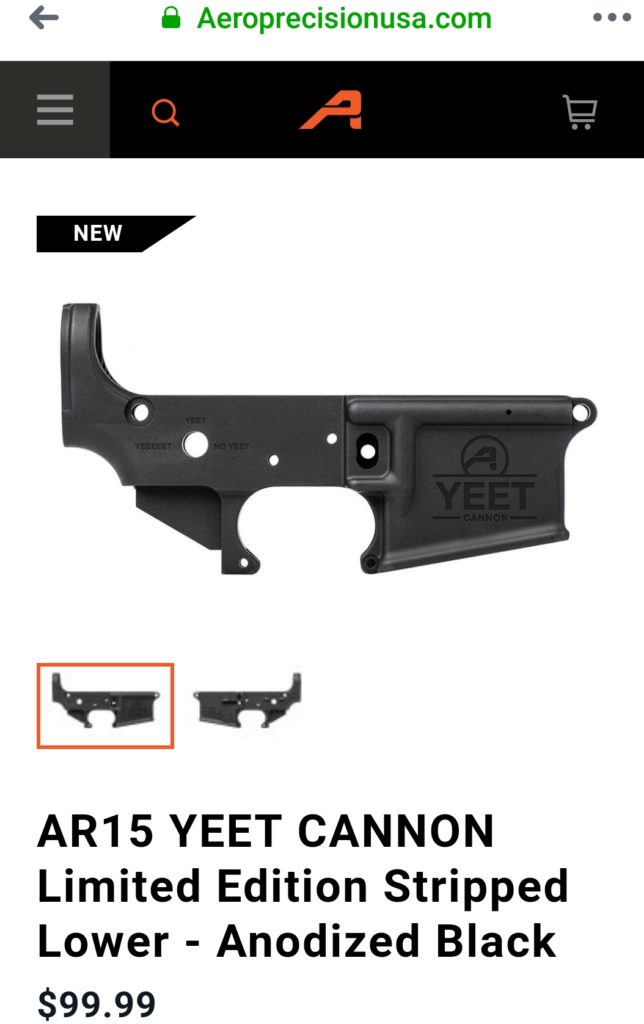 How to Do Online Shopping Without Cash