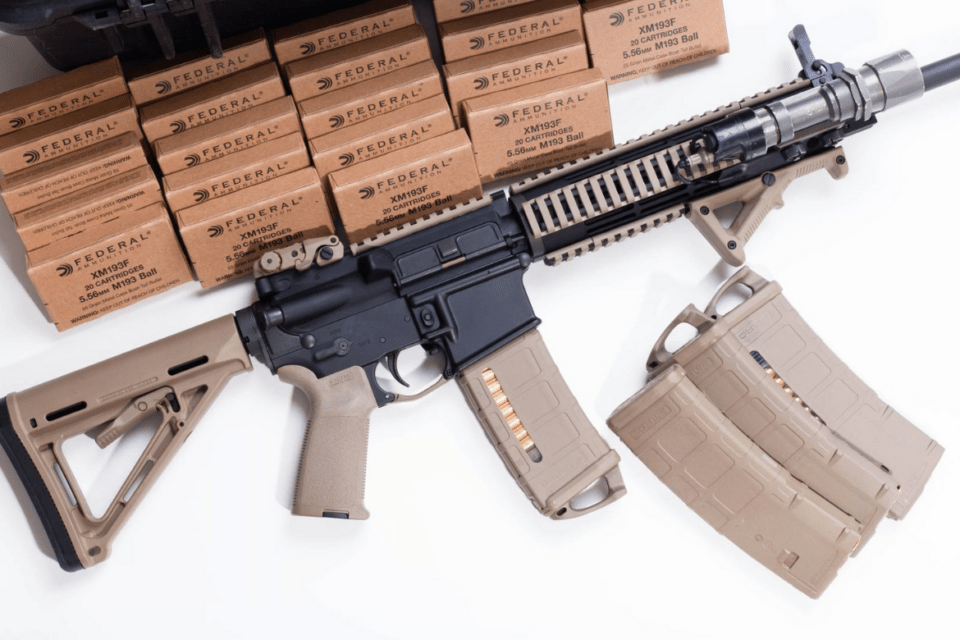 2020 has been a rough year for the gun owning community. Although thousands did successfully assemble peacefully in Virginia this past month, there are still many hurdles approaching to be overcome.

As it stands, Virginia is still on its way to strict gun regulation, and near every Democrat in the primary lineup is a gun grabber in one form or another. They say things like, “No one needs an AR-15. Period.”—the exact words presidential candidate Joe Biden himself posted to Twitter. However, the reality is that Americans use this firearm in their everyday lives, and there are a plethora of perfectly good reasons for this supposed “weapon of war” to not only be an American product, but an American icon of personal care.

The AR-15 is a wonderful home defense weapon, with smaller variations aplenty and many with much more controllable calibers. No surprise then that if you or grandma found yourselves in the middle of a home break in, either one could pull out that strap and make short work of any home intruder.

This is actually a perfect pick for grandma too, given that it is much more manageable (and lighter) than a wood furnished hunting rifle. Furthermore, the rounds used in an AR-15 are also a generally smaller round. While there are stories of Grandpa’s going Big Iron to settle problems Home on the Range style, it would also lead to many more ER trips on both ends of the barrel. This is a very commonly overlooked aspect of what AR-15’s finally offered when they became commercially accessible—an equalizing self-defense opportunity that allows anyone to more capably handle firearms to overcome aggressors.

#2: It is actually extremely good at shooting varmints

Your average city living American might not understand this, but out in the rural parts of this country, there are pests a lot bigger than rats or Antifa members—and unlike either of those, these varmints can’t be handled with just a broom. Generally, they are stronger and faster than anything you see in the city—wild hogs, coyotes, foxes, just to name a few. Normally, you might just call pest control, but that’s for a rodent. Pest control doesn’t get paid enough to handle those larger wild messes, and the Orkin man ain’t coming to knock on your door anytime soon.

What’s an American farmer left to do when their livestock keeps getting slain but grab an AR-15 and deal with the predatory vermin? One might argue it’s overkill, but to the people who have to actually deal with this kind of pest problem, it’s quality assurance. With ample control, a rifle round on the smaller side, and the ability to add nearly any sight of your choosing, it’s the perfect choice. Without this tool, it would be much more difficult for hard-working Americans to protect their livestock and livelihoods from skittering critters.

#3: It is an excellent rifle for both social and practical reasons

We’re not getting too high concept with this one—just good old fashioned enjoyment. Something that everyone understands is hobbies, even if at the end of the day everyone has hobbies the others might find weird. One person might be into cars, the other extremely obsessed with Hazbin Hotel, and of course everyone knew that one horse girl in school. The point is that everyone’s got their hobbies that interest them. Gun people like their firearms. I mean, there are entire meme compilations about how some people look silly at the range. There’s also hunting, which at times is totally doable with an AR-15, and ultimately it does help to have that sizable mag to dump at wild hogs with the boys. There’s some fun in the theater and a display of some of these ridiculous looking firearms. I mean, just look at when FPS Russia met Milo Yiannopoulos. It’s hilarious how giddy they are:

#4: It’s just as much a tool for knowledge as it is defense

The AR-15 is not only an optimal potshot machine, but also an instrument of learning. Given its modifiable nature, the rugged base weapon can become one that is much more easily handled (and thus accessible) for newer shooters—especially for kids and younger teenagers. Adding appropriate changes will allow any inexperienced shooter to overcome experience or strength barriers.

Better yet, AR-15’s are actually available in .22 LR, one of the smallest readily available rounds on the market. Using this caliber reduces recoil and rifles chambered in it are commonly used as teaching instruments. The AR-15 is also easily identifiable, making it ideal to use when teaching maintenance and cleaning. From AR-15 creation guides to dads showing their kids how to shoot for the first time, you can find videos for days of this kind of material. All of this shows that this firearm is one of the most commonplace and serviceable teaching tools of its craft.

#5: It keeps businesses, their owners, and their employees safe

This isn’t the first time gun laws were used to stop business owners from being able to defend their storefronts, and it won’t be the last. The AR-15 is a perfect firearm for any shopkeep looking to pack a walloping on any would-be troublemakers. Smaller variants are especially useful in this situation, given that they are easily hidden under a shelf or counter. Even if we end up accepting the argument of AR-15’s being “intimidating”, I daresay that would make it even more practical in these circumstances. If there’s anything we learned from the L.A. Riots, it’s that you don’t mess with the Roof Koreans… 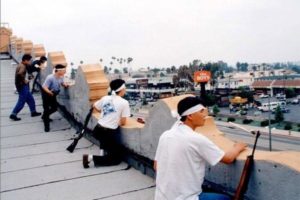 Open access to guns, especially the “scary assault rifles” is tantamount to good business. After all, an armed society is a polite one.