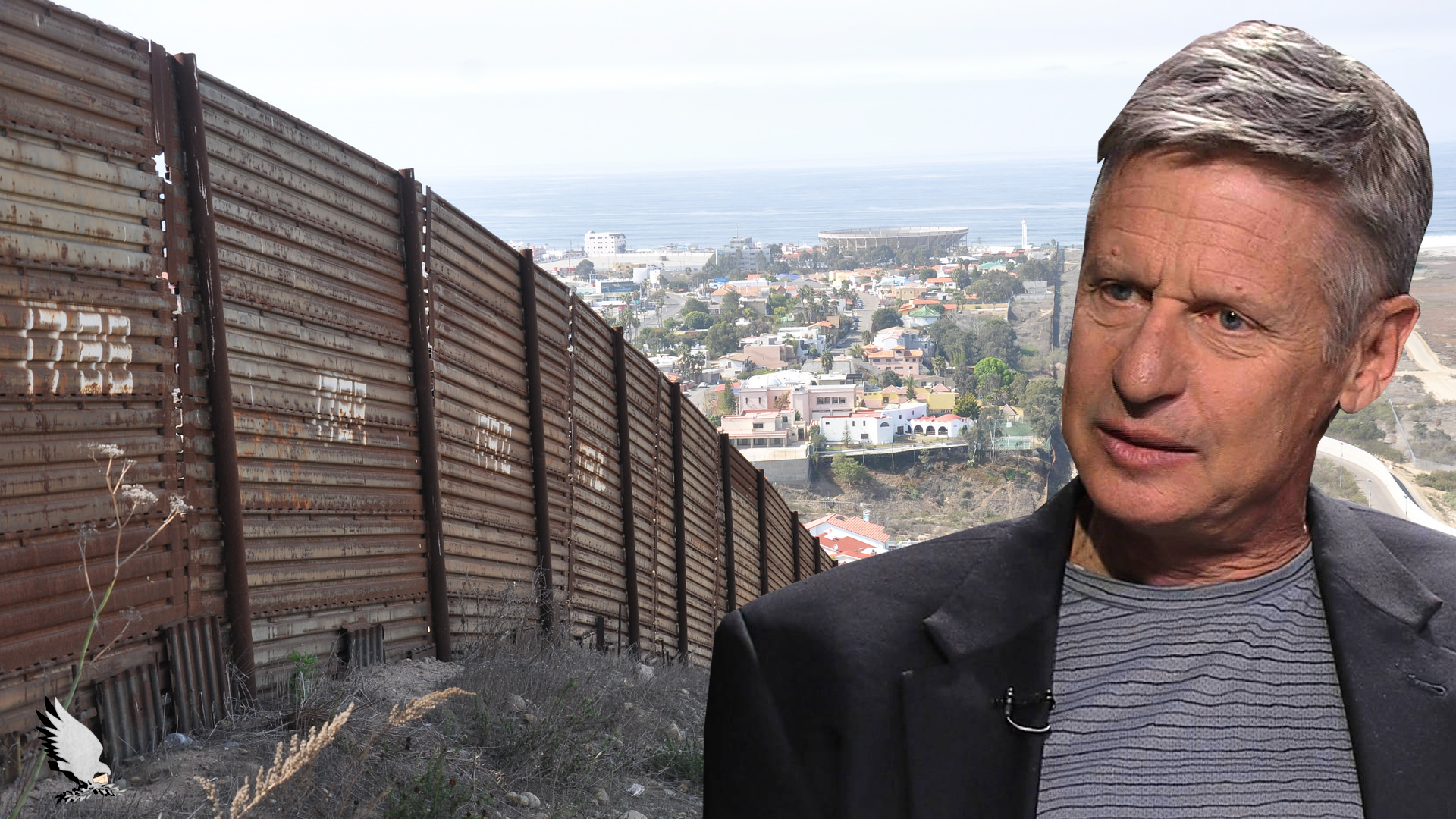 The issue of “illegal” immigration has been a hot-bed of incendiary rhetoric in the current election cycle. Emotions surrounding the issue are partially (perhaps largely) responsible for Donald Trump‘s ascension over the rest of the formidable GOP hopefuls earlier this year. Gary Johnson, the Libertarian presidential candidate, who was also the governor of a border state for 8 years, has quite a bit to say on the subject. Yesterday, in an interview with Townhall Media, Johnson sat down to discuss his thoughts concerning the current immigration situation, and his plan to rectify the problems with our current system. Here is a partial transcript from that interview:

Town Hall Reporter: You were, for 8 years, the governor of a border-state. What are your overall views on immigration and how do propose dealing with the problem of illegal immigration?

Gary Johnson: Well, first of all an acknowledgement that immigration is really a good thing. We are a country of immigrants. When comes to the deportation of 11 million illegal immigrants, or undocumented workers, that is based on misinformation from the very get-go. These are hardworking people who can’t get across the border to take jobs that U.S. citizens [don’t] want. So they cross illegally just like you or I would do if these were our families that we were trying to care for. Make it as easy as possible to come into this country to work, as possible. So, issue work visas. Make it easy to get a work visa.  A work visa should entail a background check and a social security card so that applicable taxes get paid. Don’t build a fence across the border. Not to change current border policy, just make it a lot easier to recognize who is crossing illegally. [They are the] cream of the crop when it comes to workers. Statistically they are not murderers and rapists. Statistically they commit far less crime than US citizens. A Wharton’s School of Business study about three weeks ago, an analysis of three different scenarios. One was cutting back on immigration, which would have a negative impact on the economy. Second option was increasing visas for high skilled workers, which would have a slight positive impact on the economy. The last one was increasing immigration by 50%, which would have a very positive impact on the economy. Don’t put the government in charge of quotas. There will either be jobs or there won’t be jobs. Right now, untold story, there are less illegal crossings today than there has been in a dozen years and right now there is a reverse migration taking place; people are going back to Mexico now because there are more jobs in Mexico right now than the United States. But, don’t put the government in charge of quotas. That is one of the problems with the 11 million undocumented workers that are here. And I’m not even talking here about a pathway to citizenship, but there should be a pathway to citizenship. Part of comprehensive immigration reform with regard to the 11 million undocumented workers that are here in the United States right now, make it an easy process to come in the door and get a work visa. As long as you’ve been law-abiding you’ll get a work visa. But, if we are going to deport 11 million undocumented workers, that is going to result in a real catastrophe — economically and a human catastrophe.

Johnson’s solution to the problem of “illegal” immigration is to make more immigration legal — and much easier.  By eliminating arbitrary government quotas which create horribly in-optimal results (the same type of quotas that cause wide-spread starvation, shortages and poverty in central command economies like North Korea), we allow the free market to determine what jobs exist and who those jobs go to. Adding more workers to an economy is a net positive. Workers produce.

This is a fact that many people overlook, particularly politicians, when considering this issue. Human beings must consume to survive, but they must produce to consume. More workers (producers) that are present in an economy equal a greater potential value of total production. The former governor’s approach to immigration is refreshingly free market, humane, pragmatic and economically sound. If implemented, it would effectively neutralize this issue across the board — increasing the number of legal productive citizens, filtering out criminals trying to enter, bolstering the economy, and even increasing municipal coffers through additional tax revenue.

What do you think? Is Gary’s plan a good idea? Should we build a wall like Trump wants to do? Watch the entire segment and let us know your thoughts on Facebook or in the comments below.

Colin Kaepernick is Right, but He’s Doing It The Wrong Way