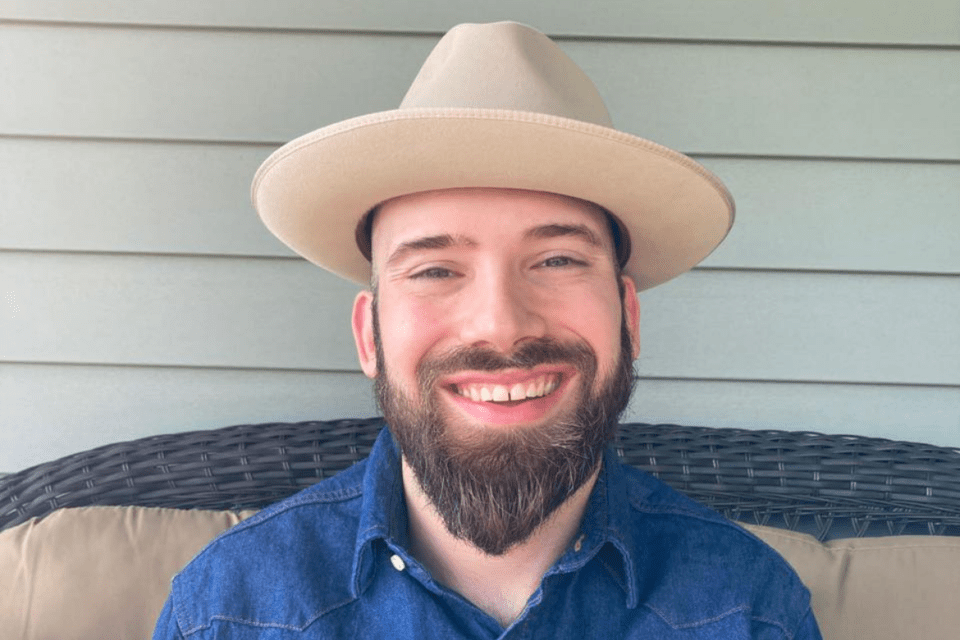 “I do so dearly believe that no half-heartedness and no worldy fear must turn us aside from following the light unflinchingly.”  – Letter to Edith, quoted in J.R.R. Tolkien: a biography (1977) by Humphrey Carpenter

The words of Tolkien certainly ring true in my life’s story as I reflect back on the two years I have spent writing as a member of the staff here at The Libertarian Republic. It was my passion for liberty and deep love for America that eventually led me to TLR’s doors, and it is that same spirit that will carry me through to the next chapter of my career in media as a contributor at The Western Journal.

My story is one of triumph in the face of what some may consider impossible odds. It has been my dream my entire adult life to be a political commentator with my own national radio/television program. This is a dream many would consider to be quite a longshot for anyone, much less a man born with cerebral palsy with no college degree in any sort of field that would help me break into political media. All I had when I came to TLR was my name, an in-depth knowledge of our founding principles and American history, and a colossal-sized dream.

I first became aware of Austin Petersen during his 2016 Libertarian Party presidential campaign. Little did I know that my introduction to this radical liberty-loving Missourian would set me on the path to living my dreams as well as blessing my life with an exceptional and loyal friend.

Two years later, during his Republican Senate Campaign, he did an Instagram livestream in which he spoke about his company, The Libertarian Republic, and how his mission was to help people get a start in politics to go on to make changes in the political sphere for liberty. I knew in my heart that this was my chance to use my gifts to make the world a better place, and so I reached out to Austin and started my career in media with TLR.

In two years, I have risen to the top of the ranks at TLR and achieved things I never thought possible. I have written articles which have been retweeted by big names in Conservative media like Glenn Beck, The Blaze Media, Ben Shapiro, and Micheal Knowles (of The Daily Wire). It has been my honor to interview celebrities and prominent political activists such as my favorite rapper Kemo the Blaxician of Delinquent Habits, and Pro-Life Activist Abby Johnson, who I never imaged I’d have the privilege of speaking to. I have been a regular guest on the KWOS Morning Show with Austin Petersen and John Marsh, which has allowed me to sharpen my persona, further preparing myself for my ultimate goal of having my own radio/television program.

It is the light of liberty that lead me here, and it is the same light that now illuminates my path as I make my next pit stop on the road to my destiny, as a contributor at The Western Journal. As one chapter closes and another is opening, I reaffirm my commitment to all of you as my readers that you can always count on me to be honest and open with you no matter the circumstances. I also reaffirm my pledge to the idea of America which made this country a shining city on hill and an example to the rest of world. I will use every gift and talent I possess to defend the ideas of economic and personal liberty as they are fundamental to the longevity of the human race.

I want to thank Austin Petersen for allowing me to write as a member of the staff at TLR and helping me reach my dreams. You recognized my gifts from the very beginning and have helped me to make them a reality. You have been much more than a boss, but a dear friend whom I love more than I can express. Our friendship means more to me than you’ll ever know and you’ll always have a special place in my heart. I also want to thank my dear friend and editor Camellia Peterson, who like Austin, has seen what I could be and polished me until I shined. You have been a loyal friend and support system and I wouldn’t be here without you. I love both of you with all my heart.

I also want to thank my family for their love and support over the past two years. There are far too many to list you all, but my love and gratitude are with all of you.

Most of all, I want to thank Christ for loving me and blessing me with my gifts, which allow me to do my part to make this world a better place. Without Him, none of this would have ever been possible. It is through Him that I live and breathe and that my story was made possible.

As my platform grows, I will always be grateful for my time at The Libertarian Republic and remember it fondly. My road to victory has not been an easy one, but my hope will always be that it inspires others to live their own dreams.

As Thomas Paine said, “Tyranny, like hell, is not easily conquered; yet we have this consolation with us that the harder the conflict, the more glorious the triumph”.

Editor’s Note: It has been an honor and privilege getting to know Caleb and I am thankful for the contributions he has made to the TLR community. He is well-loved by many, including myself, for his huge heart for liberty, America, and her people. Caleb has been an inspiration to me, overcoming so much more than many of us will ever know. Helping writers like Caleb hone their craft is why I began working with TLR. It has been a delight to watch him grow in skill and confidence. I wish him only the best as he begins this new chapter—and I look forward to reading it!  — Camellia

Check Out These Basics Before Going To Use Second-hand Mac