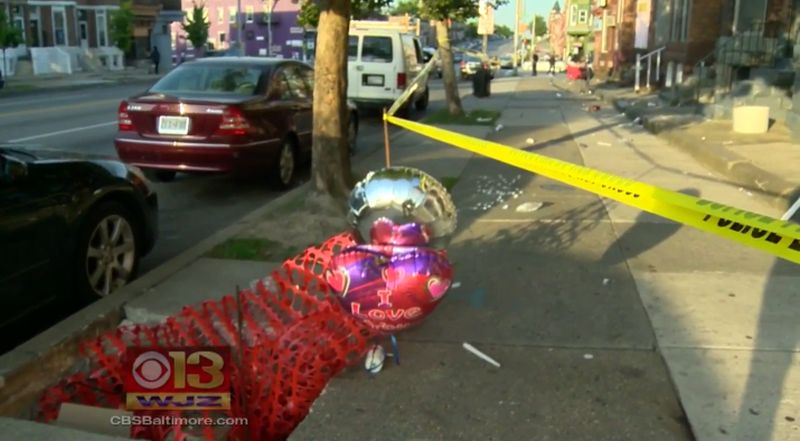 Five people honoring a loved one who was killed in a shooting were shot themselves in Baltimore Monday evening.

Jermaine Scofield was one of three people killed, and one of four people shot, early Sunday morning around the 1800 block of W. North Avenue, according to NY Daily News. Police said about 20 to 30 people were in the same area the next day for a candlelight vigil to pay tribute to Schofield when an undetermined gunman opened fire on the grieving crowd.

“Here you are, coming together to have prayer, then, all of a sudden, gunfire comes. It’s not a pretty sight,” Rev. Keith Bailey, president of the neighborhood association, told NBC’s Baltimore news affiliate. “There were some bullets from everywhere, and we saw the people screaming. We don’t know where they came from.”

Four women and a man were wounded, in which two of the female victims were found at the scene by police officers and transported to the local hospital, while the three other victims were admitted to the hospital on their own volition.

Authorities say there are no known motives or suspects at the time.