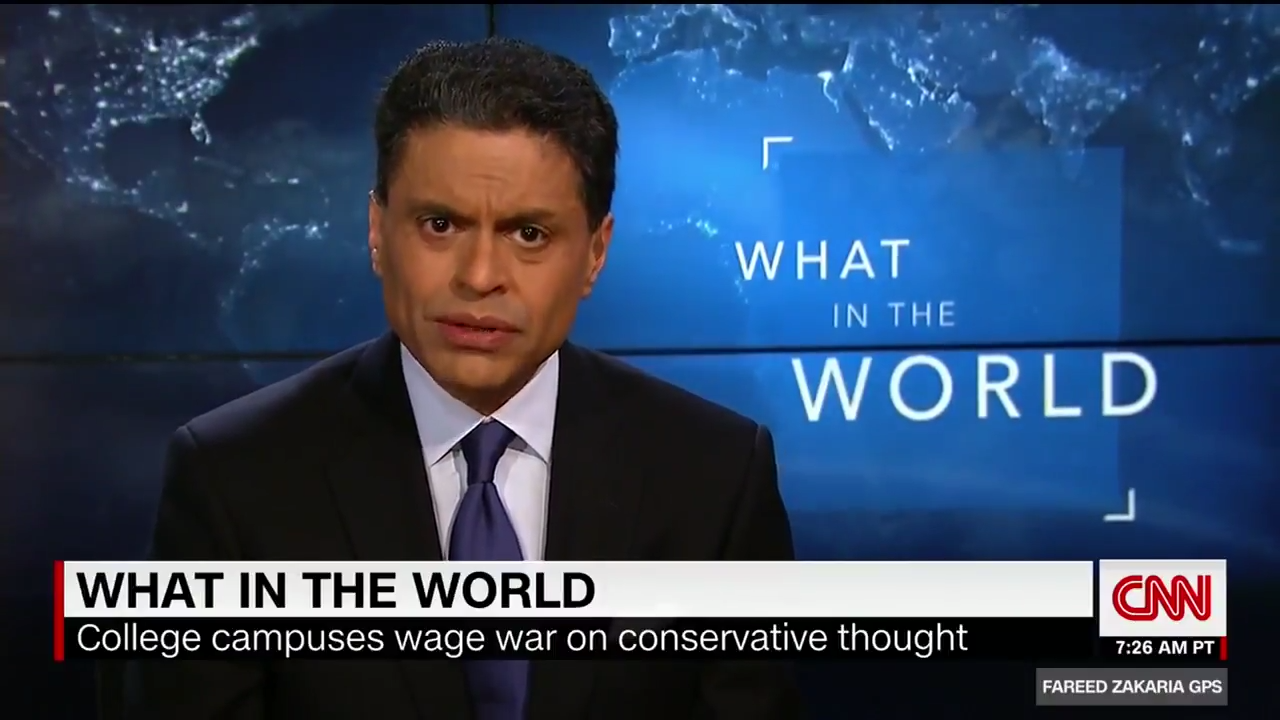 As universities around the nation enter and complete graduation season, it is becoming increasingly difficult to ignore the left’s blatant hypocrisy surrounding intellectual diversity.

Over and over you hear about commencement speakers warning of doomsday under President Donald Trump, or harping on about the need for “tolerance.” Ignoring the fact that they only care to tolerate what they deem acceptable or that which affirms their biases. As apparent by the walk-out staged as the Vice President of the United States gave the commencement speech for the University of Notre Dame.

The trend has become so noticeable that even some on the left cannot ignore it any further. Enter CNN’s Fareed Zakaria, who as opposed to utilizing his time to address graduating students with an affirmation of his own political commentary took the time to discuss what is an illiberal approach to what is supposed to be, as he calls it, a “liberal education.”

Beyond just addressing the students at Bucknell University, Zakaria reiterated his message during his monologue on CNN.

Transcript from the Blaze:

“We’re at the height of commencement season and people are imparting their words of wisdom on newly minted graduates,” Zakaria began. “I was honored to give the commencement at Bucknell this year. But at Notre Dame, where Vice President Mike Pence was giving the commencement address, the ceremonies were interrupted by a hundred students who turned their backs on Pence and walked out in protest.”

“A few weeks earlier U.S. Secretary of Education Betsy Devos was booed while giving the commencement address at Bethune-Cookman University,” he said. “I talked about this issue at Bucknell and I wanted to share those thoughts here.”

“American universities these days seem to be committed to every kind of diversity – except intellectual diversity,” he continued. “Conservative voices and views, already a besieged minority, are being silenced entirely.”

“The campus thought police have gone after serious conservative thinkers like Sarah MacDonald and Charles Murray,” he explained, “as well as firebrands like Milo Yiannopoulos and Ann Coulter. Some were uninvited, others booed, interrupted and intimidated.”

“It’s strange that this is happening on college campuses that promised to give their undergraduates a liberal education,” Zakaria continued. “The word liberal in this context has nothing to do with today’s partisan language, but refers instead to the Latin root, pertaining to liberty. And at the heart of liberty in the Western world has been freedom of speech. From the beginning, people understood that this meant protecting and listening to speech with which you disagreed.”

“Liberals think they are tolerant, but often they aren’t,” Zakaria concluded. 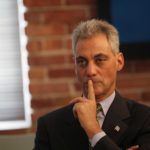 Chicago Mayor On Clinton 2020 Bid: ‘It’s Not A Good Question’ 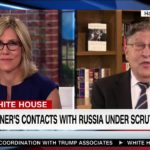 Former NH Gov. Calls Out CNN, ‘How Much Crow Are You Going To Eat?’